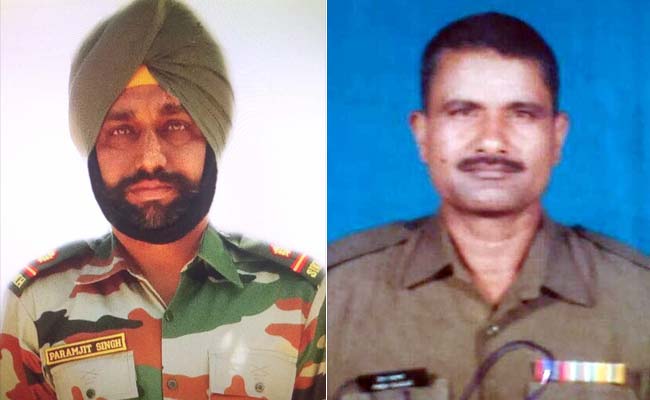 The Prime Minister will also be conveyed about the current situation prevailing at the Line of Control (LoC).

Pakistan’s brutal Border Action Team (BAT) mutilated the bodies of two Indian soldiers on Monday in Krishna Ghati sector along the Line of Control, where they had beheaded Lance Naik Hemraj in 2013.

The Indian Army confirmed the involvement of the BAT in the gruesome act.

“Pak Army carried out unprovoked rocket and mortar firing on two forward posts on the Line of Control in the Krishna Ghati sector. Simultaneously, a BAT action was launched on a patrol operating in between the two posts. In a unsoldierly act by the Pak Army, the bodies of two of our soldiers in the patrol were mutilated. Such despicable act of Pakistan Army will be appropriately responded,” read the Indian Army’s statement.

ALSO READ: India hits back after jawans mutilated on LoC

The Act of killing & mutilating the bodies of two of our soldiers is the most reprehensible & barbaric. The sacrifice will not go in vain.

We have fullest confidence in our Armed forces who will react appropriately.

It is the same Krishna Ghati sector where the Pakistani BAT had beheaded Lance Naik Hemraj and badly severed the head of Lance Naik Sudhakar Singh of 13 Rajputana Rifles, on January 8, 2013.

Army Chief General Bipin Rawat arrived in Srinagar yesterday and took stock of the security situation in Jammu and Kashmir.