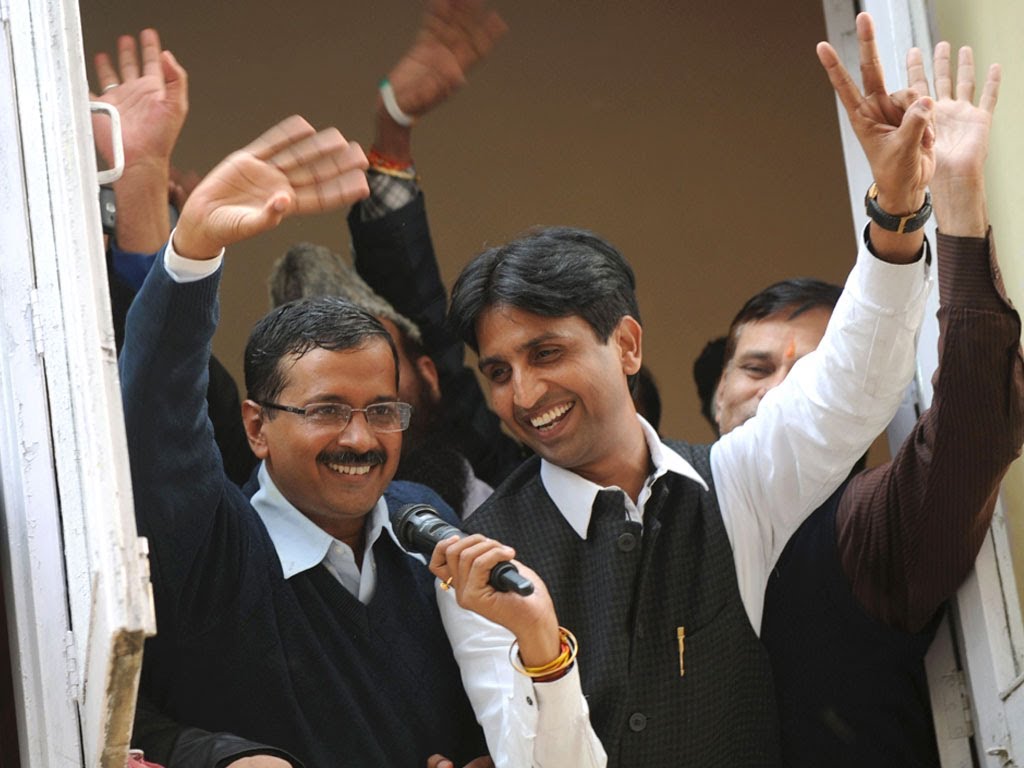 New Delhi: Amid reports of escalated internal war in the Aam Aadmi Party (AAP) following the Municipal Corporation of Delhi (MCD) elections drubbing, the party on Monday rebuffed the speculations of internal rift, saying that the party stands united now more than ever.

“I don’t think there is much issue within the party. But few people are new to politics. As a result, they are not able to take the result of the MCD polls positively. They should have patience and should work in coordination,” AAP leader Rajendra Gautam said.

Gautam even condemned Party leader Amanatulla for his remark against Kumar Vishwas and said one should refrain themselves from giving any such statement on any senior leader of the Party.

” Manish Sisodia, Arvind Kejriwal and Kumar Vishwas are the pillars of the party. We should support the senior leaders of the party and should remain intact and work for the welfare of the people. The way the party was formed to fight against corruption in the country, people expects a lot from us,” he said

Another AAP leader Adarsh Shastri echoed similar sentiments and said that stringent action should be taken against Amanatullah Khan for making such baseless remark on party leaders.

“I am shocked and hurt by what Amanatullah Khan has said. He is the member of the most important political body of the party. I would ask the party to take a very strong view on the same and summon him. If he is so sure about this, why does he not name them? There is no rift, everybody is standing united we are like brothers,” he said.

Earlier on Sunday, Delhi Chief Minister Arvind Kejriwal claimed that some people are trying to create a rift between him and senior party leader Kumar Vishwas.

“Kumar Vishwas is my younger brother. Some people are trying to showcase a rift between us, such people are the enemy of the party. Nobody can separate us,” Kejriwal said in a tweet.

Earlier, another party MLA Amanatullah Khan alleged that Vishwas was conspiring to break the party and had asked some legislators to join the BJP with an offer of Rs. 30 crore each.

This prompted Kejriwal to say that attempts were being made to create a rift between him and Vishwas.

Khan circulated a WhatsApp message saying Vishwas had called some AAP MLAs to his home with the monetary offer at the behest of the BJP.

Following the mass exodus and reports of in-fighting within the party, Kejriwal earlier on April 29 struck a note by admitting that the party made some crucial mistakes which led to their heavy defeat in the Delhi’s civic polls.

Accepting his mistakes, Kejriwal asserted that it’s time to get back to work.

In yet another blow to Kejriwal, Vishwas raised doubts about the former’s ability to win elections and said the party should do soul-searching for the repeated defeats.

He suggested that the party should consider taking drastic steps, including leadership change, if it wants to remain viable in the political arena.

He said that Kejriwal’s stand on the surgical strikes was wrong adding that the party needs ‘radical reforms’.

In the recent past, other AAP leaders like Alka Lamba and Kapil Mishra have also been critical of the party’s views on the poll debacles.