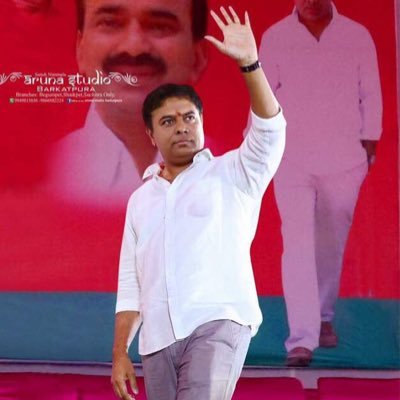 Most irresponsible & reprehensible thing coming from a former CM. Request you to withdraw these comments unconditionally or provide evidence https://t.co/cg7p7Ym48X

K.T. Rama Rao is also the son of Telangana Chief Minister K. Chandrashekhar Rao .
“Highly irresponsible and reprehensible and coming from a senior man like him is a shameful statement that he has made. When it comes to police and armed forces, I think we have to exercise utmost restraint, coming from a former chief minister and coming from a senior congress leader I feel utterly dejected because of his wordings and because of the way he tried to hurt the morale of Telangana police. Telangana police is doing an exemplary service and I demand Mr Digvijaya Singh tendering an unconditional apology and withdraw his statements,” KTR told the media.

He also demanded Congress vice-president Rahul Gandhi to intervene into the matter.

“I also demand Congress vice president Rahul Gandhi to intervene in this matter and restrain Mr Singh or else we would also think that there is an indirect support from Mr Gandhi as well and the Congress party itself. We demand an unconditional apology for lowering the esteem of Telangana police forces and this is not for the first time that Digvijaya Singh has done this. He has commented on Delhi Police and Indian Armed Forces in the past and now he has resorted to the same tactic with respect to Telangana police. I demand that he take back his words and tender an unconditional apology to the Telangana police,” he added.

DGP of Telangana Police also took to twitter asserting that such unfounded allegations by a senior responsible leader will lower the morale and image of Police engaged in fighting anti-national forces.

Unfounded allegations from a senior responsible leader will lower the morale and image of Police engaged in fighting anti-national forces https://t.co/vzR8dfVldc