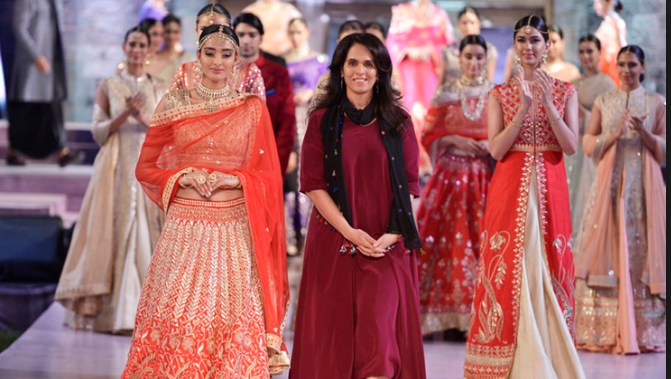 New Delhi [India], Apr 29 : Designer Anita Dongre, who has been showcasing her couture lines at the fashion weeks, has become the first Indian designer to open not one but two stores in SOHO, New York’s prime shopping locality.

Anita’s sustainable brand ‘Grassroot’ will make its overseas debut with a store in Broome Street by end of June.

Sharing her thoughts on the brand’s presence in NYC, Anita said that for her New York has always been a melting pot of different ideas and expressions. She believes, opening of ‘ The Bridal Store’ and ‘Grassroot’ in this space that encourages the conscious, sustainable fashion is quite exciting.

The store will showcase the brand’s fresh new look for the New York summer. This brand is aimed at celebrating traditional Indian crafts while reviving and sustaining the indigenous industries.

The designer has a lot of NRI brides who have been travelling to India to select their wedding wear. The New York store is a big step in getting closer to her American consumers.

The Grassroot opening will be soon followed by the launch of the Anita Dongre couture store on Wooster Street by mid-July.

Anita Dongre is the only India-based designer to be opening her store in New York. Outside of India, the only other designer’s flagship store is in Mauritius.