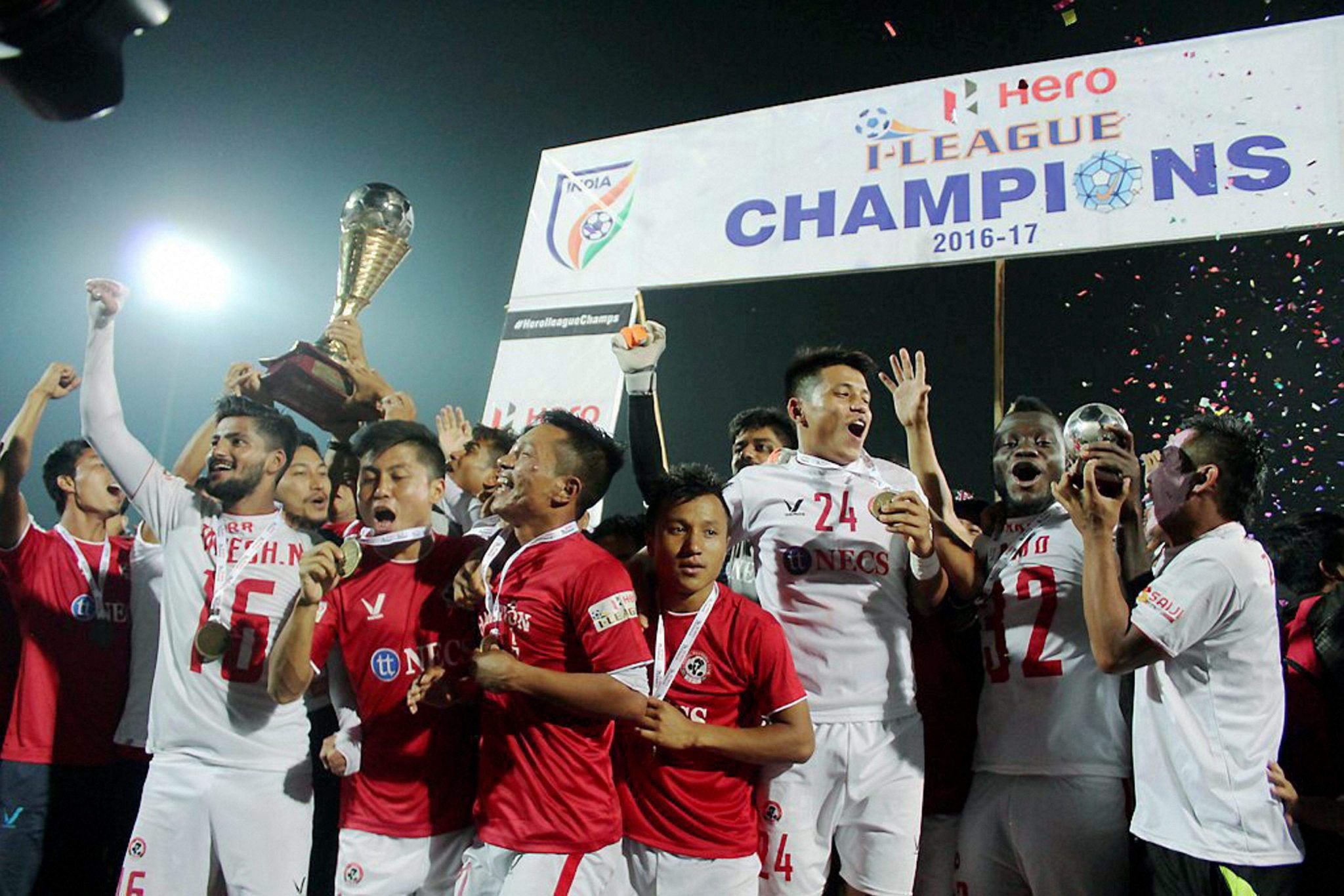 Shillong (Meghalaya): Aizawl FC created history by becoming the first club from the northeast to win the I-League after they held hosts Shillong Lajong FC to a 1-1 draw under lights at the JN Stadium here on Sunday.

The champions rallied to restore parity against their fellow northeast rivals much to the delight of the hundreds of their fans who travelled all the way from Mizoram to witness the historic clash. 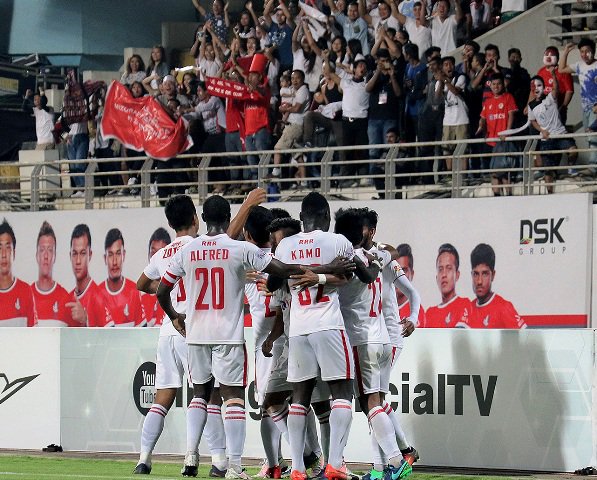 Aizawl needed at least a draw to bag the title and super sub- William Lalnunfela emerged hero for the visitors by netting home the most important goal of the season in the 67th minute.

Lajong had dented Aizawl hopes right in the 9th minute when season top-scorer Dipanda Dicka headed one in to bring the home fans alive. Dicka almost dashed Aizawl’s title hopes in stoppage time when he hit the post to miss the race by an inch.

With 37 points from 28 matches, Aizawl were a point ahead of Mohan Bagan who beat Chennai City FC on Sunday. The side from the Northeast thus won its maiden I-League title only in its second campaign much to the delight of its faithful who have stood by its side through and thin.

Lajong meanwhile finished fifth, their best ever in the I-League with 26 points from 18 matches.

Earlier Lajong threatened to spoil the Aizawl party by striking in the 9th minute through none other than star striker Dipanda Dicka. Dicka just managed to head it in from close range after a fine cross from Redeem Tlang on the left.

Five minutes later, Vishal Kaith made a brilliant save to deny Aizawl. 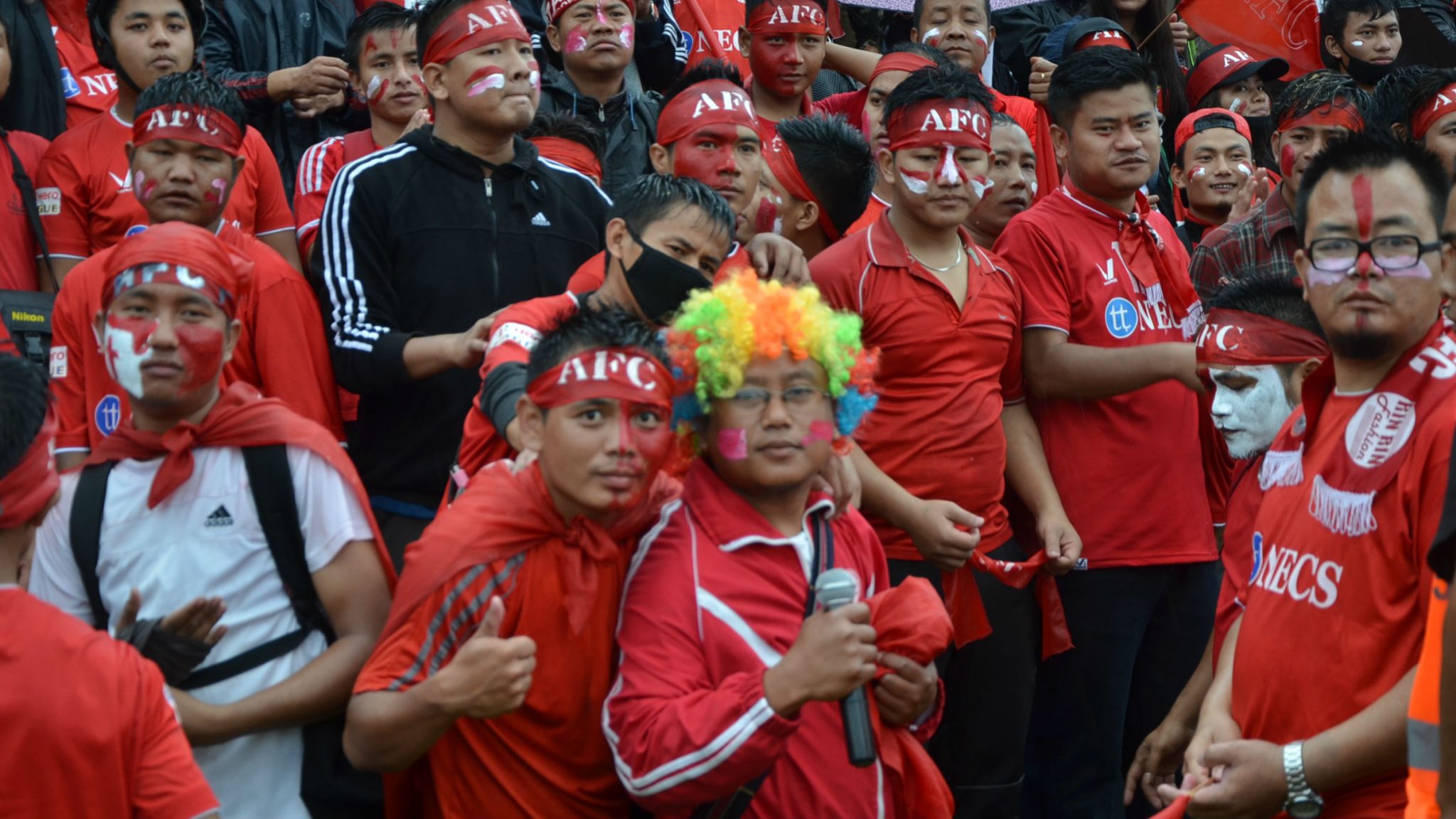 In the 23rd minute, Dicka was brought down just outside the box and Issac almost converted off the resulting free kick if not for a desperate save by rival custodian Albino Gomes.

Mahmoud Al Amna missed an opportunity to restore parity for Aizawl at the half hour mark when his scorcher of a shot when just over the bar.

Aizawl’s ill luck continued and in the 36th minute, Bayi Stephane backheeled a shot with Vishal rooted to the spot. However, unfortunately for Aizawl Redeem cleared the ball at the goalmouth.

Crossing over Aizawl stepped up the attack and Jayesh Rane was guilty of missing out twice in the 55th minute, on both occasions hitting the ball over the post.

At the stroke of the hour, William Lalnunfela headed one into the nets but it was soon called offside.

Aizawl finally struck gold in the 68th minute when Lalnunfela slammed the ball in of a rebound from the crossbar. Vishal had advanced and caught out of position and the Aizawl men made the best out of it.

Just when it looked like Aizawl are going to walk away with the title Dicka burst into the scene like a villain to the thousands cheering the Mizoram side. Lajong’s go to man this season hit the crossbar in the stoppage time (92 min) much to the relief of Aizawl. A minute later Dicka was a fraction of a second late in reaching out for the well-delivered ball at the goalmouth.

In the end, it was a fairytale win for Aizawl who happily walked home with the trophy in front of over 23000 who turned up for the NE derby.