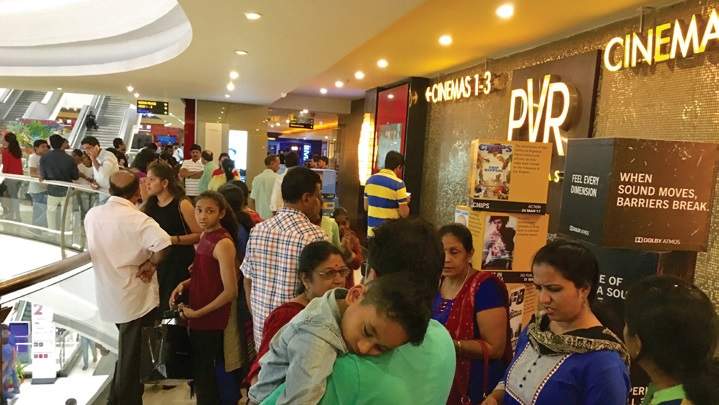 The Karnataka government will issue in the next two days an order for implementing a state budgetary proposal to cap cinema ticket rates at Rs 200, a top official said today.

The delay in issuing the order has triggered a public debate as cinema theatres had started charging whopping ticket prices for the keenly awaited “Baahubali-2”, which hit the screens yesterday.

The order would be issued in the next two days, Principal Secretary for Information, M Lakshminarayana told the media as the high pre-booking prices of ‘Baahubali-2’ tickets brought to the fore again the demand for implementing the proposal.

Karnataka Film Chamber of Commerce (KFCC) President Sa Ra Govindu said, “It looks like the order will be issued in the next two days, probably after Monday.”

Govindu has been pushing for implementing the proposal after the KFCC received complaints of exorbitant ticket rates being charged for the Prabhat starrer and S S Rajouli directed “Baahubali 2:The Conclusion”.

He is pressing for refund of the excess amount charged for Baahubali-2 and other films if the government implemented the proposal.

“The chief minister has already given in-principle consent to the capping proposal in his budget speech, and hence the final approval for issuing the order will be given at the principal secretary level,” an Information Department official said.

On allegations that the government has been needlessly sending the file between the departments, the official said it is not done deliberately, but to seek consent from departments which come under the purview of the subject matter.

Asked about refunding money to those who had booked tickets at exorbitant rates, Laxminarayana said, “It is not our headache. This problem should be sorted out by cinema theatres. It is a problem between the customers and the theatres.”

“The government does not have anything to do with it. We have the authority to cap the prices, and will do it.”

The film exhibition industry has been sceptical about the government’s move to cap movie ticket prices at Rs 200.

Last month, Mukta Arts Managing Director Rahul Puri had said the industry would in all likelihood oppose the move, stating that price capping as a concept was against free market.

The proposal in the 2017-18 budget followed the recommendations by a 14-member committee, headed by filmmaker and Chairman of the Karnataka Chalanachitra Academy, S V Rajendra Singh Babu, constituted to draft a policy for promotion of the Kannada cinema.