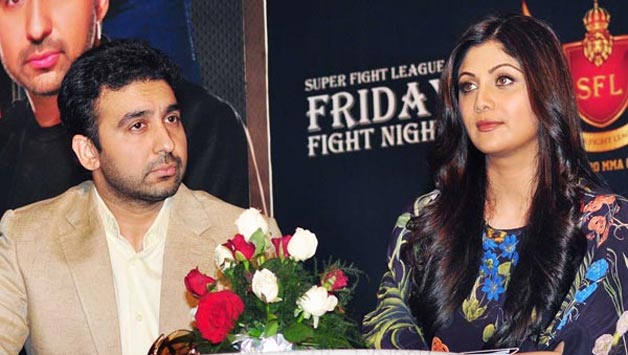 Mumbai: The Maharashtra Police on Thursday registered an FIR against Bollywood actor Shilpa Shetty and her husband Raj Kundra in a cheating case in Thane’s Bhiwandi Police Station.

The FIR was filed after the owner alleged that the couple collected the amount on his behalf but did not pay him, a police said.

Raj and Shilpa have been battling on another front since ‘Best Deal TV’ temporarily suspended its services in a bid to recuperate from the effects of demonetisation.

Employees of the ‘ Best Deal TV’ shopping channel have alleged that their dues haven’t been cleared yet.

Raj Kundra, who continues to be on the board of directors with a 63 percent stake in the company along with Shilpa Shetty Kundra, had sent his resignation via email on December 15 last year.

Around the same time, the employees were intimated about the company’s decision to impose a 50 percent pay cut for November and December.

Soon after the announcement, around 40 staffers of the 80-member team put in their papers.

The shopping portal, which had discontinued advertisements and promotions soon after the suspension in December, has not kicked off services again.