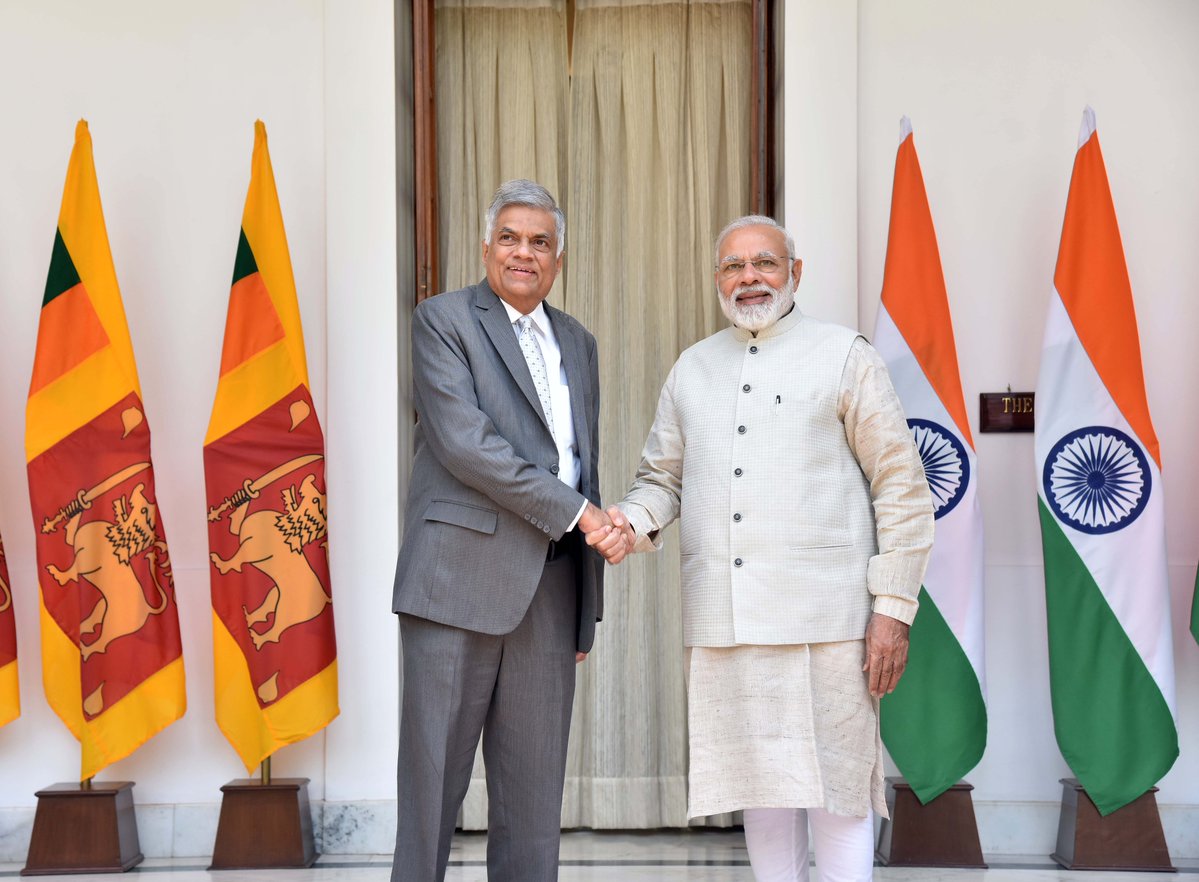 The agreement was exchanged in the presence of Prime Minister Narendra Modi and his Sri Lankan counterpart Ranil Wickremesinghe in New Delhi.

Earlier, the two leaders held a meeting at Hyderabad House.

In a tweet, Prime Minister Modi said he held comprehensive talks with Prime Minister Wickremesinghe on ways to strengthen India-Sri Lanka ties for the benefit of the citizens.

Union Home Minister Rajnath Singh is scheduled to meet Wickremesinghe in the evening.

The Sri Lankan Government has proposed to sign a MoU with India next month during the visit of Prime Minister Modi to Sri Lanka.

The MoU proposes Indian investment in the development of port and oil tank farms in Trincomalee, setting up of an LNG power plant and terminal, piped gas supply in capital Colombo, highway and railway projects in north and east of the country etc.

Wickremesinghe arrived in New Delhi last evening on a five-day visit to India.