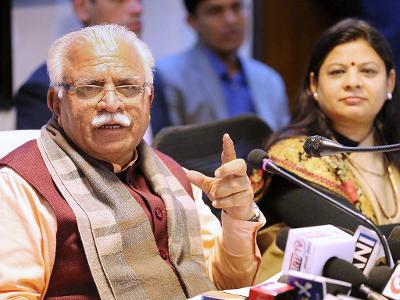 The Government College, Nangal Chaudhary, in Haryana’s Mahendergarh district, will be named after Rashtriya Rifles officer Major Satish Dahiya, who was killed in an encounter with militants in Kashmir early this year.

“Keeping the word given by Chief Minister Manohar Lal Khattar to the family of the martyr, the state government has decided to rename Government College, Nangal Chaudhary, as Shaheed Major Satish Dahiya Government College, with immediate effect,” an official spokesman said here today.

Major Dahiya of 30 Rashtriya Rifles had laid down his life during a gunfight with militants at Kralgund in Kupwara, Jammu and Kashmir, on February 14, 2017.

The Chief Minister had during his meeting with Dahiya’s family in his native village of Banihari of Mahendergarh district announced that Government College, Nangal Chaudhary, would be named after the martyr.