While congratulating Zaheer Khan, Anil Kumble muffs up and gets trolled on Twitter | Newsmobile
Monday, January 30, 2023

Home Sports While congratulating Zaheer Khan, Anil Kumble muffs up and gets trolled on... 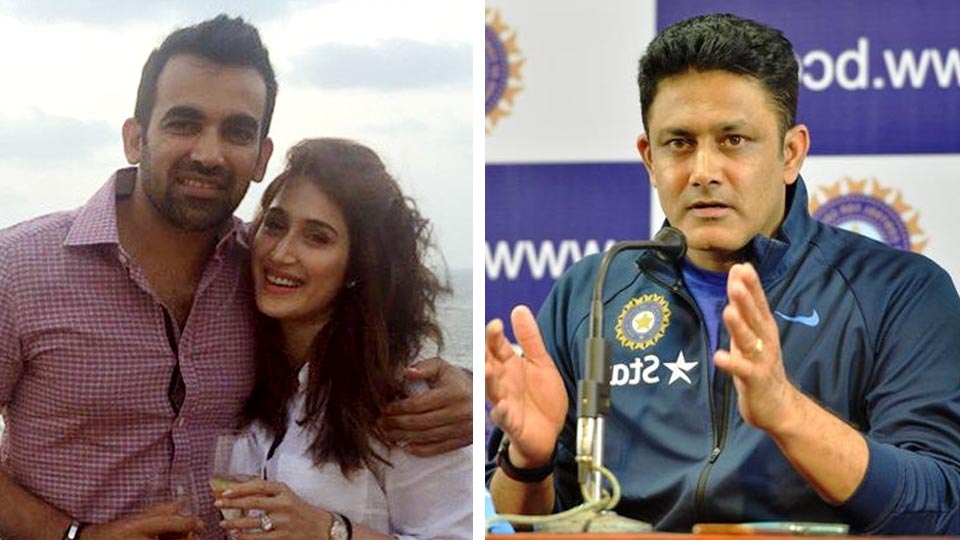 Zaheer Khan was seen with his rumoured girlfriend Sagarika Ghatge at many events including the wedding of Yuvraj Singh and Hazel Keech last year. To stop all the rumours Zaheer Khan on Monday opened up about his engagement with the actress on twitter.

Never laugh at your wife’s choices. You are one of them !!! Partners for life. #engaged @sagarikavghatge pic.twitter.com/rUOtObFhiX

As soon as this message spread all over, overflowing of congratulations started. Former teammate Anil Kumble mistakenly tagged the journalist Sagarika Ghose instead of Sagarika Ghatge in his tweet: 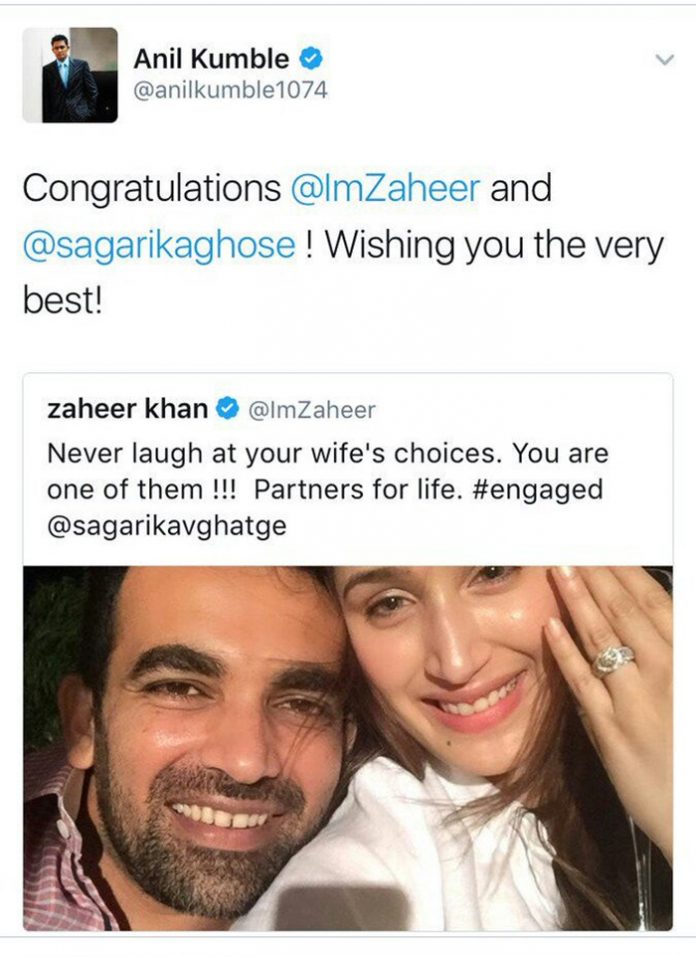 It was not just Anil Kumble, Zaheer’s IPL team Delhi Daredevils also did the same mistake. 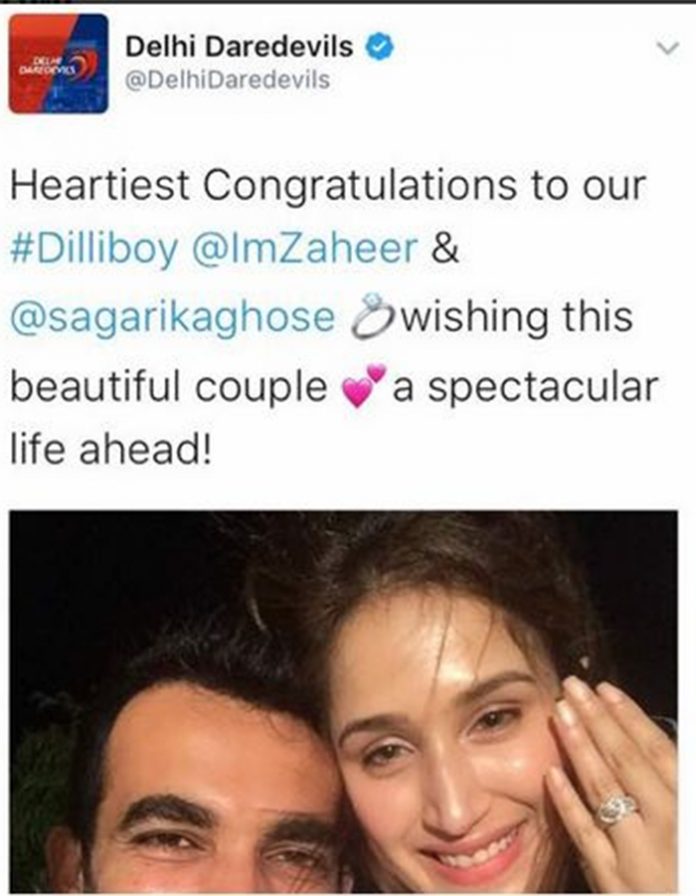 Finally seen her name tagged at the wrong places, she gave a funny reply:

After that Kumble soon corrected his mistake and so did Delhi Daredevils:

Meanwhile, Twitter was at its best and some hilarious reactions to the tweets popped up:

Someone’s not gonna be pleased. pic.twitter.com/yovHxvzrMw