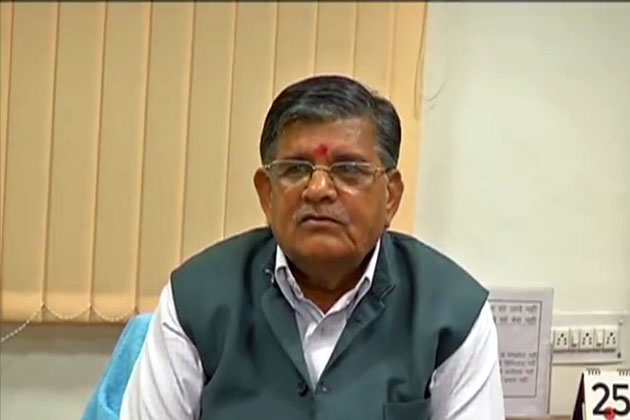 The probe into a suspected poacher’s death during police firing in Nagaur has been handed over to the Additional SP of Ajmer to maintain impartiality, Rajasthan Home Minister Gulabchand Kataria said today.

Intervening in the matter raised by independent MLA Hanuman Beniwal during the Question Hour at the state Assembly, Kataria said that a police party had gone to arrest Pusa Ram against whom there was a standing warrant in a case of poaching in Nagaur.

ALSO READ: J&K: PDP leader Abdul Gani Dar shot dead
He said the members of Pusa’s tribe, who were present at when he was picked up by the police team, attacked them with sticks and the police had to open fire following which Pusa died.

He said the investigation has already been handed over to the Additional SP of Ajmer.

Beniwal questioned the situation under which police had to open fire, saying no policeman was seriously injured in the incident which shows that there was no necessity to open fire.

The MLA also demanded compensation and rehabilitation for the family of Pusa, who had ten kids, and action against the policemen of the Khatu police station who were involved in the incident.

The minister said that four policemen are still hospitalised.

Pusa was killed and eight policemen were injured when the members of the nomadic tribe attacked the police party which had gone to arrest him for allegedly poaching wild animals in Nagaur’s Silaria village last Friday.

Two cases–one for an attack on police and the other for the killing–have been registered with Khatu police station of Nagaur.