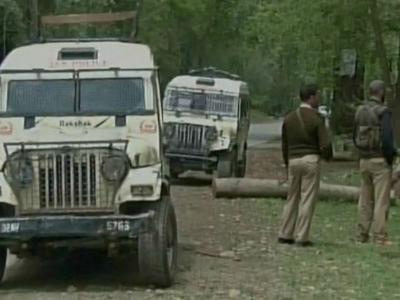 People’s Democratic Party (PDP) leader Abdul Gani Dar, who was attacked by terrorists in Jammu and Kashmir’s Pulwama district on Monday, has succumbed to his injuries.

The PDP district president of Pulwama was declared dead as soon he was brought to the hospital.

This was the second attack on PDP leaders in last two weeks.

The Chief Minister after meeting Union Home Minister Rajnath Singh assured that within two-three months the situation in the Valley would definitely improve.

“In a period of two-three months, you will see a changed Jammu and Kashmir. Next few months are really crucial for us. We will first restore the normalcy than we will talk. This issue is as old as 70 years,” Mufti said.

Mufti further appealed to the media to help in restoring peace in Jammu and Kashmir.

Mufti also asserted that the ruling dispensation at the Centre must follow the footsteps of former prime minister Atal Bihari Vajpayee and reach out to the disillusioned and angry youth so as to restore a peaceful atmosphere for governance.

Talking to the media after meeting Prime Minister Narendra Modi, Mehbooba said a conducive atmosphere was required for talks and governance.

Prime Minister Modi had earlier on Sunday urged all the Chief Ministers to take care of the students from Jammu and Kashmir in their respective states.