Manchester United was dealt a major blow after striker Zlatan Ibrahimovic was ruled out of the rest of the football season with a horrific knee injury. 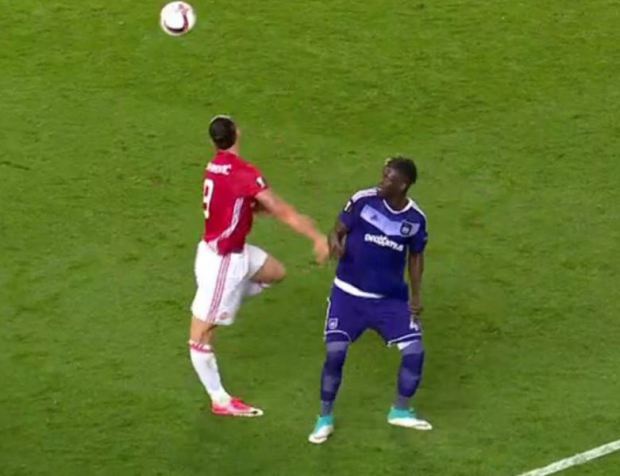 The former Barcelona striker sustained the injury when he landed awkwardly after jumping for a header during the final seconds of United’s 2-1 win over Anderlecht in the first leg of their Europa League clash at Old Trafford on Friday.

Following the final whistle, Ibrahimovic received lengthy treatment and subsequently limped off the pitch and down the Old Trafford tunnel to be replaced by Anthony Martial at the beginning of extra-time.

The 35-year-old’s absence might hit the Jose Mourinho-led side hard as they are looking for a top-four finish in the Premier League and victory in the Europa League in the final weeks of the season.

Ibrahimovic, who arrived at United from Paris Saint-Germain on a free transfer last summer, has smashed a total of 28 goals in all competitions, including a brace in the League Cup final triumph over Southampton.

Zlatan took to Instagram to thank his fans for their support .

First of all, thank you for all the support and love. Its no news I got injured so I will be out of fotball for a while. I will go through this like everythings else and come back even stronger. So far I played with one leg so it shouldn’t be any problem. One thing is for sure, I decide when its time to stop and nothing else. Giving up is not an option. See you soon

No doubt, as Zlatan said himself,

“An Injured Zlatan is a pretty serious thing for any team.”