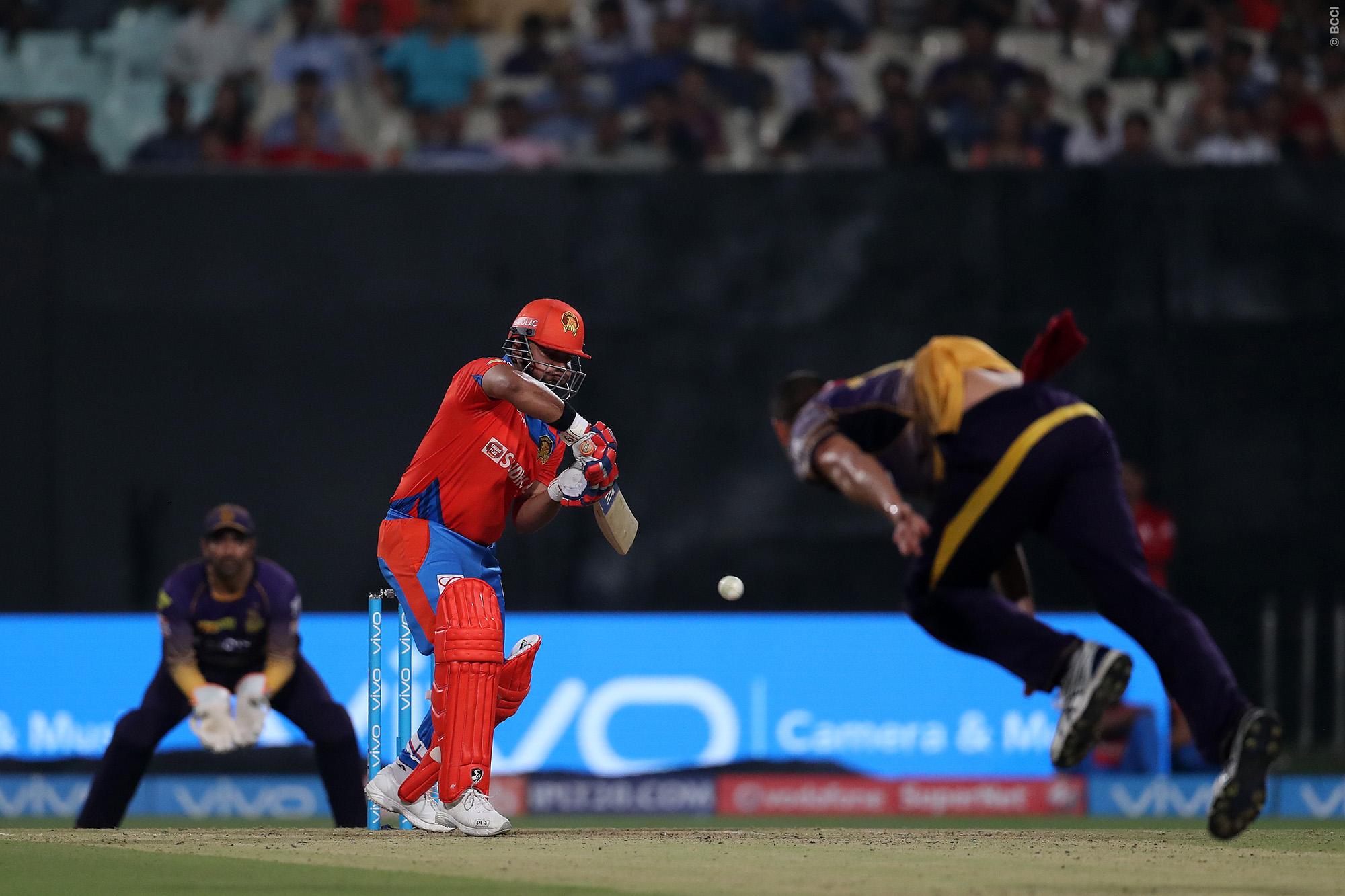 Chasing a challenging 188-run target set by KKR, Raina led from the front with a blistering 46-ball 84-run knock to set the platform for the much-needed win for Gujarat Lions.

Coming on to bat at the no. 3 position, Raina took the attack to the opposition bowlers and decorated his innings with nine boundaries and four sixes to steer Gujarat Lions chase.

He was ably supported by Brendon McCullum (33) and Aaron Finch (31) who stitched 42 runs off just 21 balls for the opening stand to get Gujarat Lions’ chase off to a flier.

Down the order, Ravindra Jadeja remained unbeaten on 19 to finish off the proceedings for Gujarat Lions with a boundary in 18.2 overs.

Earlier, Robin Uthappa cracked a brilliant half-century while makeshift opener Sunil Narine struck a quickfire 47 at the top to guide Kolkata Knight Riders to 187 for five.

Uthappa made 72 off just 48 balls with the help of eight boundaries and two sixes to anchor the KKR innings after Narine (42 off 17 balls) played a short little cameo at the top to give his side a blazing start to their innings after being invited to bat.

Narine’s breezy knock was studded with nine boundaries and a huge hit over the fence.

Besides, skipper Gautam Gambhir made 33 off 28 balls while Manish Pandey (24) and Yusuf Pathan (11 not out) also contributed for the hosts.

For Gujarat Lions, skipper Suresh Raina (2/11) was the most economical bowler.