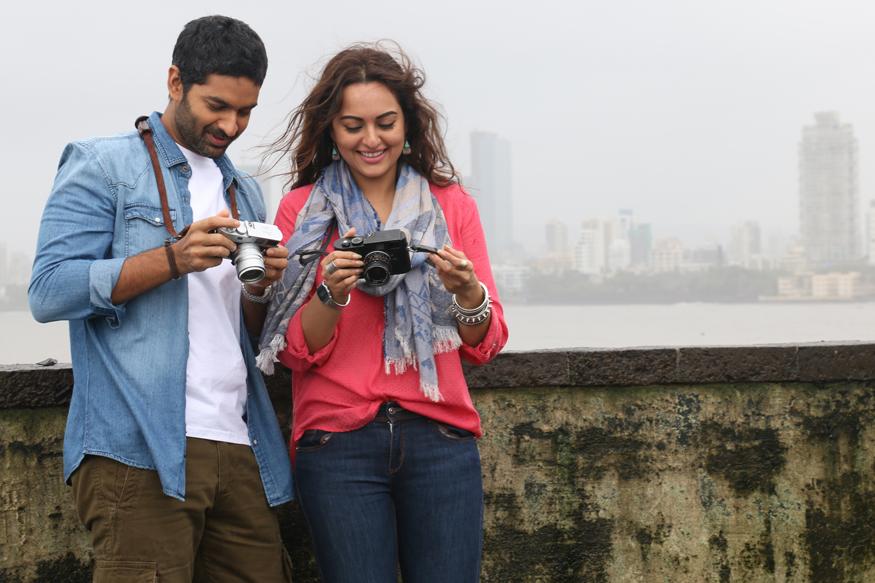 Is the story of a journalist who’s trying to find meaning in her life. Through misadventures in her professional and personal life, how she finally finds herself is what the film is about. It’s based on a book by the name ” Karachi , U’r killing me ” written by Pakistani writer Saba Imtiaz.

Unfortunately, the story of Noor’s misadventures becomes a great misadventure for the hapless audience. Nothing about the film’s various aspects is right.

Also Read: Guess: This bollywood actor transformed his look for cameo in ‘Raabta’

The first 20 minutes take you to a boring monologue by the titular character herself who claims she loves talking to herself. We get an insight into her highly disorganised and indisciplined life which obviously is going nowhere. She hates everything about her life but is willing to do zilch about it. She cries about everything to anything while completely believing that she was meant to do something great..Huff ..

I don’t know why the script writers think that girls toppling over while walking is a cutesy way of introducing a character. Messy rooms, dirty shoes, clumsiness…it’s all too cliche and boring.

So much invested in etching out such a badly written character. Wardrobe all trendy but shoes always dirty. Can’t do without a hot shower in Mumbai weather but won’t carry an umbrella in Mumbai rains and walks in the pouring rain to interview a celebrity.Wardrobe all trendy but will wear mud-laden canvas shoes to meet the Harvard-educated uber rich Bf’s mom. Well .. thin line between casualness and stupidity I guess.

The so called scam and the story that she discovers is handled in such an immature subplot. No substance in the way they have portrayed a journalist ‘s life apart from boring dialogues about journalistic ethos… And the way she finally finds meaning to life is even more frivolous.

On top of all this, the editing seems to be non-existent. Lengthy monologues and irritating situations could test all your patience.

Speaking of Performances, Sonakshi was passable. Can’t say how she fails to make a mark in spite of big kitty projects like Akira and now this one.
Kannan Gill was really good as her best friend. The only actor I feel is mentionable here. Hope to see him in bigger roles.

Don’t really know what the director is trying to convey a message. I suggest, no point spending 2 hrs to understand this. But frivolous cinema can be good too if only it’s entertaining.
This one is neither meaningful nor entertaining.

Score 5 out of 10 .. for such a frivolous film.. and further minus 1 for being so utterly insufferable.