German carmaker, Mercedes, is all set to unveil its big design plans for future generations of its smallest production car at the 2017 Auto Shanghai.

The luxury carmaker unveiled the Concept A which is an incredibly bold reimagining of what is essentially the most conservative car in the current Mercedes line-up, from its sharp, intersecting coupe-esque lines to the jettisoning of the A-Class’s hatchback in favour of a trunk.

“Our Concept A Sedan shows that the time of creases is over,” says Gorden Wagener, Chief Design Officer Daimler AG. “With its perfect proportions and a sensual treatment of surfaces with reduced lines, it is the next milestone of Sensual Purity and has the potential to introduce a new design era.”

What’s more, this latest design study picks up exactly where the company’s Geneva show car, the Mercedes-AMG GT Concept, left off, in more ways than one. As well as continuing to give the marque’s existing and potential clients a taste of what to expect aesthetically from the next generation of cars to carry the three-pointed star, this concept is, to all intents and purposes, a future production car in all but name. 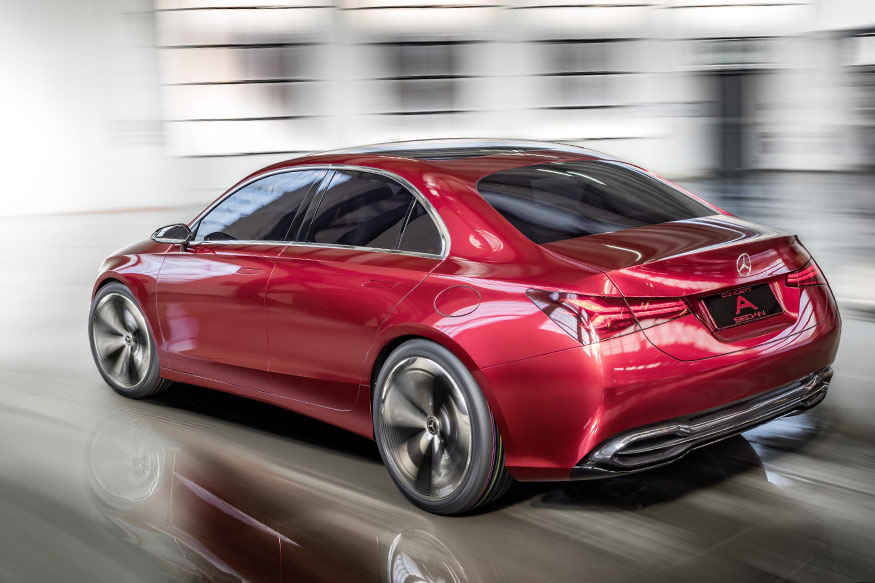 Mercedes has already confirmed that the GT Concept will be coming to market as a replacement for the CLS and expect a very similar announcement regarding the Concept A within the next 12 months.

ALSO READ: You can legally trick out your own car with self-driving tech

Even with the continuing growth in demand for all things SUV, premium compact cars have never been more popular, and nor has the competition, particularly among German carmakers. And in recent years, from a design perspective at least, the Mercedes A-Class has been overshadowed by the BMW 2 Series and Audi A3.

However, the safe styling doesn’t appear to have dented sales. The first-generation, wedge-shaped A Class sold over 1 million examples before it was retired in 2012, and according to Mercedes, over the past four years, all of its current compact models that share the same underpinnings — the A-Class, B-Class, CLA and GLA crossover – have clocked up combined sales in excess of 2 million units. And until now, the only option missing from this lineup was a compact, coupé-like sedan.

“Their success shows that our customers are absolutely delighted with the current generation of Mercedes-Benz compact cars,” says Britta Seeger, the company’s head of sales and marketing. “We are therefore extremely confident that the planned expansion will lead to a continuation of this success story.”