Home Cityscape Haryana Assembly to meet on May 4 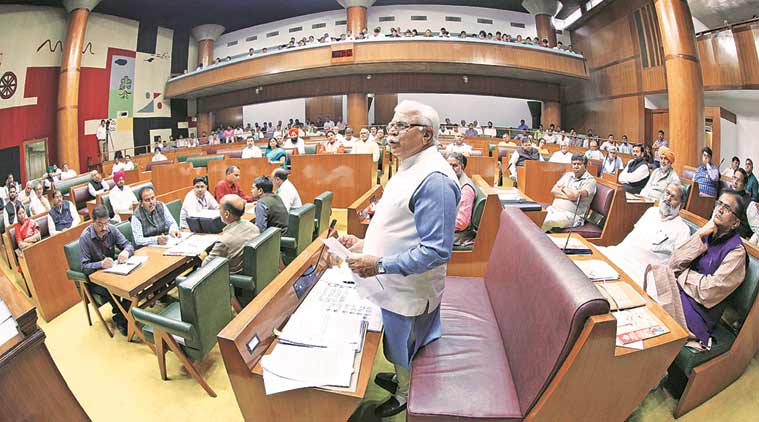 The session of Haryana Vidhan Sabha will be held on May 4.

A decision to this effect was taken at a meeting of the state cabinet under the chairmanship of Chief Minister Manohar Lal Khattar here today, an official spokesman said.

The cabinet also approved new Haryana Police Service Rules, 2017 for the non-gazetted posts and other ranks.

These rules would govern the service conditions of all ranks, including a general cadre of both men and women, in all districts and ranges and of Government Railway Police, Haryana Armed Police and Commando Police Force.

According to new rules, 100 percent of the posts of inspectors would be filled through promotion from the rank of sub-inspector.

As far as the age for direct recruitment of sub-inspector is concerned, the candidate should not be less than 21 years of age and not more than 27 years on the date to be specified by the commission or any other recruiting agency, he said.

In the case of the constables, the age should be between 18 and 25 years.