Home Nation Nepalese president arrives with a ‘message of friendship’ 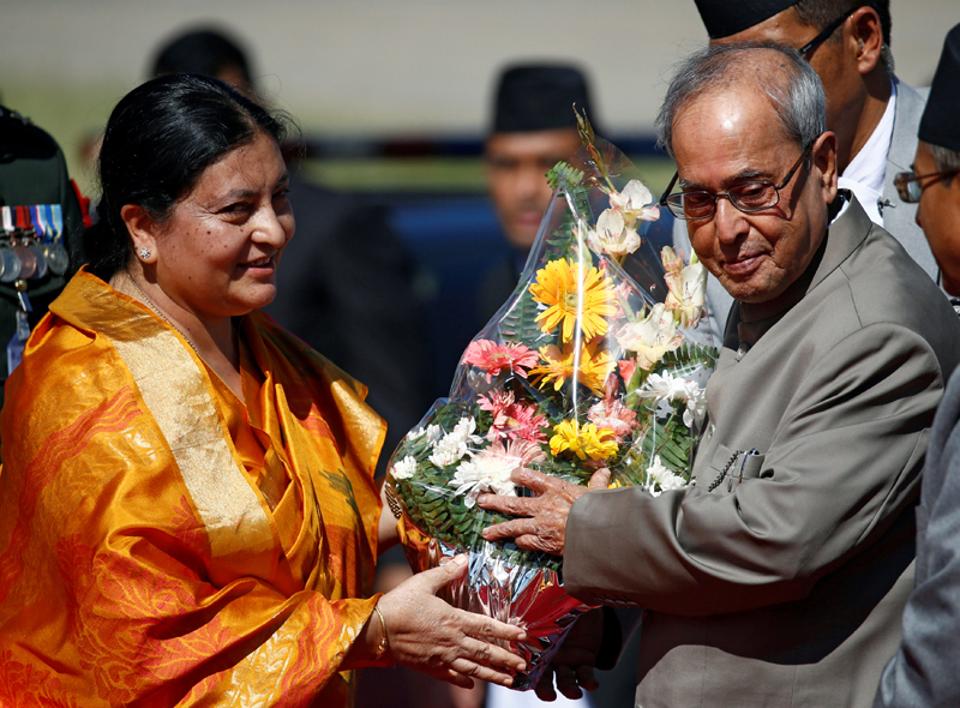 Nepal’s President Bidhya Devi Bhandari arrived in India on Monday on her first overseas tour, carrying a ‘message of friendship’ for India and to further strengthen bilateral ties. She will hold talks with President Pranab Mukherjee and Prime Minister Narendra Modi tomorrow to explore ways to step up cooperation between the two close neighbours whose ties faced some strains following the agitation by the Madhesi community last year.

“We are carrying a message of friendship from Nepal,” Nepal’s Foreign Minister Prakash Sharan Mahat, who is accompanying the president. During the talks, Bhandari is expected to seek India’s support for local body polls to be held in Nepal on May 14.

ALSO READ: Much taller building than Burj Khalifa is all set to be built in Mumbai city

Bhandari was scheduled to visit India in May last year, but the trip was cancelled after the then cabinet in Nepal did not endorse the visit, citing lack of preparations on the part of the government. Earlier in the day, the external affairs ministry spokesperson tweeted, “Neighbourhood first. Bidhya Devi Bhandari, President of Nepal, arrives in New Delhi on State Visit to India.”

President Mukherjee will host a banquet in her honour on April 18. Bhandari will also visit Gujarat and Odisha and pay obeisance at temples of Dwarka, Somnath and Puri.