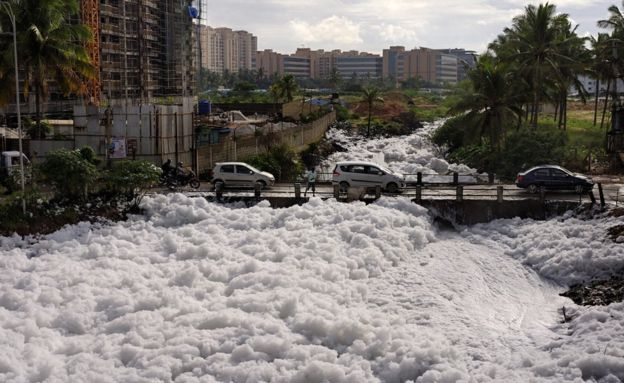 The Bellandur Lake in Karnataka once again on Monday spilled toxic foam, creating panic among the people living in nearby areas. The spilled chemical foam can be seen flowing on the roads and into nearby drains.

The lake is a part of Bellandur drainage system that drains the southern and the southeastern parts of the Bengaluru city. 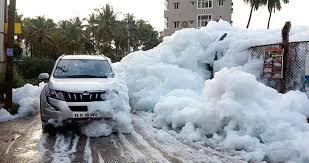 The lake grabbed headlines on February 17, when the floating foam on the water’s surface caught fire due to phosphorus and oil present in the foam the toxic smoke had virtually choked Bengaluru. In March 2017, the state government invited experts from the UK and Israel to help resolved environmental issues, but today’s toxic spill has put a question mark on such efforts. 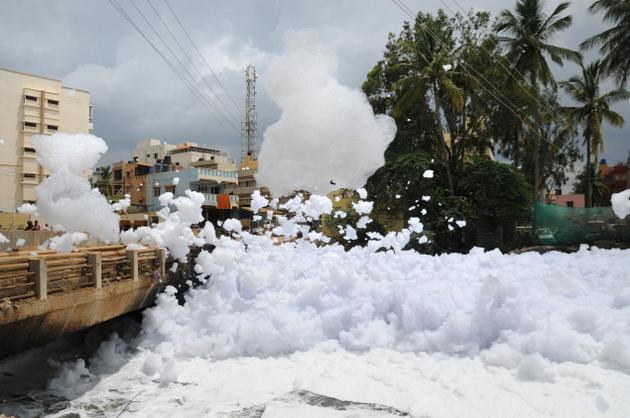 In May 2015 also, the foam covering the water surface caught fire and burned for hours.

The repetition of environmental havoc is a reflection of the apathy of Bruhat Bengaluru Mahanagara Palike (BBMP).

Concerned citizens have tried to keep the lake clean but their efforts have proved futile as it continues to get an ‘uninterrupted supply of chemically laced sewage water’. 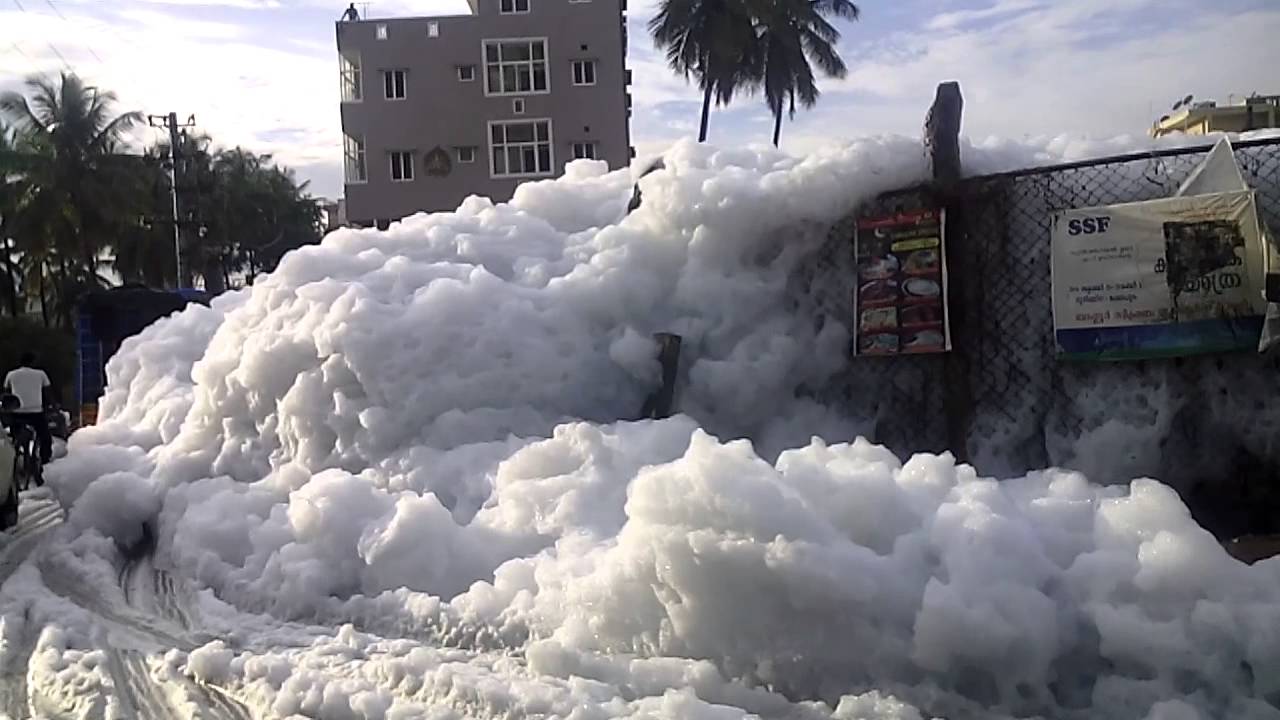 Repeated requests by residents to the concerned government authorities to save the lake have fallen on deaf ears.

In 2010, the BBMP adopted a Lake Rejuvenation Programme but it didn’t yield any result as the sewage treatment plants and small industries that dispel their wastes into the lake, have still not been stopped and so the lake’s main problems still continue. To make the matter worse, builders and housing societies in the area use the land around the lake as a dumping ground.