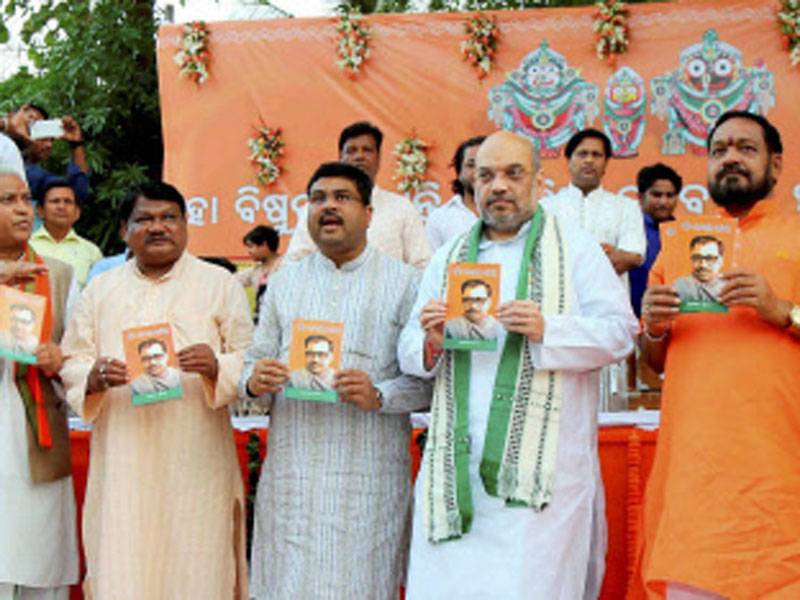 The two-day BJP national executive meeting begins here today with Prime Minister Narendra Modi and party chief Amit Shah expected to underline strategy for a big saffron push in states like Odisha where it has traditionally been weak.

A meeting of BJP office-bearers has started to finalise the agenda of the executive meeting, expected to begin after Modi reaches here later in the afternoon.

The executive meets against the backdrop of the party’s stunning win in Uttar Pradesh and Uttarakhand besides maiden conquest in Manipur.

It will focus on expanding the party in politically important states like West Bengal and Odisha, which are key to Shah’s 2019 Lok Sabha poll strategy.

The choice of Odisha as the national executive venue highlights Shah’s focus on the state as he believes that the party can boost its prospects here due to anti-incumbency against BJD chief and Chief Minister Naveen Patnaik, who has been in power since 2000, and declining fortunes of the Congress.

An impressive show by the BJP in recent local body polls in the state and internal fights in the BJD have boosted its morale.

Modi will be accorded a warm welcome when he arrives in the city with the party planning receptions for him at several places on his way from the airport to the Raj Bhawan, where he will stay tonight.

Shah was also presented with a garland of 74 lotuses, a reference to the majority mark in the 147-seat Odisha assembly.

Union minister Dharmendra Pradhan called Odisha a “laboratory” for the pro-poor policies of the Modi government as he hit out at the state government a day before the executive begins.

Modi will also felicitate the members of 16 families associated with an 1817 rebellion in Odisha against the British rule.

Continuing with the BJP’s Dalit outreach, the party has named the venue of its executive to meet after noted Odia poet and reformer Bhima Bhoi.

The Dalits constitute over 17 percent of the state’s electorate and have never been traditional voters of the saffron party, which is now wooing them aggressively.