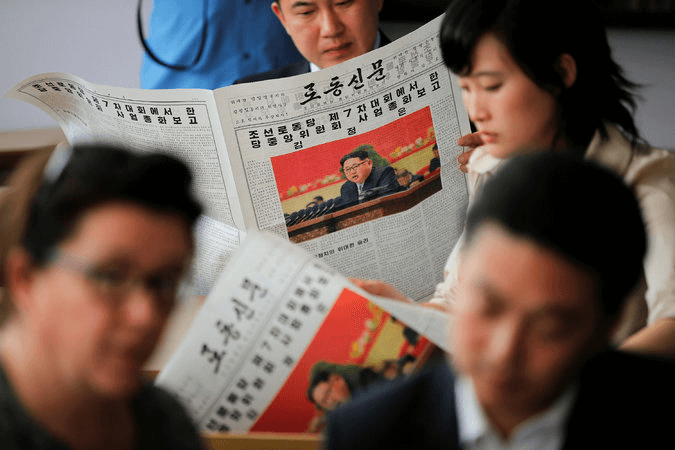 In what could be a suspicious move by North Korea, the authorities have asked Foreign journalists in North Korea to be prepared for a ‘big and important event‘ on Thursday.

According to reports, North Korean officials provided no details about the nature of the event or its location.

At least 200 foreign journalists are in North Korea capital, Pyongyang, ahead of the nation’s biggest national holiday–Day of the Sun.

This year’s ‘Day of the Sun’ which is celebrated annually on April 15, will mark the 105th anniversary of the birth of Kim Il Sung, the deceased founding leader of North Korea and the grandfather of North Korean leader Kim Jong-un.

Reports suggests that North Korean officials have previously made similar declarations to the foreign press that have ended up being largely unsubstantiated.

ALSO READ: United Airlines to compensate all passengers on flight in which Asian man was dragged off

In a major speculation, North Korea might seek to showcase its military arsenal in light following an ongoing standoff with the US over its nuclear program.

Following President Trump’s decision to send a US Navy strike group, including an aircraft carrier, towards the Korean peninsula, North Korean state media issued a warning to the US on Tuesday, stating that the country will utilise its nuclear capabilities at any sign of US aggression.