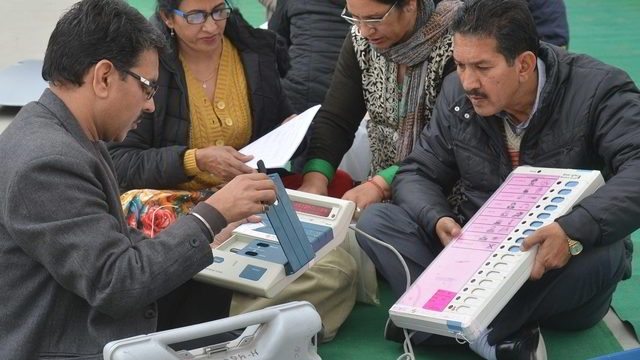 Bhind (Madhya Pradesh: Counting of votes for the recently held by-polls in the violence-struck Bhind began today morning with beefed-up security arrangements as assured by the District Magistrate Kiran Gopal.

“We have made proper security arrangements for the counting of votes. Triple-layered security has been provided to counting area to protect the EVMs. The result can be expected to be announced around 4 p.m.,” DM Gopal said.

The Congress last week alleged that the Electronic Voting Machines (EVMs) in the Bhind district were tampered with. Following this, security arrangements were stepped up for the polling.

Voter-verifiable paper audit trails (VVPATs) are being used at all the 166 polling stations of the west Delhi constituency, following the AAP’s allegations that the EVMs were tampered with.