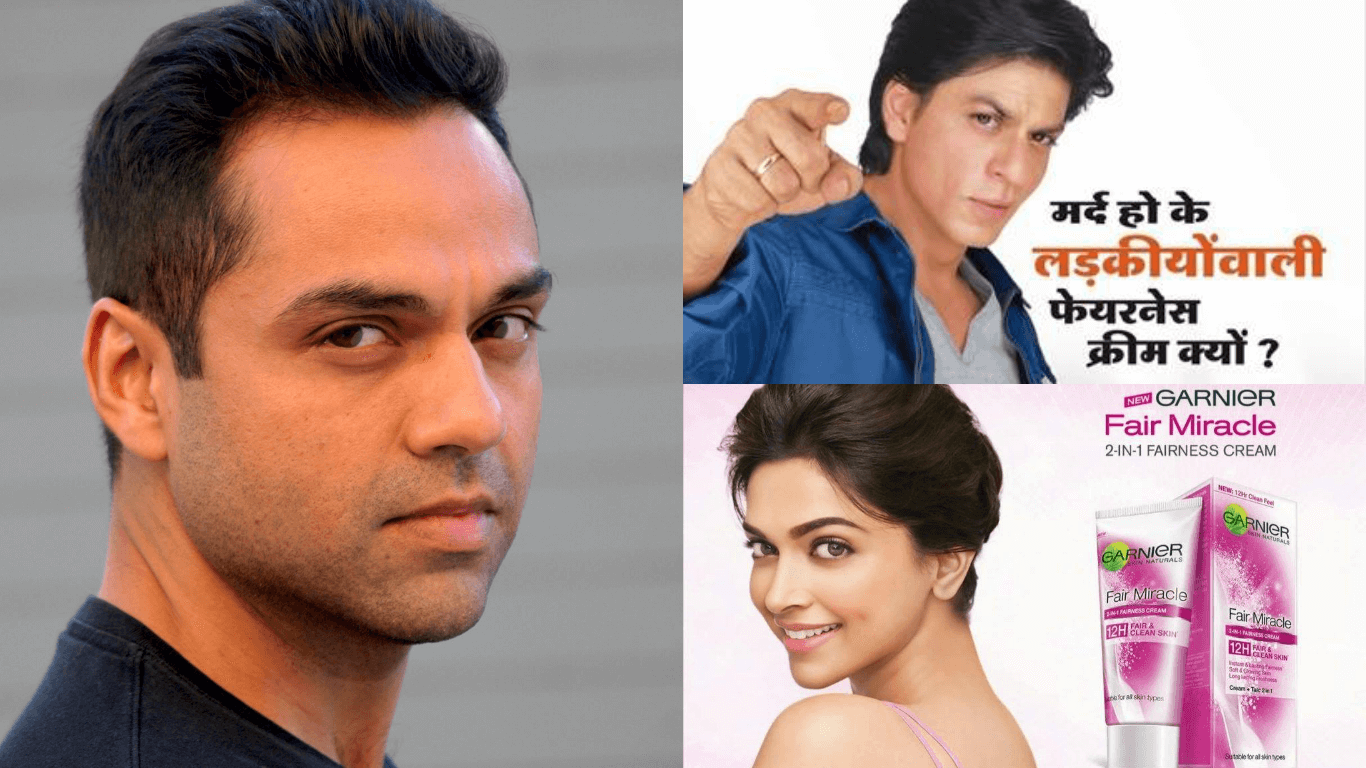 Abhay Deol is surely one of the finest actors in Bollywood and he is popular for picking something out of the box, be it in the real life or reel life.

This time junior Deol has created a buzz on the internet on Wednesday following the comments made by BJP leader Tarun Vijay, (where he said that Indians aren’t racist, as we are accepting of South Indians, who have dark skin), as he in an utter smart and sarcastic way took jib on fairness creams and the actors endorsing them.

ALSO READ: Check out this twitter fight between Rishi Kapoor and a Pakistani girl which took an ugly turn

Deol un-categorically took on everybody, from John Abraham and Vidya Balan to Shahid Kapoor and Shah Rukh Khan who have endorsed fairness creams at some point.

Here’s the series of posts by Abhay Deol: 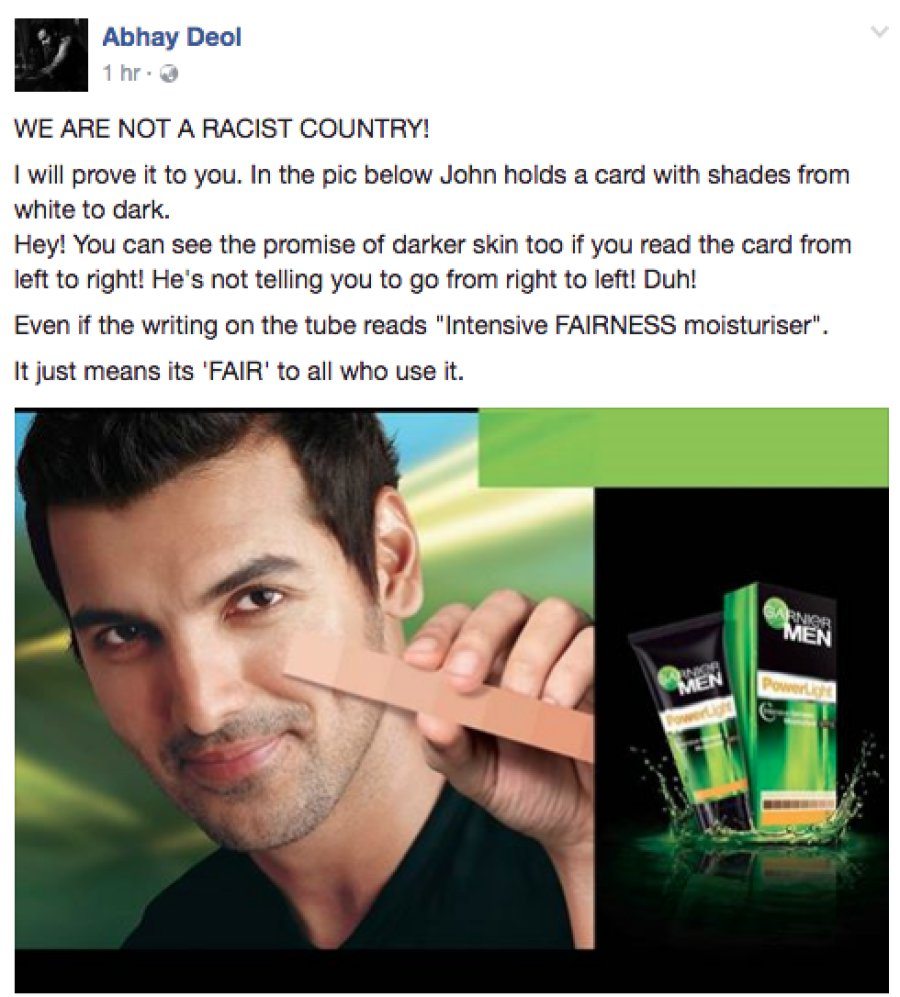 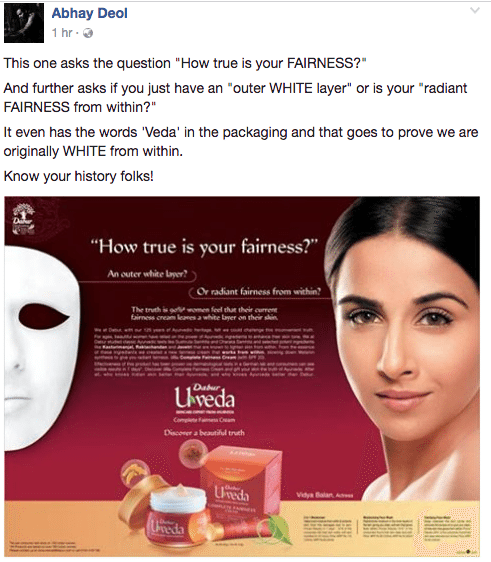 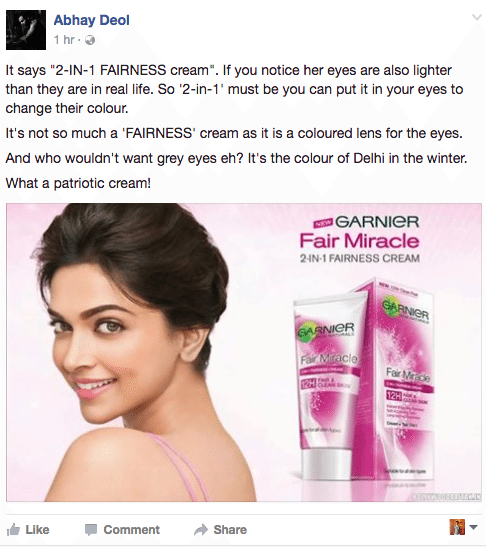 And he ended his campaign in a mic-drop manner