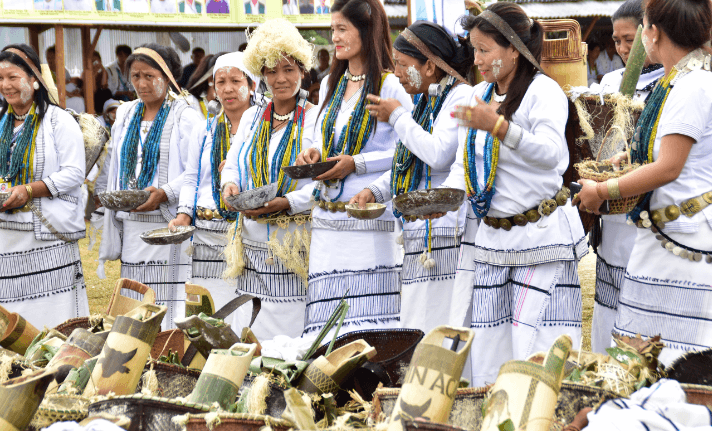 Itanagar: Mopin festival was celebrated across Arunachal Pradesh with traditional gaiety and religious fervour on Thursday.

This festival is most popular among the Galo community. Dressed in their traditional attires, Galo men and women, young and old alike came out in large numbers to celebrate their annual harvest festival.

Assam Agriculture Minister Atul Bora, who was the chief guest, greeted the people of Arunachal in general and the Galos in particular and said that the festivals fostered love, harmony, brotherhood and peace.

Bora stated the age-old relations between the two neighbouring States – Assam and Arunachal Pradesh – and opined that all the people of North East should unite to build a strong, vibrant and self-reliant NE.

He said that all the differences, if any, should be hammered out though meaningful dialogues.

Bora later participated in the Popir dance and witnessed the traditional ritual including Mithun sacrifice and cultural competitions.

The guest of honour Tado Ete, a senior citizen from the community, passionately appealed the Galos, especially the youth to spare no effort to jealously safeguard the rich traditional culture and heritage of the Galos.