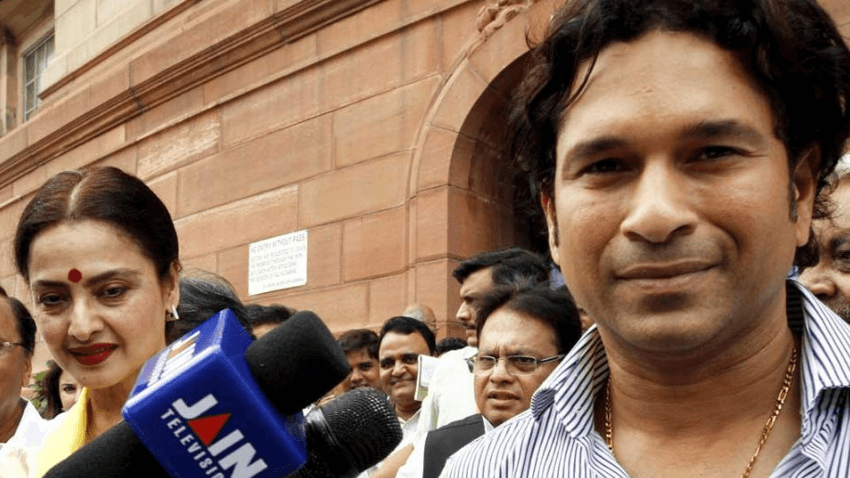 Amid the rare presence of Rajya Sabha Member– former legendary cricketer Sachin Tendulkar and bollywood actress Rekha– in the Parliament, a question is making rounds  in the corridors of the Parliament that: Can nominated members of Rajya Sabha such as cricketing icon Sachin Tendulkar and Bollywood actress Rekha continue to remain absent from the House and should they not resign if they are not interested?

This time it was raised by Samajwadi Party’s Naresh Agarwal who said he has not seen the nominated members, including Tendulkar and Rekha, attend the proceedings in this parliament session.

He raised the issue through a ‘point-of-order’ when the House met for the day.

Deputy chairman PJ Kurien said this was not a point of order and Agarwal could use his good office to convince the nominated members to be present in the House for a few days.

Agarwal said if the Chair so suggests, he will write to the members on the issue.

Twelve people with special knowledge or practical experience on literature, science, art and social service are nominated to the Upper House.