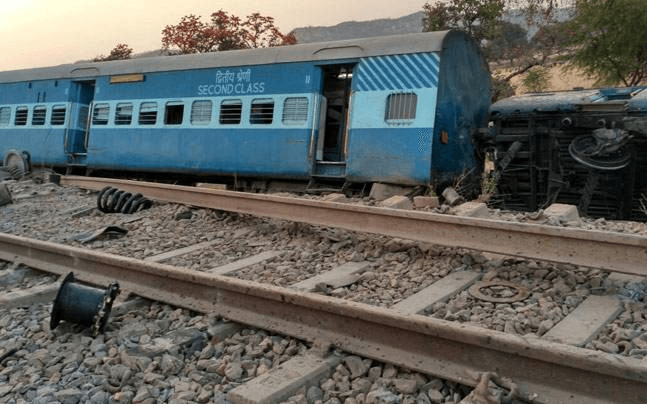 Uttar Pradesh: Following derailment of eight coaches of the Jabalpur-Nizamuddin Mahakoshal Express near the Mahoba station in Uttar Pradesh, the state chief minister Yogi Adityanath has asked the UP Health Minister Siddharth Nath Singh to reach the accident spot between Mahoba and Kulpahar stations and oversee rescue operations.

ALSO READ: ‘Was told I will be CM only a day before swearing-in,’ says Adityanath

Close to eight coaches of the express derailed between the Mahoba and Kupahar stations, the official added. It has come to light three AC coaches and close to five general coaches toppled over, injuring close to 38 passengers.

Senior level officials including the general manager of the North Central Railway has reached the spot, and rescue operations started soon after the incident took place. The railway authorities have also released helpline numbers.

The cause of the derailment has not yet been figured out, and a probable investigation will be conducted as soon as the rescue operations end.

This accident again brings the spotlight on Uttar Pradesh, where a slew of train accidents have been suspected of terror activities over the past few months.