Know about the most dangerous tree in the world | Newsmobile
Tuesday, June 21, 2022

With its wide canopy of leaves, the majestic 50-feet tall Manchineel tree that is native to the Caribbean, Florida, the northern coast of South America, Central America, and the Bahamas, looks particularly inviting, especially on a hot summer day. But you may be wise to heed the warning signs given that the deceptively innocuoustree holds the Guinness World Record for “the world’s most dangerous tree.”

The tree’s thick and milky white sap that oozes out of its leaves and bark is equally dangerous. According to Nellis, contact with the skin can lead to symptoms that range from blisters to rash, headaches, and respiratoryproblems. The researcher says exposure to the eye can even cause “temporary painful blindness.” Given that the sap’s most dangerous toxin, phorbol, is highly water soluble, experts advise not using the tree for shade during a rain shower, as raindrops carrying the diluted sap could easily scald your skin. 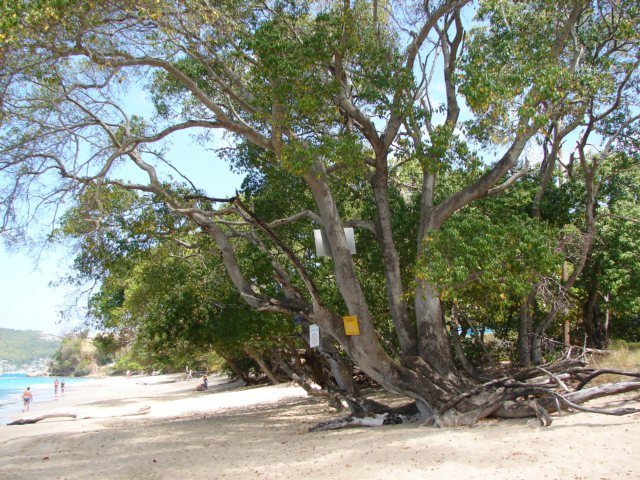 The deadliness begins with the sweet-smelling fruit that is often found strewn on the sandy beaches where the trees grow. As British radiologist Nicola Strickland and her friend discovered, even a single bite of the green apple-like produce can lead to hours of suffering. The scientist, who described the experience in a British science journal in 2000, says within minutes of eating the tasty fruit, she and her friend experienced “a strange peppery feeling” in their mouths. This escalated into “a burning, tearing sensation and tightness in the throat.” A few hours later, the two could barely swallow any solid food. Fortunately, the symptoms started to subsideafter about eight hours and the fruit did not cause any long-term damage.

David Nellis, author of “Poisonous Plants and Animals of Florida and the Caribbean,” says the manchineel fruit, aka “beach apple,” can also result in abdominal pain, vomiting, bleeding, and digestive tract damage. However, the expert says the symptoms are temporary, and rarely result in death.

Novices planning to chop down the tree and use the wood for a beach bonfire should be aware that just inhaling the sawdust and smoke could burn their skin, eyes, and lungs! It is no wonder that Spanish-speaking cultures refer to the manchineel as arbol de la muerte, or tree of death. 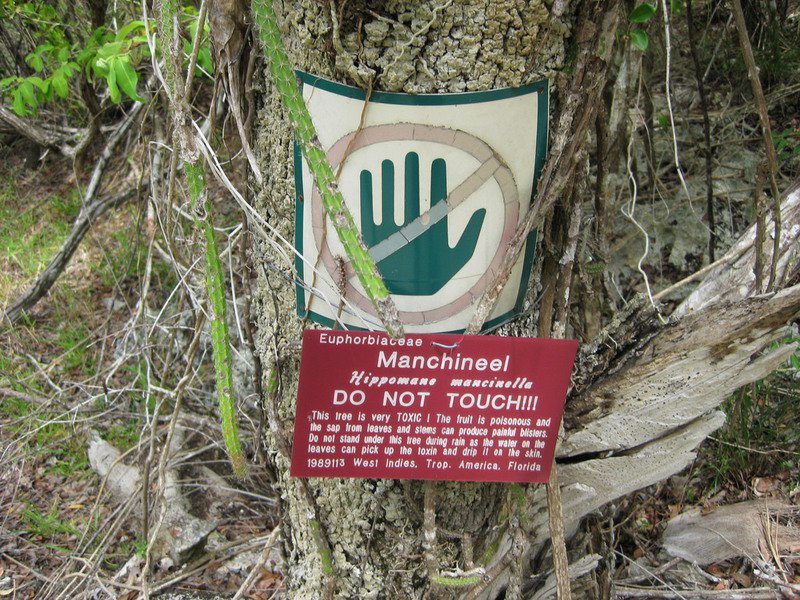 The fear has resulted in almost eradicating the tree in Florida where it is on the list of endangered species. While removing it altogether may seem like the logical solution, experts argue that the shrub, which belongs to the same family as the decorative Christmas Poinsettia, is important for local ecosystems. In addition to protecting against ocean winds, the dense manchineel thickets also prevent beach erosion in Central America. The tree’s sturdy wood is very popular with Caribbean carpenters who have learned to neutralize its poisonous sap by drying the bark in the sun. In Central and South America, the locals use the bark to treat body swelling caused by injury and inflammation and the dried fruit as a diuretic. 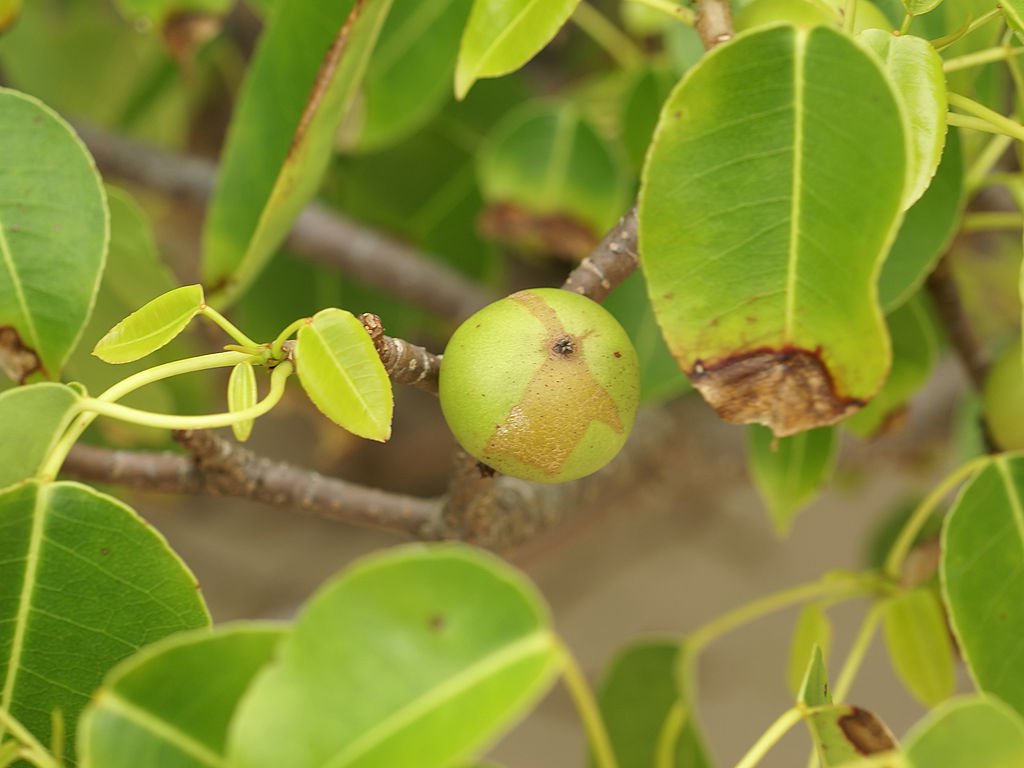 Many plants have toxic bark and leaves to deter herbivores. However, the fruits are usually edible allowing animals to ingest or carry seeds to help with reproduction. But since the manchineel fruits are largely transported by ocean tides, the tree does not need help to propagate 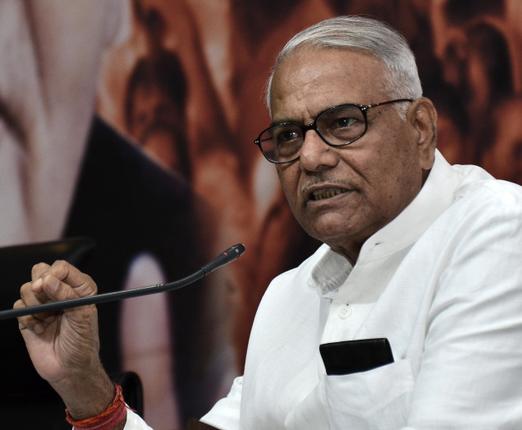