After grounded by airlines; Gaikwad forced to travel by train | Newsmobile
Tuesday, August 16, 2022

Home Nation After grounded by airlines; Gaikwad forced to travel by train 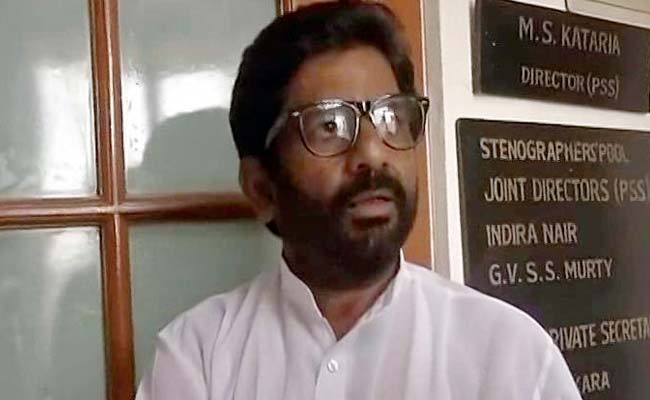 A day after Shiv Sena MP Ravindra Gaikwad was banned from travelling on the six flights: IndiGo, Air India, Spicejet, GoAir, Vistara and Jet Airways he had to travel by August Kranti train to Mumbai. He assaulted a 60-year-old duty manager of the national carrier with his slippers after being denied business class on a Pune-New Delhi Air India flight on Thursday.

After Air India cancelled his return ticket, he booked another ticket by IndiGo but it was also cancelled to which the MP said  “I have the tickets, they can’t blacklist me. I will board the Delhi-Pune Air India flight this evening. How can they not allow me?”

Gaikwad faces arrest after the FIRs were lodged. But Delhi Police spokesperson Dependra Pathak said: “Let the crime branch start the probe and establish their case. They will follow legal procedure.” Also, Gaikwad boasted that “police can arrest me … my party, Uddhav saheb will take care of it”.

After such a shameless act he said: “Kaahe ka pashchaataap (what is there to repent)? I will not apologise … he (Sukumar) should come and apologise. Then we will see. A 60-year-old man should know how to behave, Kaan ke nichey bajaa daala (beat him below his ears),”

A woman member of Air India said that “You’re our role model, no … you’re our representative, you’re our democratic leader, we have elected you”. Sukumar said on Friday that elected representatives need to behave. “I am not scared at all, either with Gaikwad or with the Shiv Sena. I have been serving the public and have also faced many who get irritated on such issues. It’s a common thing for me.”

After he stated that he has the tickets and the airport people will allow him to board the airport beefed up the security and some AAP members also came in the protest- “We will hit him 25 times with slippers as an answer to his misbehavior,” AAP leader Prabhat Kumar said.