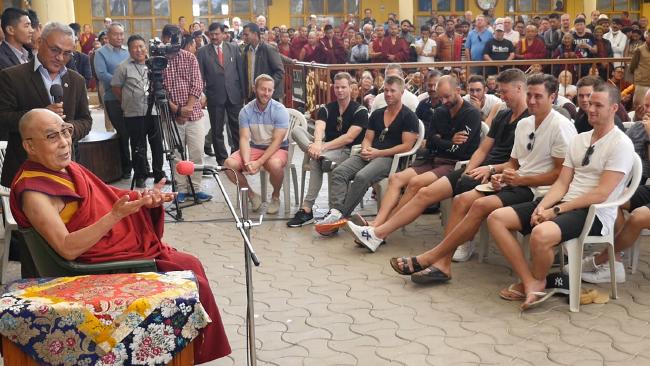 The Australian cricket team on Friday visited Tibetan spiritual leader, the Dalai Lama, at his adopted home in McLeod Ganj before the training session.

Dalai Lama was seen offering his advice to the Steve Smith-led side, including attaining peace of mind and improving sleep ahead of the Dharamsala Test. 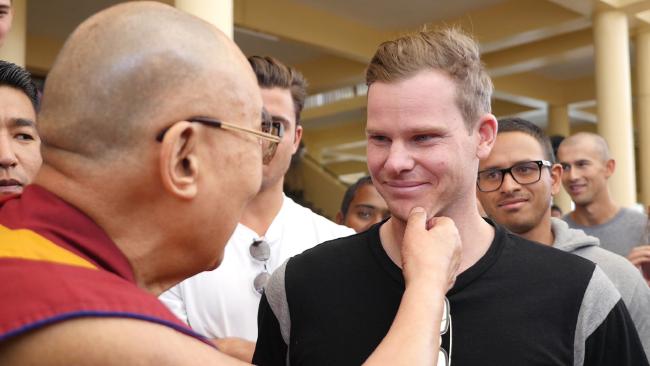 The spiritual leader of the Tibetans lives above the Himachal Pradesh Cricket Association ( HPCA) Stadium ground, where the fourth and final Test against India will be played from tomorrow. 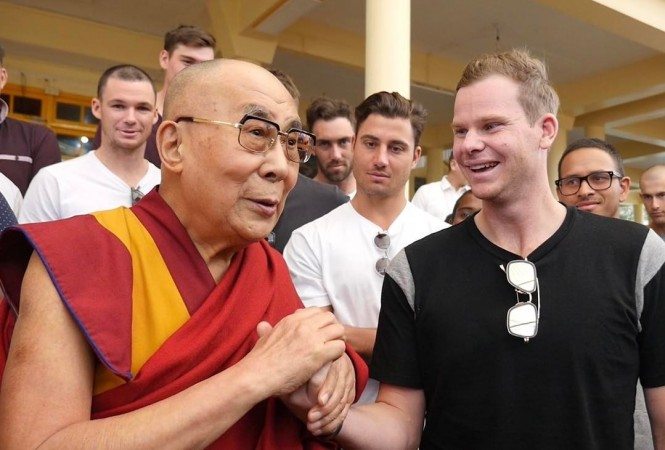 The four-match series is currently locked at 1-1 after the third Test between two sides also ended in a draw in Ranchi.

While India will seek one last push in order to bring a triumphant end to the proceedings, Australia will be well aware of their rare chance to create history.