Ryan Gosling explains why he was laughing during the Oscars mix-up | Newsmobile
Thursday, December 1, 2022

The Oscars mix-up is something that you just can’t forget for a long time and while it unfolded emphatically, Ryan Gosling was caught giggling during that very moment. At the Oscars ceremony which was held last month in Los Angeles, the Oscar for Best Picture was first awarded to La La Land after which the organisers realised that it was Moonlight that had won the award. 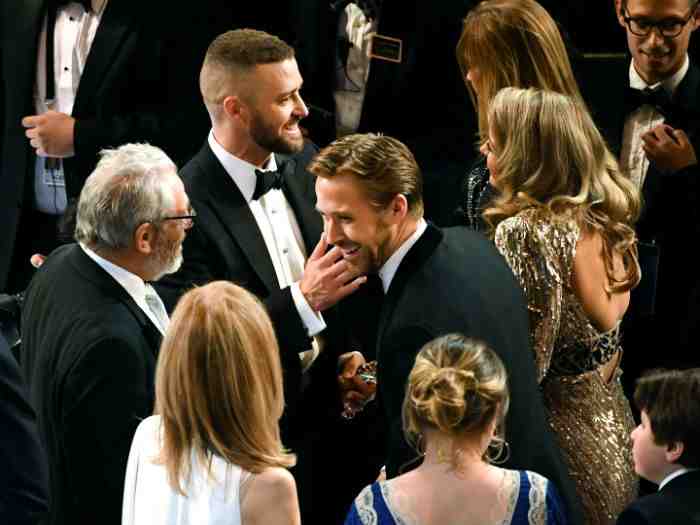 Ryan, meanwhile, has offered an explanation for laughing during the mishap:

“What really was happening as I was watching, it was surreal anyway. I was watching people start to have this panicked reaction in the crowd and guys were coming on with headsets and I felt like someone had been hurt. I thought there was some kind of medical situation, and I had this worst case scenario playing out in my head,” Ryan said.

ALSO READ: Adele paid tribute to the victims of UK attack by dedicating a song to them

“And then I just heard, ‘Oh Moonlight won,’ and I was so relieved that I started laughing. But truthfully, I was also so thrilled that Moonlight won. I know the director. I have worked with them before. It’s such a groundbreaking film, made for a million dollars, and incredible achievement and I’m so happy for them that they were being recognised,” he added.