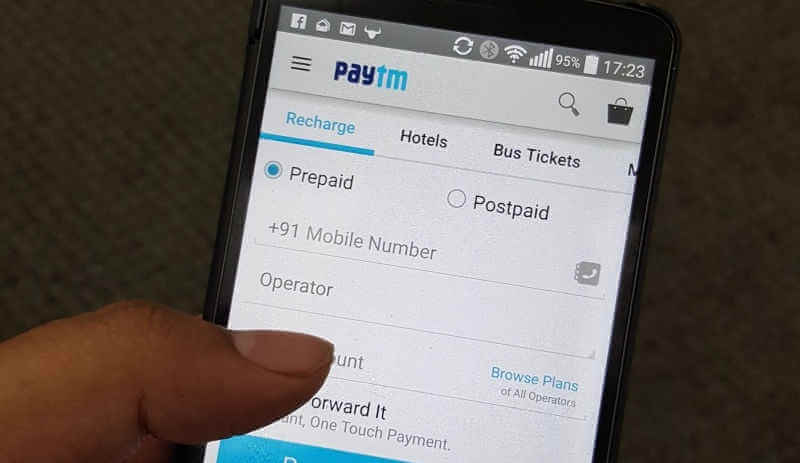 Money lost due to fraudulent transactions as a result of theft, burglary, loss of device or unauthorised access of a user’s Paytm wallet will now be refunded. This cover is being provided to users at no additional cost.

With this move, Paytm has taken yet another step to guarantee complete safety of money stored in the Paytm Wallet. All customers will be insured up to a limit of Rs. 20,000 or their wallet balance, whichever is lower.

In case of phone loss or theft, the customer must report the same to Paytm via e-mail or by calling its customer care within 12 hours. This would come as a big relief to customers and merchants as it proactively addresses any concern around the usage and security of their e-wallet.

“At Paytm, we have always stood by our seal of trust with the firm commitment to protect our customers from any misuse of their money. Our latest Wallet insurance scheme will maintain our seamless payment experience while ensuring greater peace of mind for millions of consumers and merchants who have embraced Paytm in their daily lives,” said Krishna Hegde, VP – Paytm.

Paytm’s QR code-based payment solution is already powering more than five million merchants today and is heavily used by consumers to pay for their spends at tolls, food courts, hospitals and large retail outlets among others.

With no cost of the POS terminal and zero transaction charges coupled with the vast Paytm user base, this makes the solution a viable and an attractive payment option for all large and small merchants. The company is acquiring almost a million merchants a month and aiming for over 10 million merchants in 650 districts of the country.

Paytm has also registered strong growth across its newly launched use-cases including tolls, canteens, parking and healthcare among others. Paytm’s QR code-based payments has also been welcomed by the country’s healthcare industry, which includes all leading pathology labs, diagnostic centers, pharmacies and hospitals chains.

It has also made its platform available in 10 different regional languages – Hindi, Tamil, Telugu, Gujarati, Marathi, Bengali, Kannada, Malayalam, Oriya and Punjabi, thereby resulting in an increase in traffic on the platform from smaller towns. It has also launched a 24×7 Merchant Helpline to assist merchants across India accepting payments using its cashless payment solution.