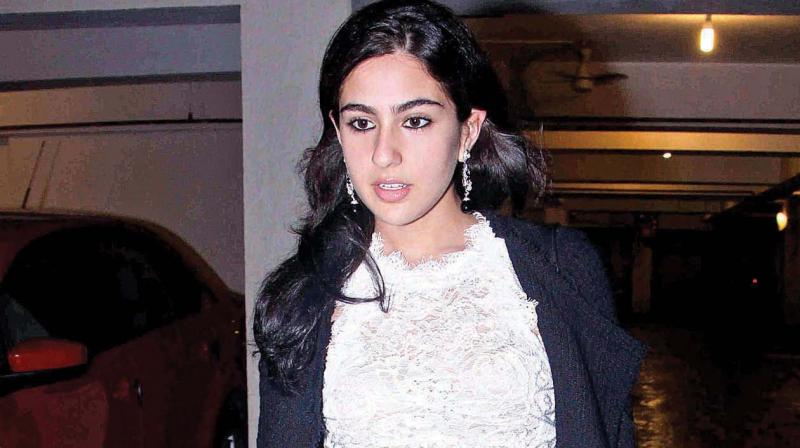 Saif Ali Khan‘s daughter, Sara Ali Khan is all set to make a Bollywood debut with Ranveer Singh and this might be her golden ticket. We just came across with a picture posted by her with Ranveer Singh in a wedding and they make an absolutely great duo!

According to the reports, Sara has always had a huge crush on Singh and wanted to debut with him. She will be the happiest to work with Singh. Look at how hot they look! Anyway, here’s what a friend of Sara who said:

“Sara Ali Khan is keen to debut opposite Ranveer Singh. She has a huge crush on him and feels they will look great together on screen. But word is, she is making her debut in a Karan Johar film. To work with him, she needs to debut in a YRF film. She’s always had a crush on him ever since she saw his first film and feels he is more of her age and at a wedding in Hyderabad took many selfies with him.”