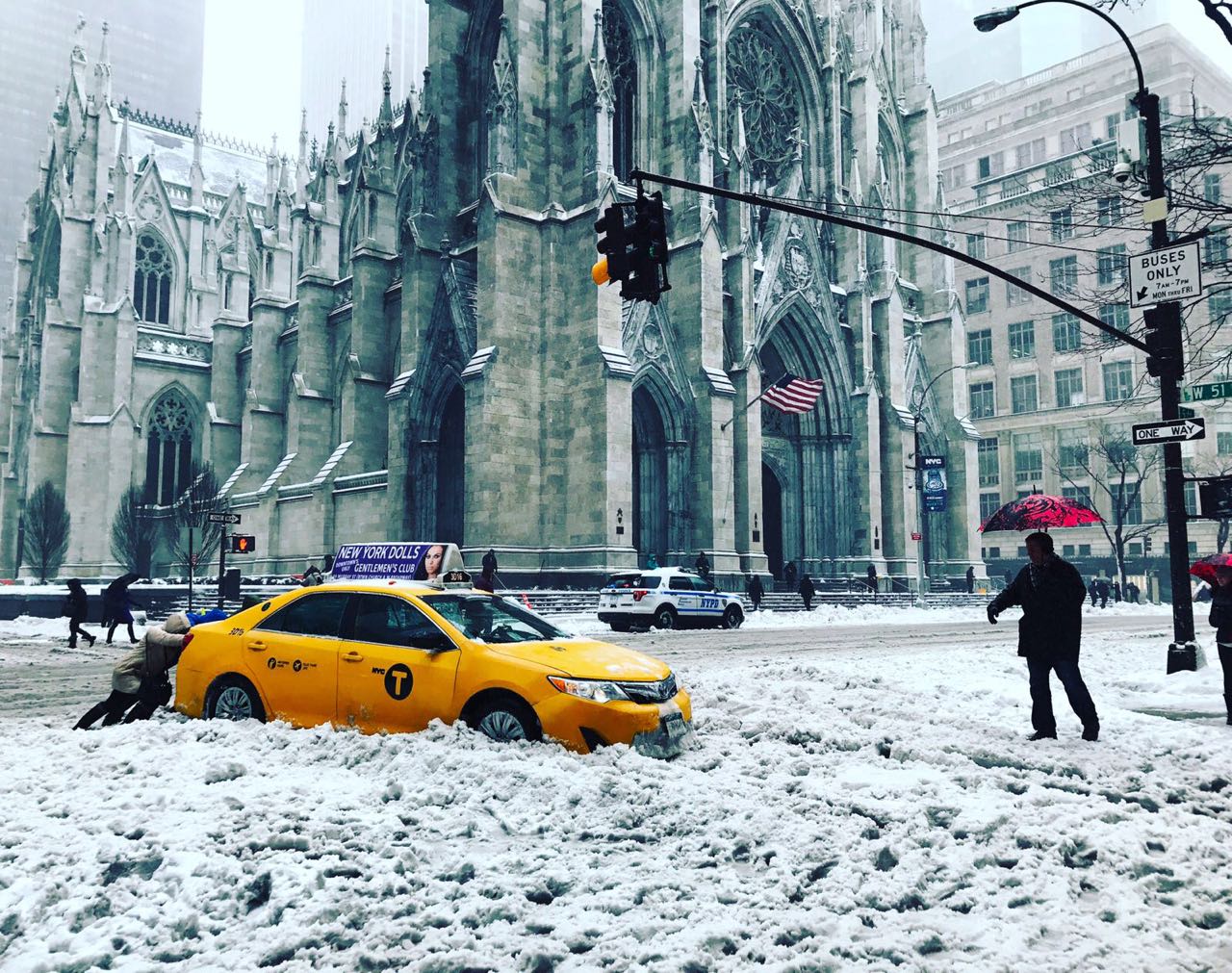 After a powerful winter storm in the mid-Atlantic and the Northeast on Tuesday, the schools have been closed, flights have been cancelled, warnings from city and state officials to stay off the roads and the metro has been stuck there. The National Weather Service issued blizzard warnings for parts of Pennsylvania, New Jersey, New York, Connecticut, Rhode Island, Massachusetts, New Hampshire, Maine and Vermont. 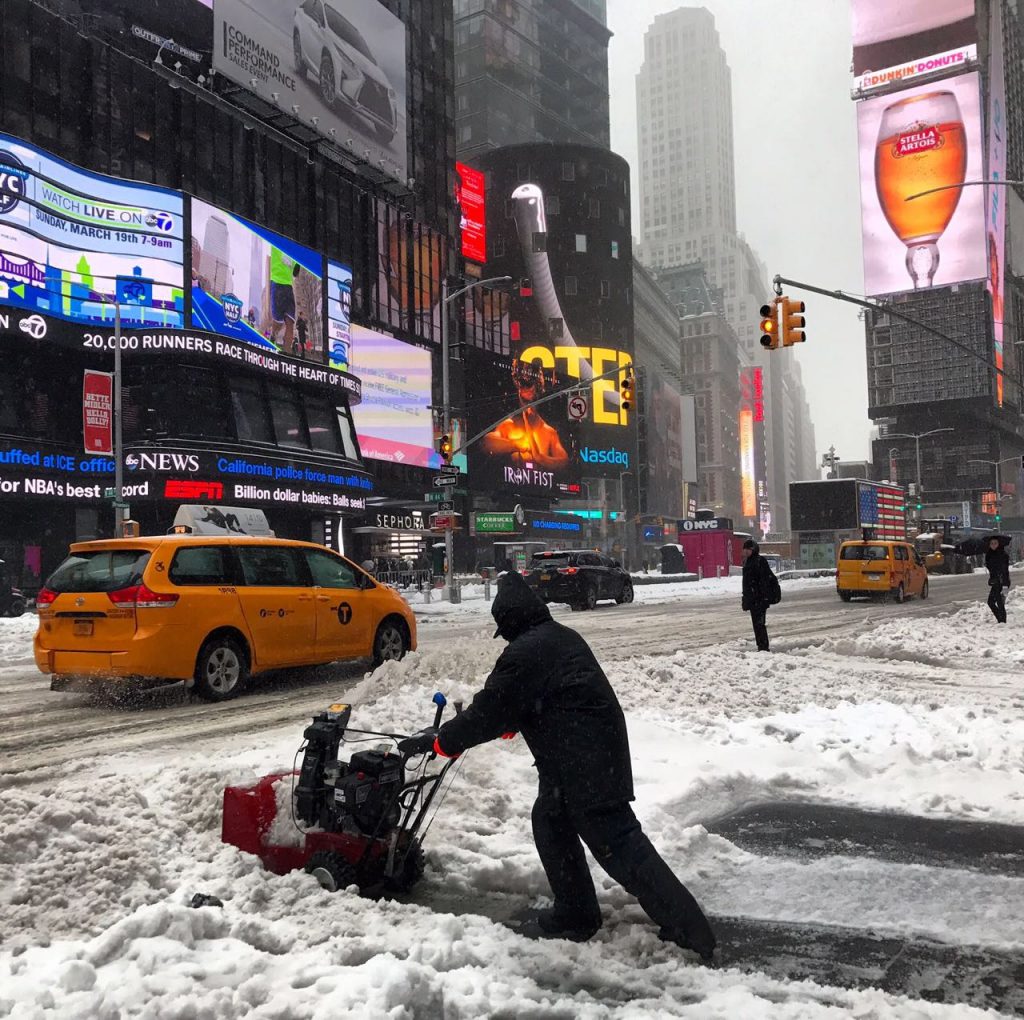 The storms was expected to dump 12 to 18 inches of snow on the New York City metro area with wind gusts of up to 55 mph. The weather service’s office near Philadelphia called the storm “life-threatening” and warned people to “shelter in place.” Coastal flood warnings were in effect from Massachusetts to Delaware. 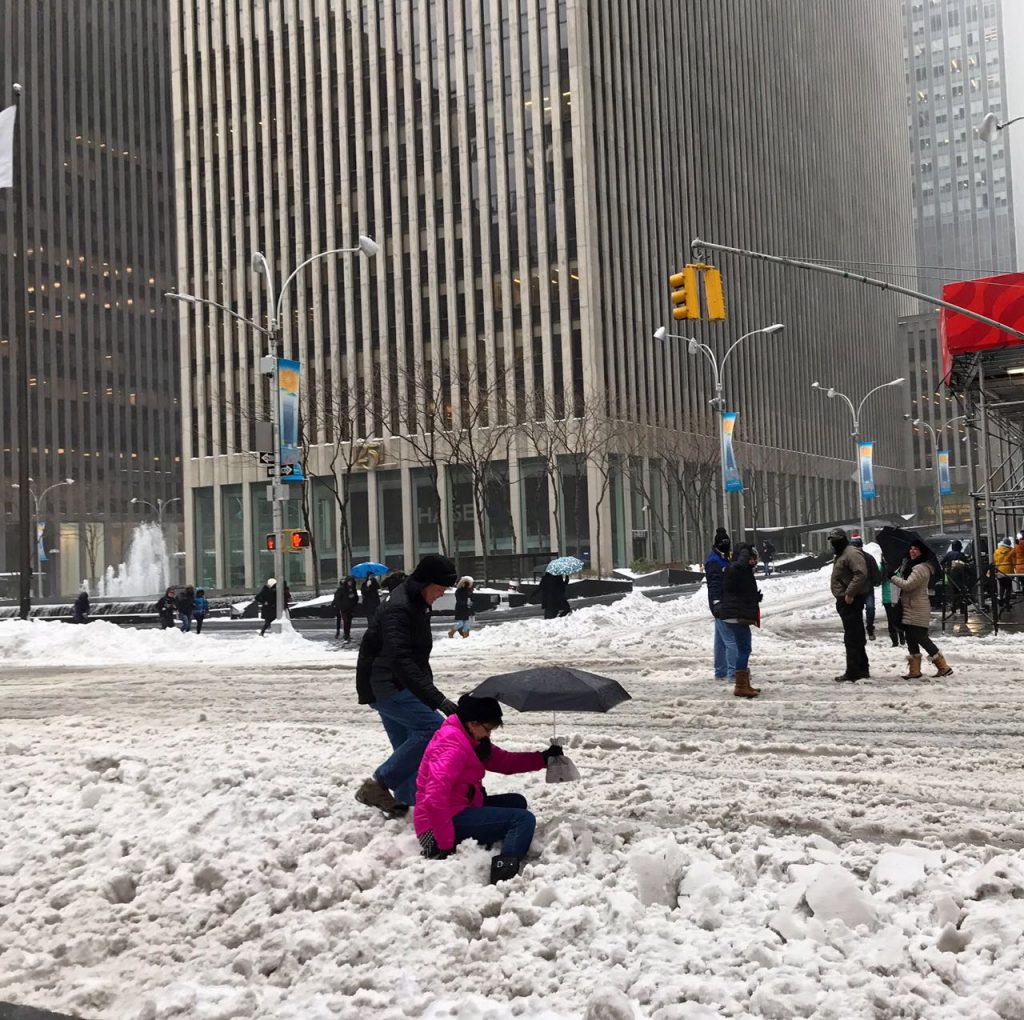 At the Akron-Canton Airport, there were eight cancellations and four delays of the flights, “We are seeing our Northeast flights impacted because of the weather in those areas. Philadelphia and Newark are cancelled,” said Lisa Davala Dalpiaz, director of marketing at CAK. “We see some delays in Detroit and Chicago this morning but those flights seem to be scheduled for normal later this afternoon.” 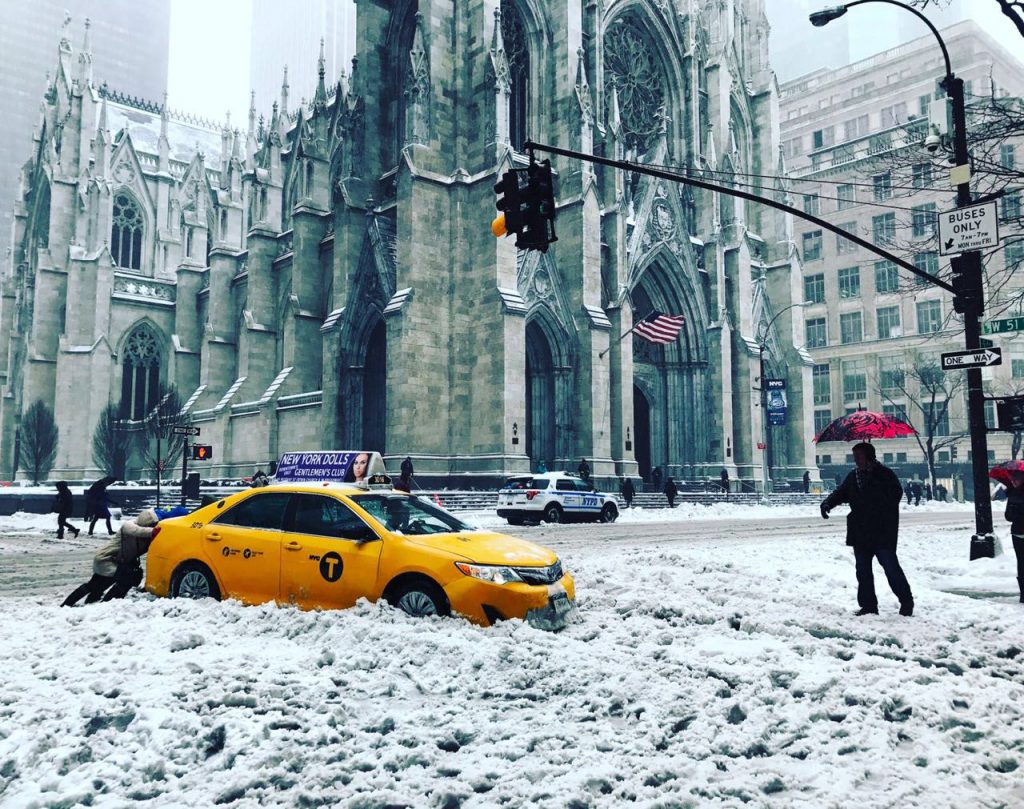 The streets of the East Village in Manhattan were deserted – except for caretakers shovelling the snow outside their buildings – with only a handful of cars crawling along the slushy roads. Thirty car crashes were reported in New Jersey by 10 am. 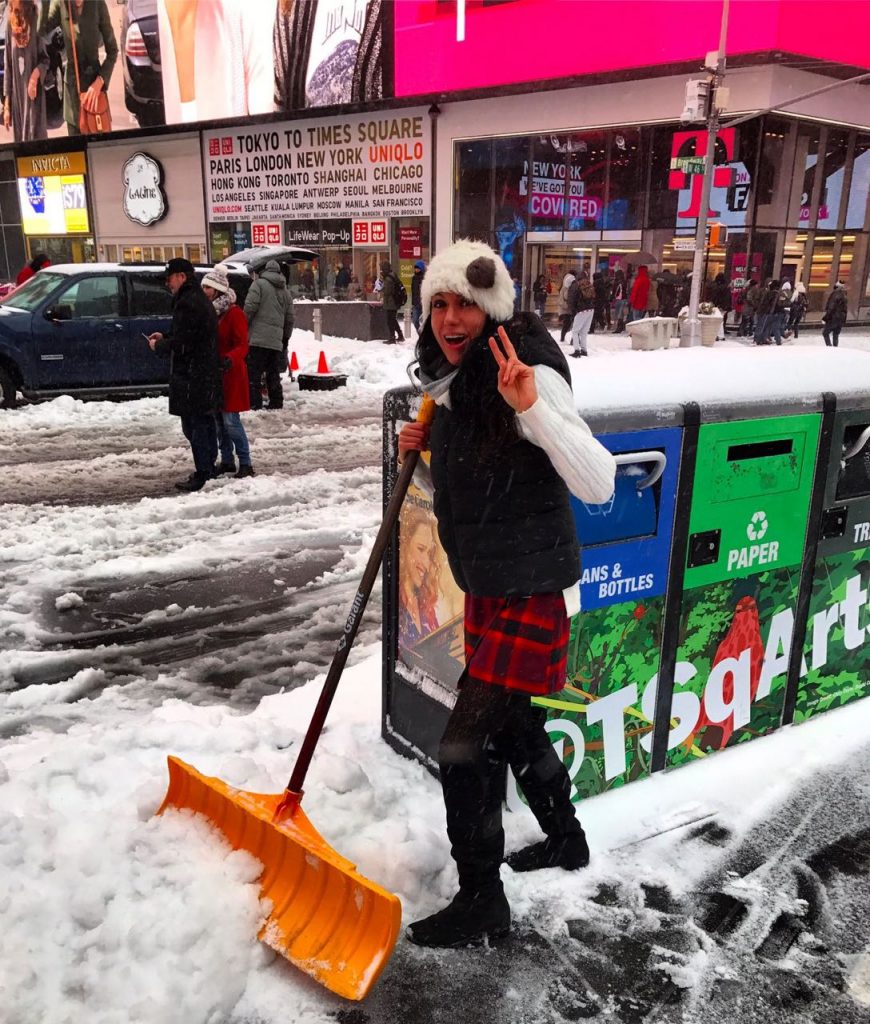