Nike is releasing a specially designed 'hijab' for Muslim women and we can't wait to see it | Newsmobile
Tuesday, August 16, 2022

Home Sports Nike is releasing a specially designed ‘hijab’ for Muslim women and we... 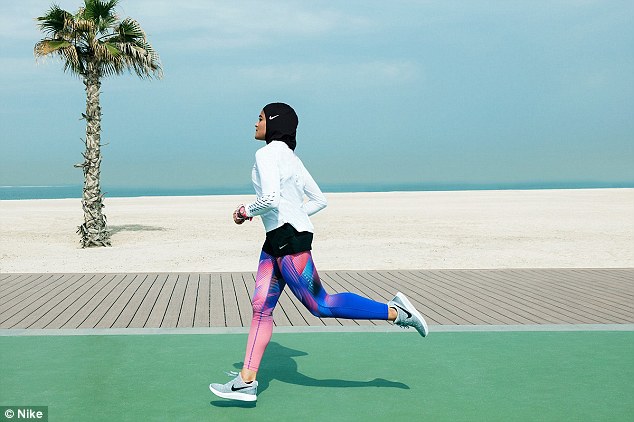 For all the Muslim women who are not backed down in the field of sports because they cannot wear the clothes, a sportsman wears, so keeping in mind the underserved market in the growing number of Muslim women who work out and compete in sports, Nike will launch a specially designed hijab in spring 2018.

“We worked with Amna and a variety of other athletes to see what they needed and wanted in a performance hijab,” a spokesperson told Al Arabiya English. “What we heard was that women were looking for a lightweight and breathable solution that would stay in place without concern of shifting.”

“People may think or tell you that you can’t do certain things, but I’m going to show them you absolutely can,” Zahra Lari, a figure skater from the United Arab Emirates who is part of Nike’s ad campaign, told Vogue Arabia. “I am covered, I am Muslim, I am from a desert country, and I’m doing a winter sport.”

This idea is for empowering women and encouraging them to pursue in sports. “There are a lot of … women and girls who are breaking barriers,” Nike+ Run Club Coach Manal Rostom told Vogue Arabia. “For me growing up, though, I never had these women to look up to. I had to break these barriers for myself.”

Nike set to launch ‘Pro Hijab’ https://t.co/KHGOqBV0xg Part of me says YAY, the other part says, a logo on my head? Plus, is it cute enough? pic.twitter.com/ctyUSrznYQ

Shout out to Nike… the Pro Hijab for Muslim Female athletes… pic.twitter.com/NIixGQOKrq

Last week Nike released an ad that asked about “what will they say about you.”. The ad revolved around a woman wearing hijab and running as an older woman and man are staring at her. Lari is among those featured along with Tunisian fencer and Olympics medalist Ines Boubakri, Emirati Parkour trainer Amal Mourad, Saudi singer Balqees Fathi and Jordanian boxer Arifa Bseiso.