Home World This king stunned Indonesia with his Gold escalator 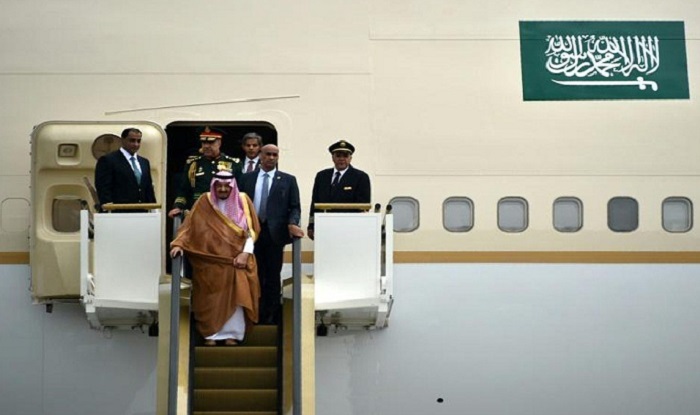 King Salman began the first visit by a Saudi monarch to Indonesia after almost 50 years, seeking stronger economic ties with the world’s most populous Muslim-majority country.

According to local media reports, the king used a private escalator covered by a thin layer of gold to disembark from the aeroplane.

Almost 460 tons of equipment have been flown in for the visit, including Mercedes limousines, with most transported to the Hindu resort island of Bali, where Salman will go on holiday after visiting Jakarta.

Naked statues at the Bogor palace were covered up before Salman’s arrival, and a VIP toilet had been specially built at a major mosque he will visit.

“As the country with the biggest Muslim population in the world, Indonesia will always have a special bond with Saudi Arabia,” Indonesian President Joko Widodo told the king at the palace.

King Salman is known for his own style of luxury.