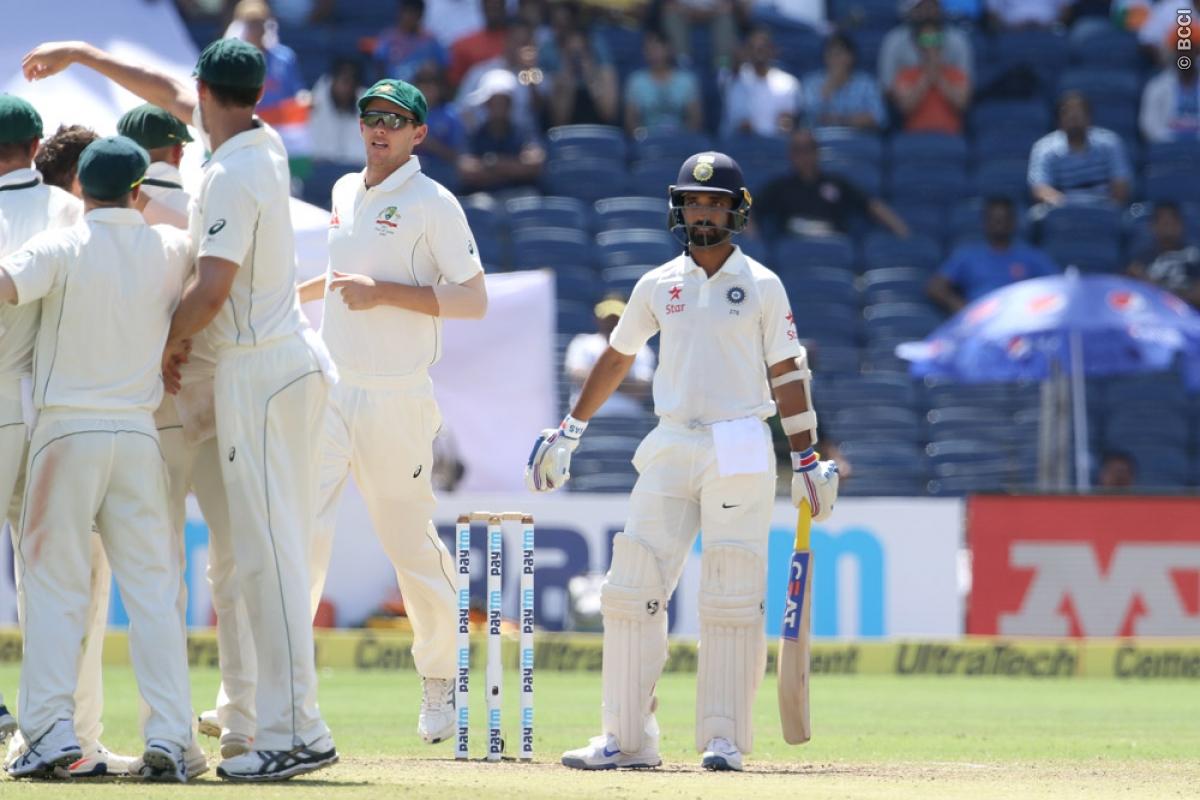 Pune: India were pushed on the back foot by Australian pace bowlers as the hosts were all out for 109-runs in their first innings, in reply to the visitors’ 260, on the second day. 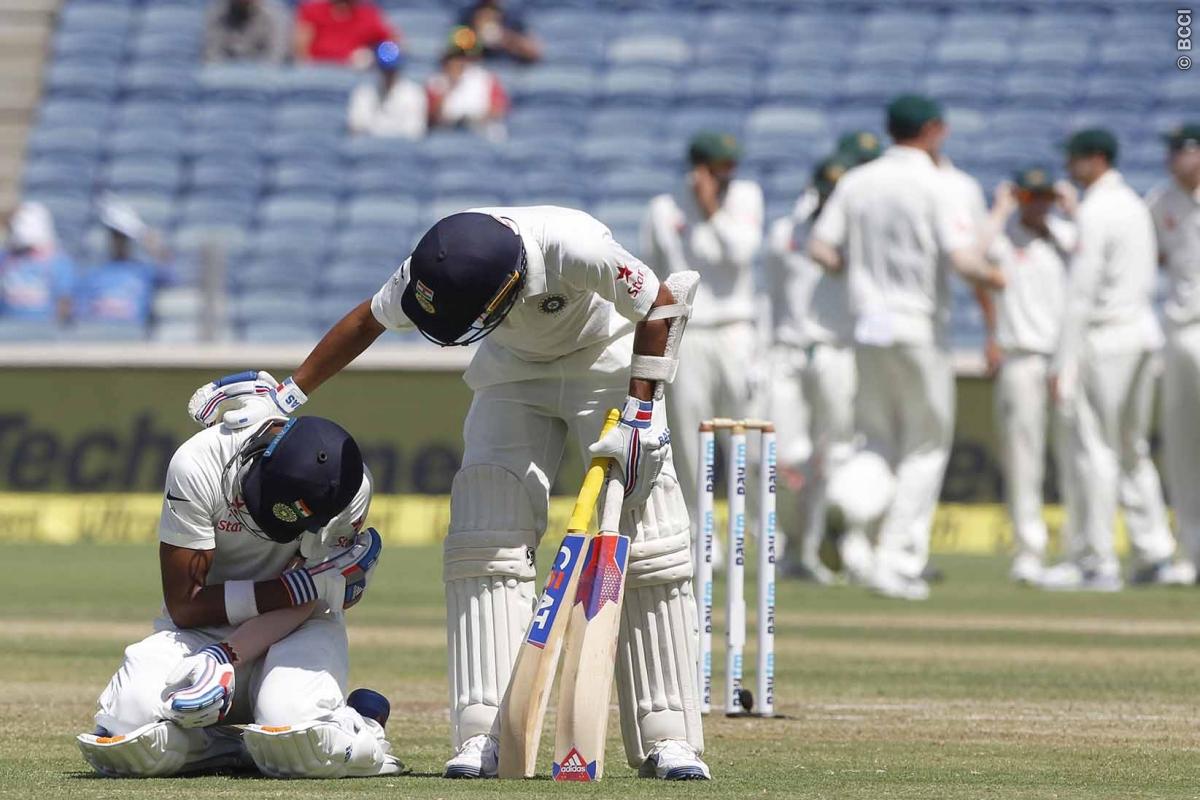 India, who polished off the last Australian wicket for the addition of just four runs in the fifth ball of the morning, were put on the ropes by left-arm fast bowler Mitchell Starc and his pace partner Josh Hazlewood.

Hazlewood, who did not use the new ball and replaced Starc in the seventh over, got the first breakthrough in his opening over by packing off Murali Vijay, who was caught behind for 10 with 26 on board. 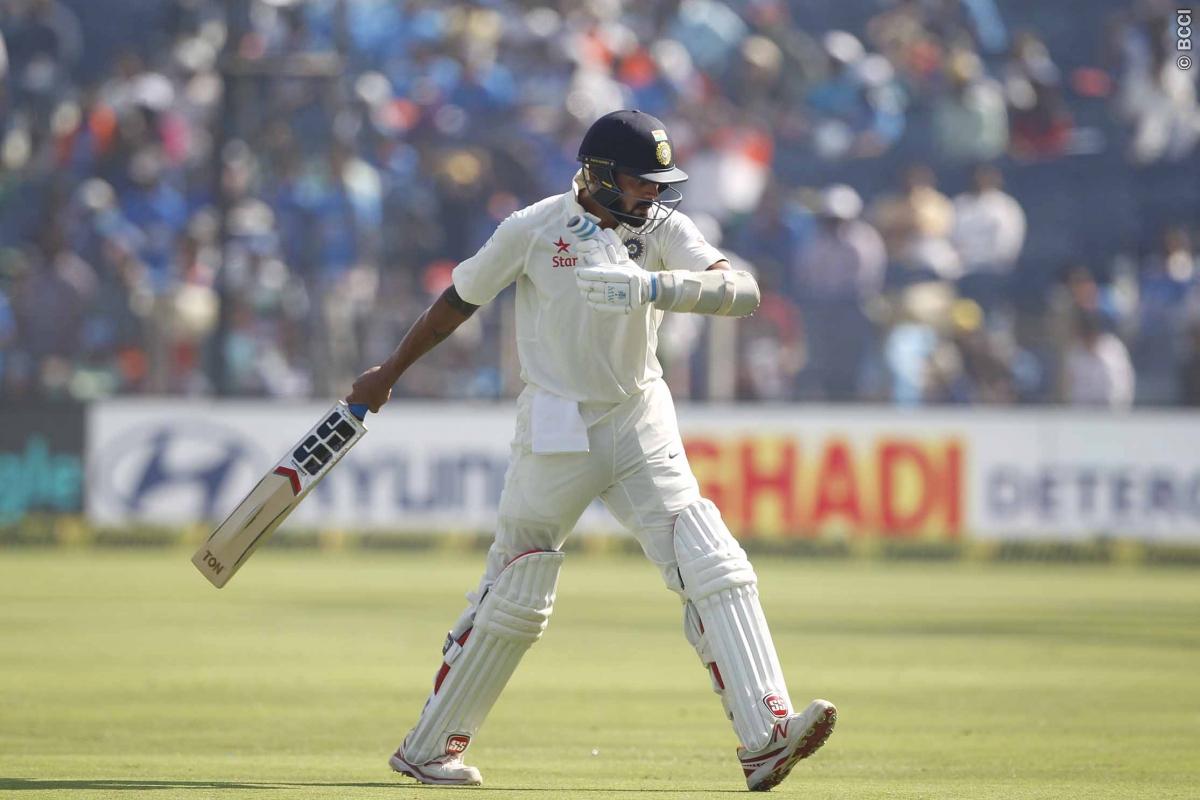 Starc then came back for his second spell to snap up the key wickets of Cheteshwar Pujara (6) and captain Virat Kohli for a duck in just three balls to leave the hosts gasping at 44 for three.

ALSO READ: Sevilla got the better of Leicester City ; Second Leg is going to be very crucial

Hazlewood removed in-form opener Vijay with a ball that moved in a shade and took the bat’s outside edge as the batsman poked at it in the seventh over of the innings.

Starc, then, stunned the hosts with a double strike in the first over of his second spell.

He first packed off another in-form Cheteshwar Pujara (6), with an unplayable snorter that the batsman gloved to Wade, while taking evasive action.

The lanky pacer then struck the biggest blow of the morning by removing Kohli, who came into the game on the back of scoring over four double centuries in four of the last five series played, for a second-ball duck.

The India captain, who had average 80 plus after tallying 1457 runs in the last 13 Tests, was lured to drive a wide ball angling away delivery of Starc, only to nick it to his opposite number Steven Smith at first slip. 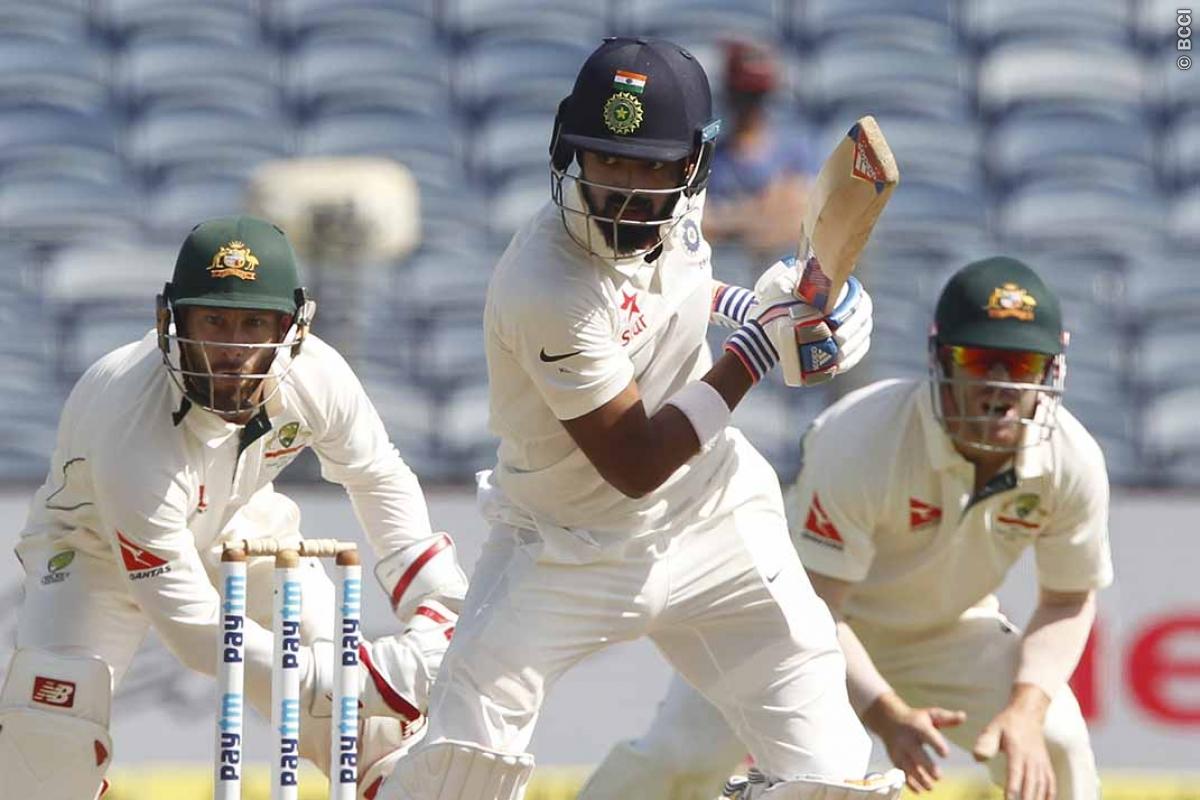 The batting of opener K L Rahul (47 not out in 80 balls) was the lone bright spot of India’s reply before lunch as he nudged the fast men off his pads and drove them through the covers when they over-pitched. He showed his attacking instincts against spin by stepping out to Steve O’Keefe to loft the left-arm spinner over the straight field for the first six of the innings.

ALSO READ: Umesh Yadav turn the game on for India; Australia 256/9 at stumps on Day 1

Rahul also played a reverse sweep off Nathan Lyon that fetched him a four to remain unconquered, three short of 50.

Rahul, who batted with composure and poise at the other end, was batting along side Ajinkya Rahane (6 in 27 balls) at the break. The hosts were 190 runs behind the visitors’ first innings total at the break.