Home Sports Umesh Yadav turn the game on for India; Australia 256/9 at stumps... 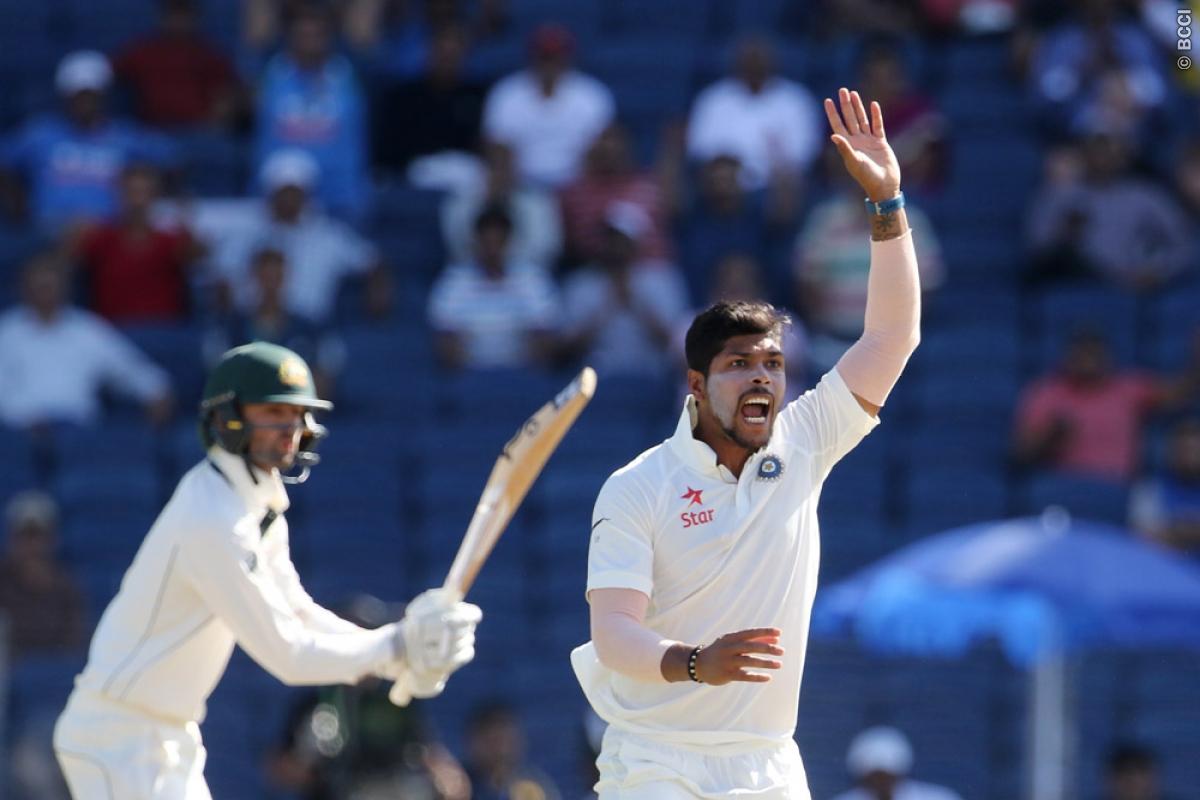 On a pitch that could be termed a rank turner, it was fast bowler Umesh, who showed exemplary skills with the old ball, returning with figures of 4/32 in 12 overs reducing Australia to 205 for nine before Starc staged a recovery with a ferocious counter-attack. 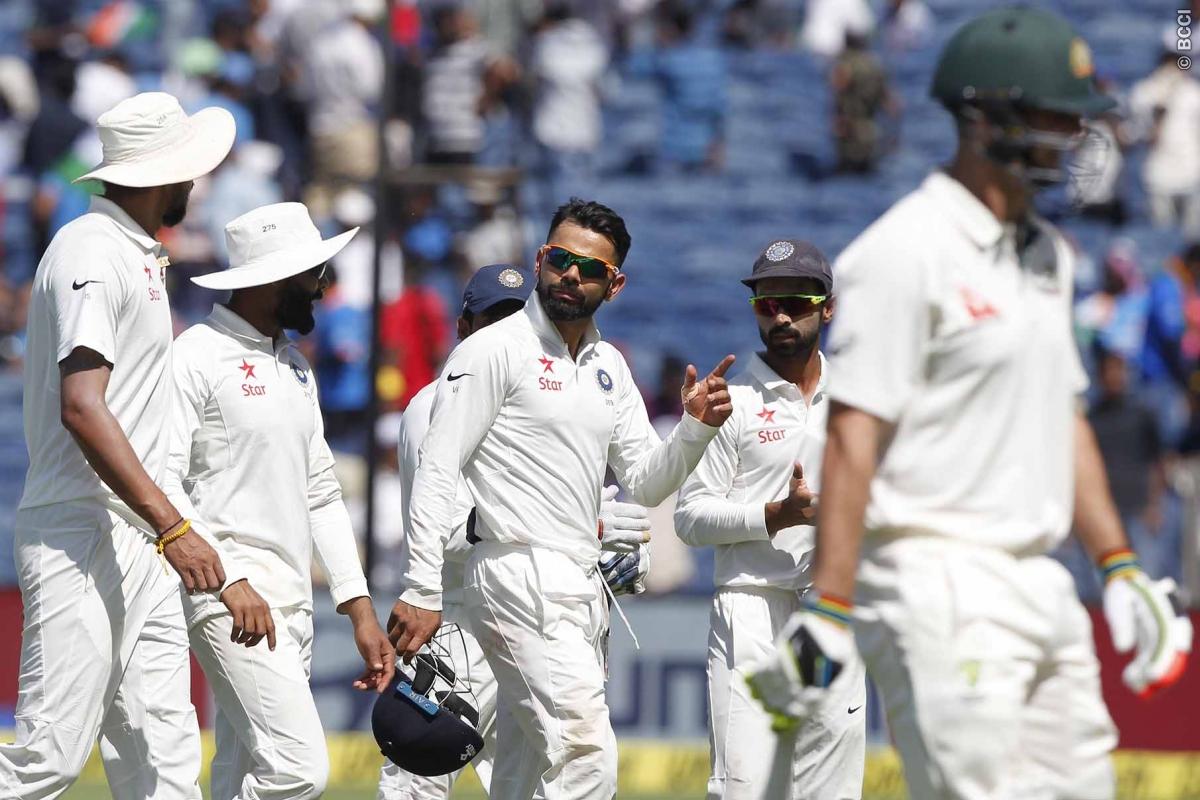 Starc used his long handle to good effect as he blasted the second new ball getting five fours and three sixes in his unbeaten 57 off 58 balls. Enroute to his ninth half-century in Tests, Starc also completed 1000 runs in the longest format.

ALSO READ: Casillas vs Buffon ,who won the Clash of the Keepers?

Along with Josh Hazlewood (1 batting), he added 55 runs for the unbroken 10th wicket giving the team’s total more than a semblance of respectability considering the conditions that they batted on.

Among the top-order, it was young left-handed opener Matt Renshaw (68 off 156 balls), who showed technique as well as temperament despite a stomach bug that forced him to retire at the fall of David Warner’s (38) wicket. 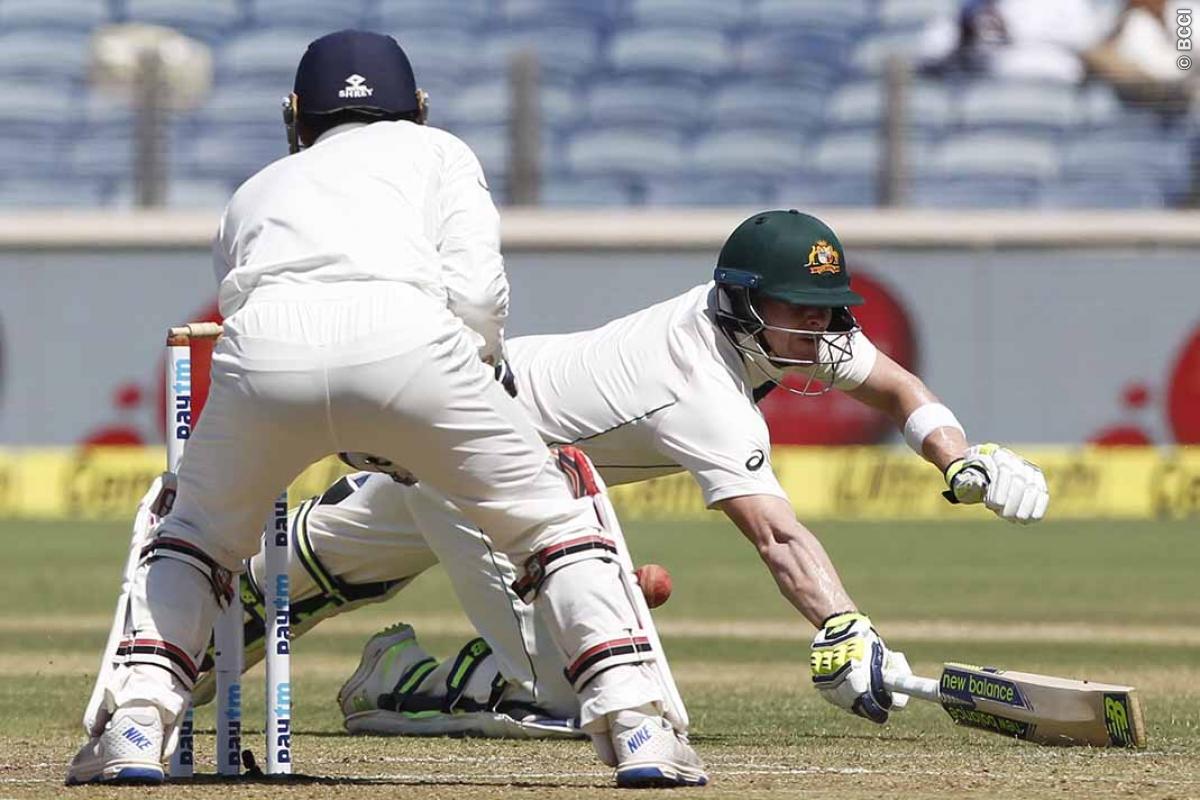 Opting to bat, Australian openers Warner and Renshaw tackled the spinners well, especially Ravichandran Ashwin (2/59 in 34 overs), who not only got the ball to turn big and but also bowled tight lines.

From Sunil Gavaskar to Shane Warne, everyone said that the first day track was extremely difficult to bat on and Starc’s innings ensured that Australia reached close to 275-run mark — considered a par score on this track which is expected to get worse by the day.

ALSO READ: Sevilla got the better of Leicester City ; Second Leg is going to be very crucial

No praise should be enough for Umesh, who was introduced as late as 28th over where he was handed the semi-new ball. Te normally flamboyant Warner was cautious and paid the price as he dragged a delivery shaping away into the stumps.

Renshaw, who was batting confidently till then, suffered a stomach bug, which meant that two new batsmen in skipper Steve Smith (27) and Shaun Marsh (16) were at the crease. 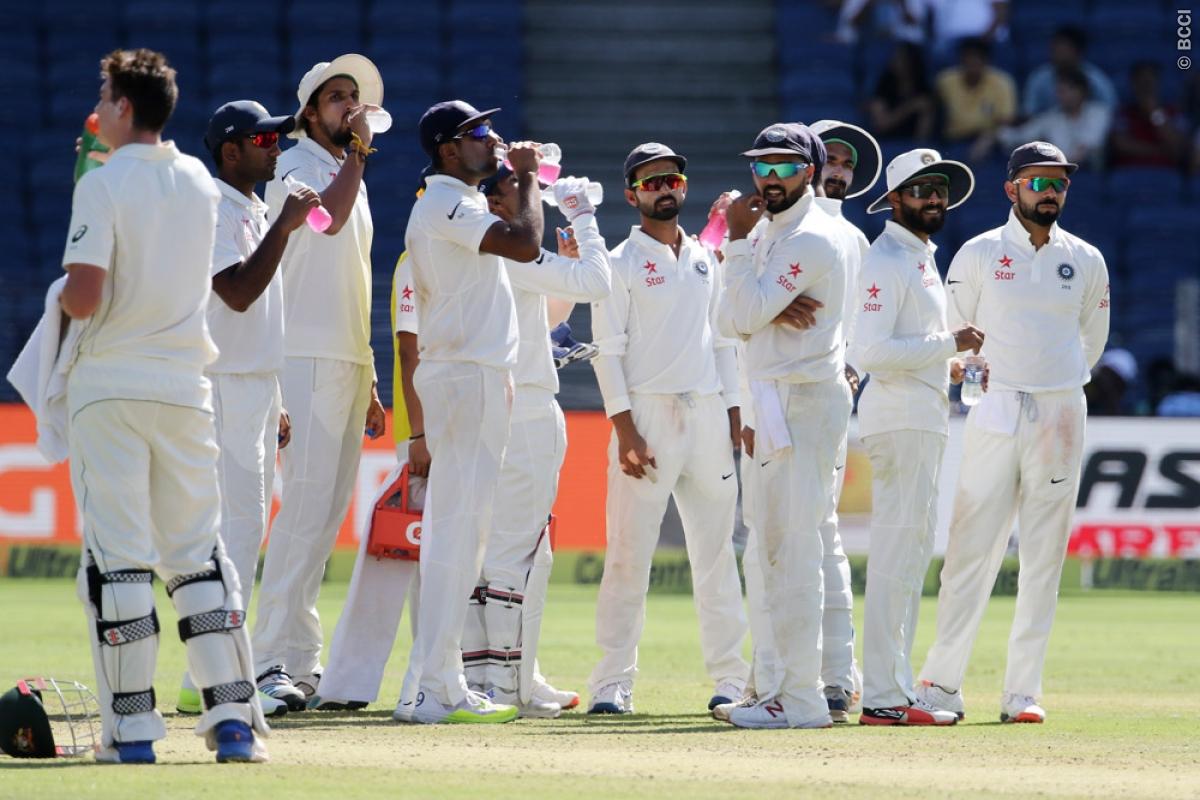 Indians took charge from the second session as Australians went into a shell and the pitch made matters worse for them with Ashwin and Ravindra Jadeja (2/74 in 24 overs) strangulating the batsmen.

There weren’t any partnerships with wickets falling at regular intervals.

ALSO READ: 10 Technological Wonders that will change the world in near future

Yadav was exceptional with the old ball as he got it to reverse at 140k plus speed, running through the lower middle order. Matthew Wade and Nathan Lyon had no answer to the swinging deliveries while Wriddhiman Saha’s exceptional catch got rid of Steve O’Keefe.

But just as Indians were getting ready to bat for around half an hour, Starc was in a mood to counter attack, throwing his bat at everything. The second new ball helped his cause as it came on nicely to the bat as he plonked his front-foot and hit the spinners through the line.