Home Sports Casillas vs Buffon ,who won the Clash of the Keepers? 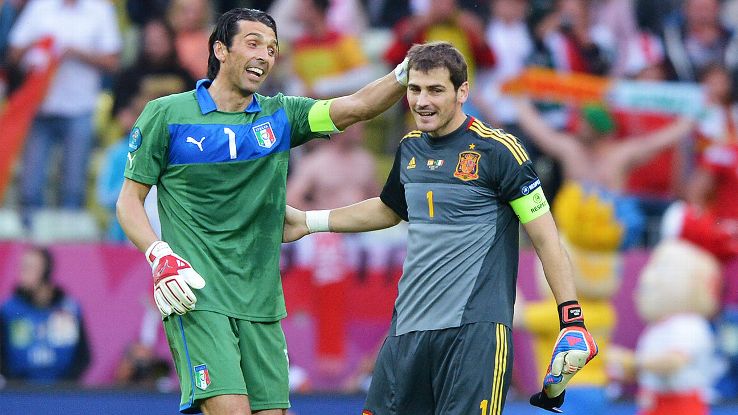 Both the teams were on a winning streak of 6(Porto) and 7(Juventus) games. It was assured that one of the team’s glorious run would end tonight or on 15th of March when they will meet again for the second leg.

Juve controlled the game with 71% possession of the ball and 8  attempts at the goal with only one at the target in the first half .Casillas kept his cool and made a magnificent save keeping the score 0-0 at the end of the first half with Porto managing only two off-target attempts at the goal, The crucial RED CARD of Alex Telles gave Captain Buffon a clear edge over Captain Casillas for the rest of the match.

Second Half started with exchanging blows, Juve being the frequent attacker. Gonzalo Higuain missed two great looking chances . Cuadrado was substituted for Pjaca in the 67th minute and he proved his worth by scoring a zigzag passing gameplay with a fine assist from Dybala, into the goal through a clean strike from close range in the 70th minute. Manager Allegri again made a substitution, changing Lichsteiner with Dani Alves and it paid off immediately with Dani Alves scoring against his ex-Real Madrid fellow Iker Casillas. Two substitutions, two immediate results, the Bianconeri couldn’t have asked for a better first 30 mins of the second half. Pjaca has struggled to express his potential this season, also because of an injury, but the coach has always talked

Pjaca has struggled to express his potential this season, also because of an injury, but the coach has always talked about him as the next big thing for Juve. His first goal with the Bianconeri could not have come at a better moment. It took even less time for Alves to leave his mark after coming off the bench.

Buffon the clear winner in this Clash of the Goalkeepers managing a clean sheet , that too in an away game.

The game ended in 2-0, Juventus taking a significant two away goals advantage to the Juventus Stadium in Turin for the 15th march fixture.