Cash-rich Brihanmumbai Municipal Corporation (BMC), with 227 municipal wards, is polling on Tuesday. The polling began at 7.30 am and will close at 5.30 pm. The results will be declared on February 23.

12:25 PM: “I request people of Maharashtra to use their right to vote. It is your duty and if you won’t invest your time in it, democracy will never improve. So, take out some time from your schedule and please vote today,” says Devendra Fadnavis, Chief Minister, Maharashtra. 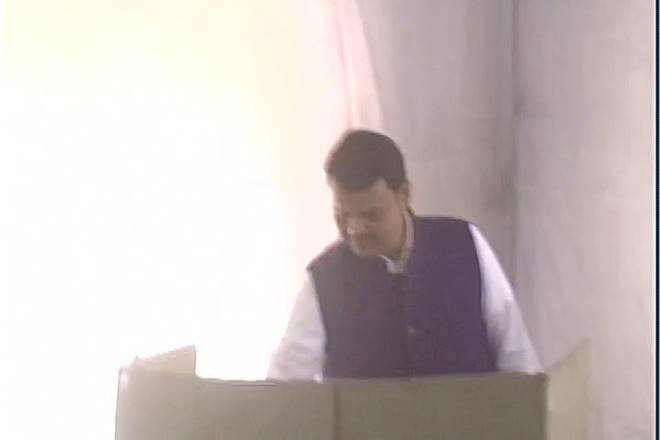 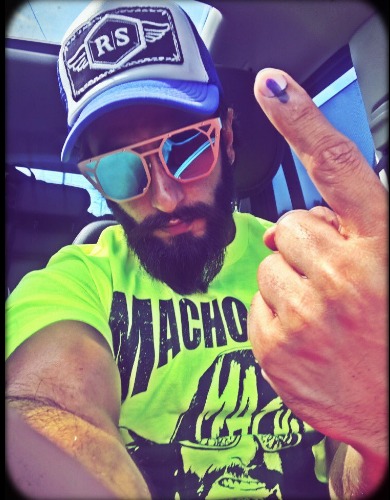 12:10 PM: Shiv Sena Chief Uddhav Thackeray cast his vote at Bandra East. He was accompanied by his wife and children: 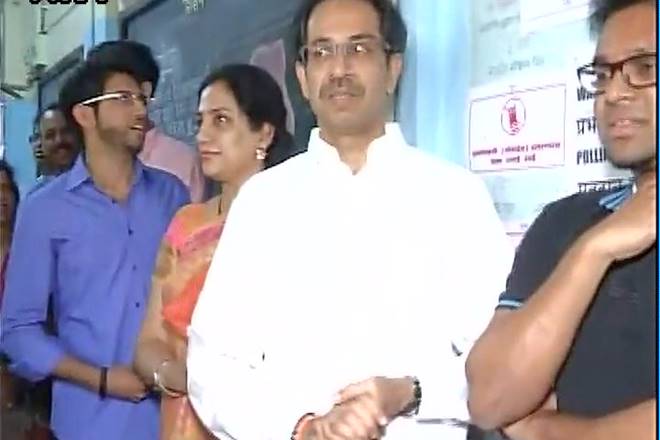 11:15 AM: Actor Rekha casts her vote for civic body polls at a booth in Mumbai’s Bandra: 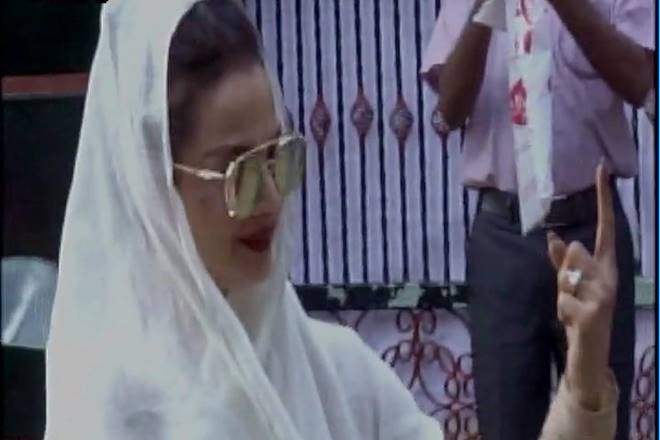 10:35 AM: Senior Congress leader and former Union Minister Home Minister Sushilkumar Shinde cast his vote with his family in Solapur: 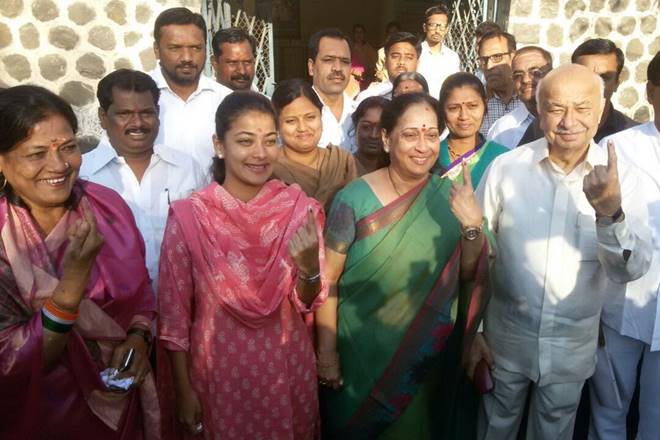 10:16 AM: MNS Chief Raj Thackeray reaches voting booth with his mother and wife. 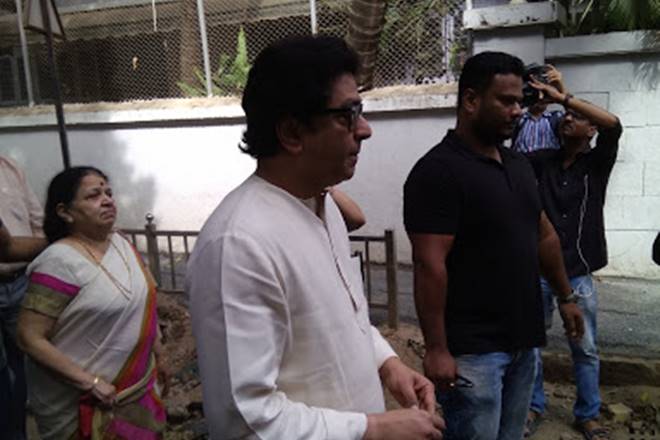 10: 12 AM: Union Minister Nitin Gadkari is in Nagpur to cast his vote. “Voters will decide the winners but with the kind of work we have done, we should get at least 100 votes,” he said.

10:10 AM: Filmmaker Zoya Akhtar casts her vote and has attacked the Mumbai government. She questioned, “Why are we spending Rs 23,000 Cr on statutes? We should focus on Should focus on traffic, safety and pollution.” 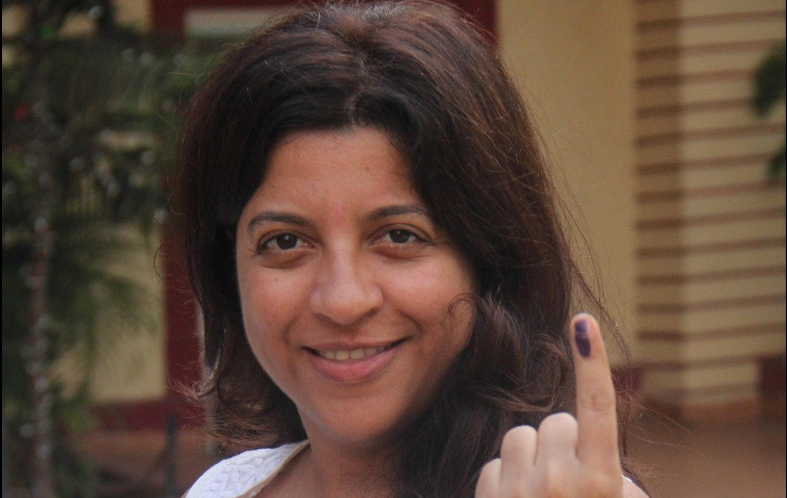 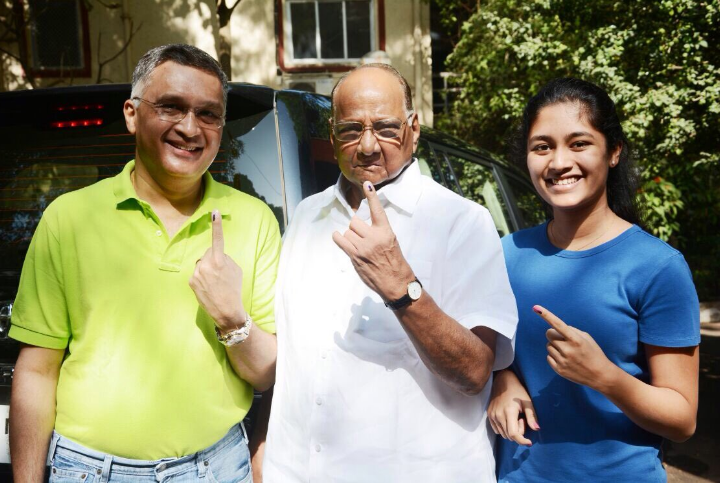 9:07 am: Actor Paresh Rawal casts his vote for BMC Elections.

8:22 am: Tina Ambani casts her vote at a polling booth in Colaba, says she voted for good work in Mumbai.

7:40 am: RSS Chief Mohan Bhagwat casts his vote at a polling booth in Nagpur. 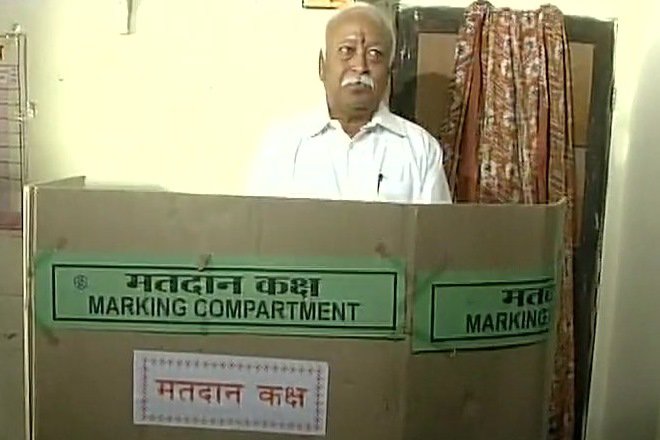 7:30 am: Voting in Civic Body Polls start in multiple cities of Maharashtra. People queue up at a booth on Mumbai’s Pedder Road.