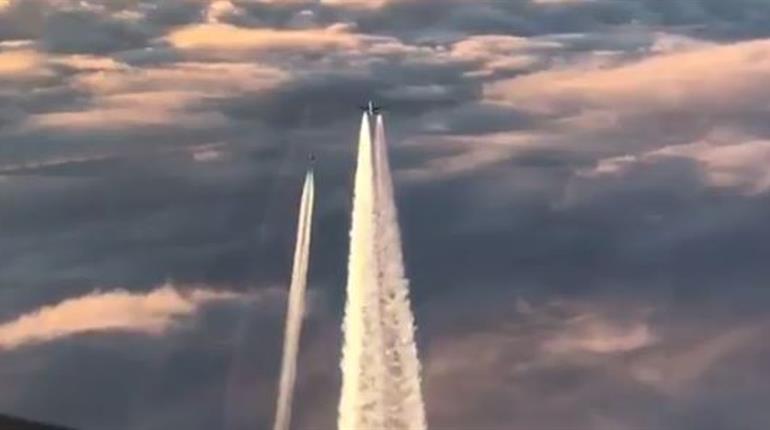 Two German Air Force planes intercepted and escorted a Jet Airways aircraft with more than 300 passengers and 15 crew members on board after the latter went off the radar. After a brief security scare, the flight from Mumbai to London was able to restore communication with local air traffic controllers and landed safely at Heathrow airport.

A purported video of the incident is available. The video, captured by the pilot of a European airlines flight that was flying 2,000 feet above the Jet Airways flight, shows that the 9W-118 had no contact with the ATC for 15 minutes.

However, the veracity of the video could not be verified.

The incident, which took place on February 16, came to light after Jet Airways issued a statement on Sunday. It said that the crew of the flight had been grounded till the Directorate General of Civil Aviation investigates the episode. “Contact between Jet Airways flight 9W 118, from Mumbai to London Heathrow, of February 16, 2017, and the local ATC, was briefly lost while flying over German airspace,” read the statement.

According to the report, the communication blackout reportedly happened as the pilot chose a wrong frequency to communicate, according to Aviation Herald. The incident took place when the air traffic control in Slovakia was handing over charge to Prague.

Also Read: All you need to know about IPL auctions 2017