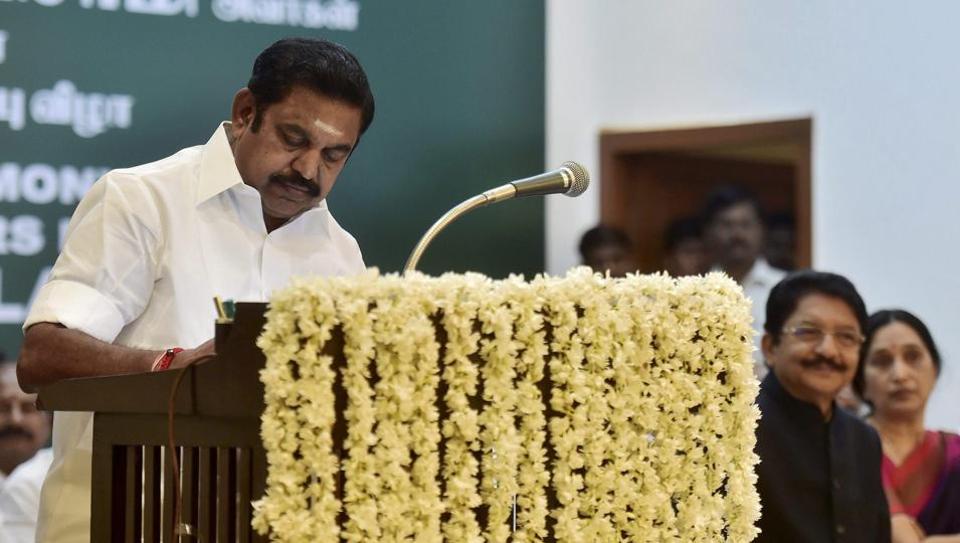 The Tamil Nadu crisis for the leadership of the state will come to a close as  Chief Minister Edappadi K. Palaniswami will seek a vote of confidence in the Assembly on Saturday.

O Panneerselvam, who revolted against VK Sasikala, is yet to reveal its card to prove the majority. The Opposition DMK with 89 MLAs has already said that it will vote against Palaniswami in the trust vote. 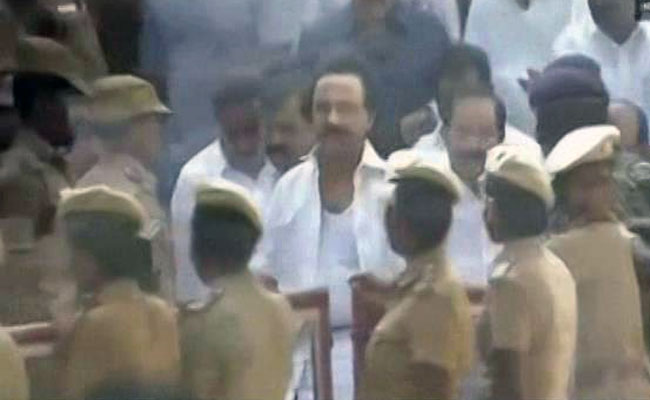 2.23 pm IST:In the meanwhile, the Golden Bay resort, where Sasikala’s MLA’s stayed for nearly 2 weeks has been closed for maintenance.

1.48 pm IST:You (DMK lawmakers) tore my shirt and insulted me. I am doing my work: Speaker P Dhanapal. 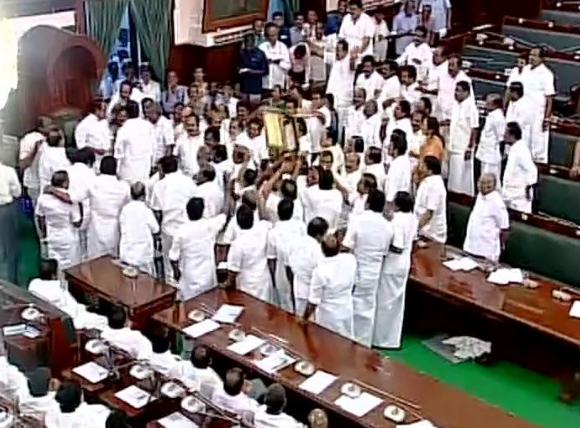 1:23 pm: Speaker P Dhanapal orders eviction of all DMK MLAs from the Assembly

12.19 pm IST: Table in front of Speaker’s chair has been broken. Microphones being thrownas DMK protests in assembly.

12.01 pm IST: Nobody can interfere in my decision on how to vote, says Tamil Nadu assembly Speaker P Dhanapal

11.25 am IST: MK Stalin in the House says legislators are treated like prisoners.

10:07 am: Congress MLAs reach Tamil Nadu assembly ahead of the Floor Test.

10:06 am: I strongly appeal, atleast speaker should permit secret ballot. To some extent, MLAs will be free to exercise their franchise: BV Acharya

10:04 am: They’re not given opportunity,huddled together in a resort with other MLAs. Where is the chance of any free thinking, deliberation. Governor should have brought in President’s rule for at least 2-3 months so that normalcy prevails, and MLAs are free, not under threat: BV Acharya

10:00: am: You can’t say it is a vote exercised by them (MLAs who stayed in resort) out of their free will: BV Acharya, special PP in Sasikala DA case.

9:15 am: The chief minister has reached the secretariat for the floor test. It is scheduled at 11 am.