Sara Ali Khan to debut opposite Tiger Shroff in Student of The Year 2 | Newsmobile
Friday, August 19, 2022

The most discussed rumours were Tiger Shroff’s girlfriend Disha Patani had been finalised opposite him in Punit Malhotra’s Student Of The Year 2. The film’s shooting begins in April.

But, according to the report, Disha Patani will be replaced by Saif Ali Khan and Amrita Singh’s daughter Sara Ali Khan. Earlier Disha was finalised as Tiger was keen to have her in the film. It would mean that this off-screen pair would finally woo each other on-screen and that’s also interesting for the audience. This isn’t the first time Disha has lost a role opposite beau Tiger, to an industry child. It also happened during Baaghi. Sajid Nadiadwala replaced her with Shraddha Kapoor. 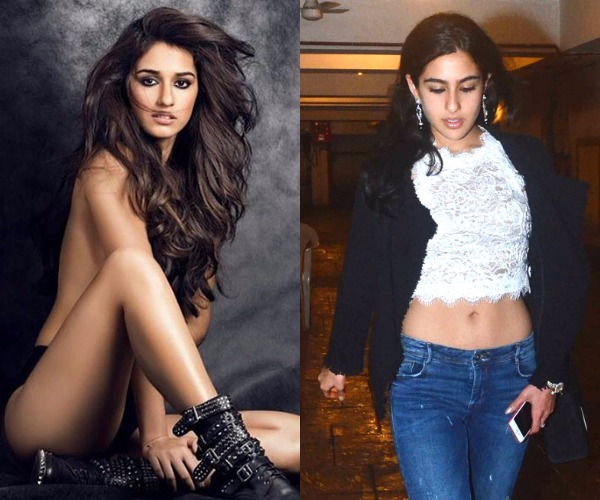 Producer Karan Johar and director Punit agreed to Disha, as she has a pleasing personality and is confident on screen, as seen in her last release MS Dhoni: The Untold Story and Kung Fu Yoga with Jackie Chan.

But for some unknown reason, Disha has made way for Sara. This is another case of an outsider losing to a star kid. KJo was always planning to launch Sara, but her name was mentioned in connection to the remake of The Fault In Our Stars with Shahid Kapoor’s brother Ishaan Khattar. But that didn’t work out. Karan is very secretive about his films and he likes to announce them himself. They are holding this bit of news close to their heart because they were not happy with the news of Disha being cast, coming out.”

Sara’s mother Amrita Singh and Tiger’s father Jackie Shroff worked in four films together and now, their children will be working together. Tiger has started prepping for the role.