Is Twitter the new Tinder? find out why | Newsmobile
Saturday, October 1, 2022

Home Lifestyle Is Twitter the new Tinder? find out why 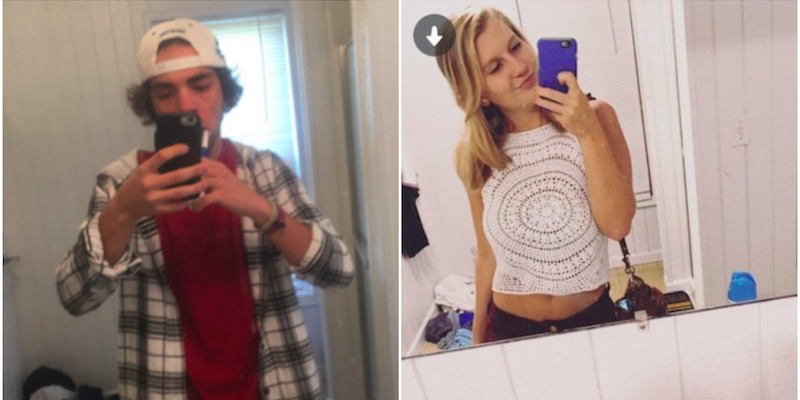 Unlike Tinder the dating app, Twitter is a platform where only words like trolling, sarcasm and owning up are famous. in such a scenario, it is hard for someone to find the love lives here.

Ironically, the best things happen to us when we least expect them and surprisingly the same happened with a lot of Twitter users, a lot more than you’d expect. Yes, off late Twitter is flooded with personal stories via screenshots and pictures and it can’t get better than this. Here are the best ones:

Ladies slide into your dream guys dms, he might just move across the country for you. #wemetontwitter pic.twitter.com/lnB88IKLIp

#WeMetOnTwitter 3 years and two kids later we still at it pic.twitter.com/VaGAU5K71o

“If anyone has any good movie recommendations please hit my dms with them I’m sooo bored” #WeMetOnTwitter pic.twitter.com/omlkpJulmu

#WeMetOnTwitter in 2012. He lived in Los Angeles & I lived in Kuwait. We got married in Cairo in 2016 pic.twitter.com/hFmDeNZJkn

#WeMetOnTwitter no one slides in my dms but I got myself a cat pic.twitter.com/q7uJItA5fD

#WeMetOnTwitter It started w/ a simple tweet of wanting Miso Soup and we’ve been happy ever since@justinchang0 pic.twitter.com/DsobmCMoaY

#WeMetOnTwitter This FINE piece of caramel slid in my DMs. At first he went to Morehouse, but transferred to Hampton the next year! #LOML❤️ pic.twitter.com/4g72HiKO5G

Two years ago she asked me “what kind of cigarettes do I smoke”, Now we’re married #WeMetOnTwitter pic.twitter.com/btzaO9ofHh

#WeMetOnTwitter we started flirting on the TL in ’13. i am blessed to say i was his first gf & now his fiancée! we have forever to go ❤️ pic.twitter.com/yEjQIz2iUd

After just a couple of months, nothing could’ve prepared me for where we are today #WeMetOnTwitter pic.twitter.com/G3vY6m9qjL

So next is the possible chances for you to get your love in Twitter.