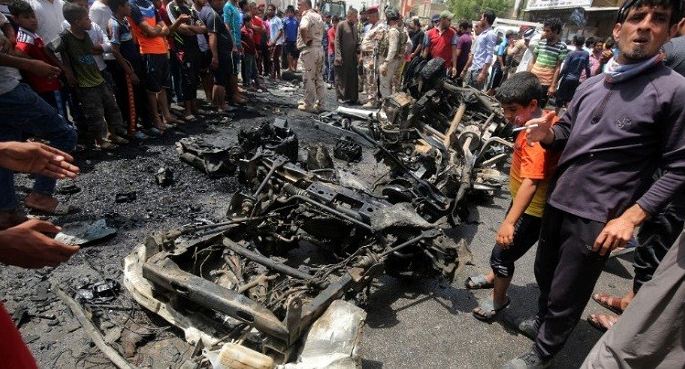 A car bomb exploded in Baghdad for the third day running today, killing at least 16 people in a southern neighbourhood, an interior ministry official said. The blast rocked the same Bayaa neighbourhood where a car bomb had already killed four people on Tuesday, the official told AFP, speaking on condition of anonymity because he is not authorised to talk to the press.

He said another 25 people were wounded in the explosion, which went off in a busy market area. Hospital officials confirmed the casualty toll. There was no immediate claim of responsibility for the latest attack.
ALSO READ: 12 dead, 50 injured in suicide attack on Sufi shrine in Pak
At least 11 people were also killed in a suicide car bomb attack claimed by the Islamic State jihadist group yesterday in a northern neighbourhood of the Iraqi capital. Baghdad was rocked by a wave of deadly suicide bombings during the first days of 2017 but relatively few explosions had been reported since then until this week.
ShareTweetGoogleWhatsappPrint
Mail