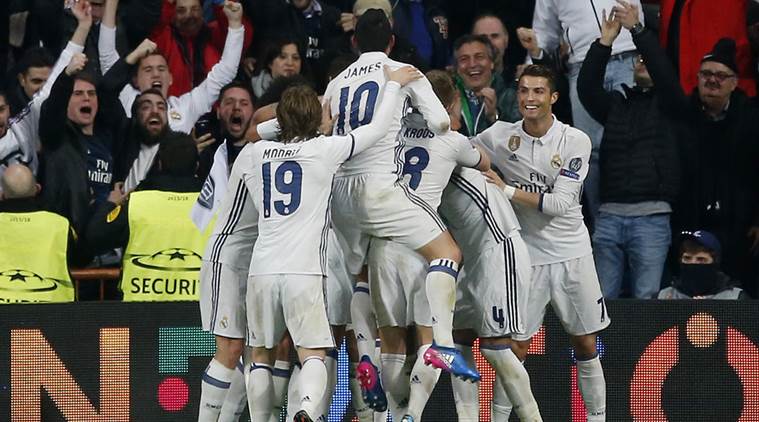 Real Madrid recovered from a goal down to end Napoli‘s 18-game unbeaten run in spectacular fashion at the Santiago Bernabéu.

A UEFA Champions League match between two of the Europe‘s most expansive sides that has always promised much and it did not disappoint this time as well. All four goals had the mark of genuine quality. Lorenzo Insigne drew first blood, spotting Keylor Navas off his line and bending a shot in from 30 meters.

Madrid pulled themselves up together, dusted themselves down and came right back at the visitors. By the end of the 18th minute, this round of 16 first leg was level, Karim Benzema rising to head in a gorgeous cross off the outside of Dani Carvajal’s boot.Benzema went close to putting Madrid ahead before half-time, denied by the post, yet the reprieve was brief for Napoli. Fine goals from Toni Kroos and Casemiro, the second a volley, in the opening nine minutes of the second period gave Madrid a 3-1 lead to take to Naples in three weeks.