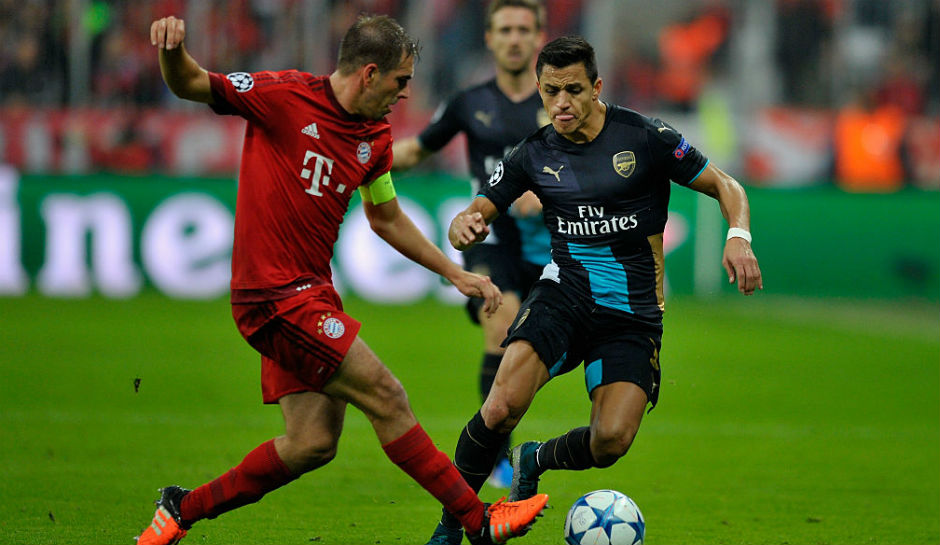 For the second season running, Bayern München were 5-1 winners against Arsenal, three of the goals coming in a decisive 11-minute spell early in the second half. Arsenal faced a seventh successive round of 16 exit, much to the worries of Arsene Wenger, who is facing the ire of Arsenal fans with hashtags like #WengerOut on twitter.

Having thrashed Arsenal by the same scoreline last season, Bayern began positively with pace and looked to involve Arjen Robben more and more right away from the kick-off. With 11 minutes on the clock, that tactic paid off as the winger made a mockery of Arsenal defense and cut inside onto his left foot and, from 20 meters, curled high beyond the diving David Ospina, scoring a stunning traditional Arjen Robben-style goal.

Bayern’s smooth start was suddenly halted, however, as Robert Lewandowski was penalized for a high challenge on Laurent Koscielny on the half-hour mark. Manuel Neuer blocked Alexis Sánchez’s penalty, and the Chilean’s initial follow-up was wild, but he kept his head to control and scored from a volley in the equalizer.

Although Bayern were shaken out of their rhythm, the half-time interval allowed them to regroup and, coupled with an injury to Koscielny that forced off the Arsenal captain, they were able to seize control again. Their right wing proved to be the crucial factor, Robben slipping in Philipp Lahm for a cross that was matched by Lewandowski’s sensational header.

Three minutes later it was 3-1, Lewandowski’s back-heel setting up Thiago Alcántara to slot past Ospina, who was beaten again as the Spaniard’s shot from the edge of the area deflected in off Granit Xhaka.

Bayern crowned a memorable evening with two minutes left, after Héctor Bellerín had been caught in possession; Bayern were in no mood to be merciful, Thiago setting up Thomas Müller to score and complete Arsenal’s misery.