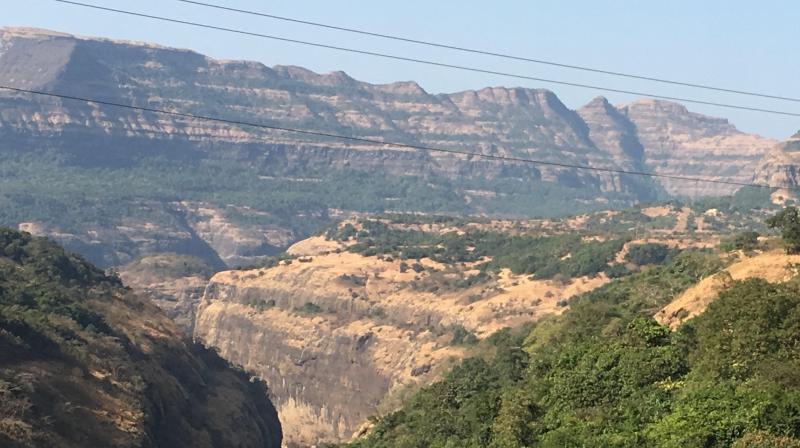 India’s Deccan Traps – one of the largest volcanic features on the Earth – may have formed due to eruptions from two distinct plumes, a new study suggests.

Researchers from the University of Quebec in Canada created a computer simulation to depict events that occurred in what is now India over 60 million years ago.

Deccan Traps is a very large igneous province located in west central India. Its existence has interested scientists because of the huge amount of lava involved – too much to be from a single eruption, researchers said.

Previous studies have suggested it came about due to an eruption associated with a plume that now lies directly below Reunion Island in the Indian Ocean, about 66 million years ago.

The eruption event that led to the creation of Deccan Traps also has historical significance as most scientists believe it contributed to the decline of the dinosaurs by blocking sunlight and causing global temperatures to drop before an asteroid struck the planet, wiping them out altogether.

Petar Glisovic and Alessandro Forte from the University of Quebec created a three-dimensional (3D) tomography-based model that showed what the area looks like today.

The researchers used the model to run iterations of change routines starting 2.5 million years ago which showed events that might have transpired to produce the physical geography that exists today, ‘Phys.org’ reported.

They then ran the simulation to show what happened beginning 70 million years ago.

The researchers found that their model showed two plumes feeding two eruptions simultaneously for about 10 million years – one under Reunion and another called the Comoros plume.

The research was published in the journal Science.

Also Read: How to Avoid Jet Lag while you are travelling