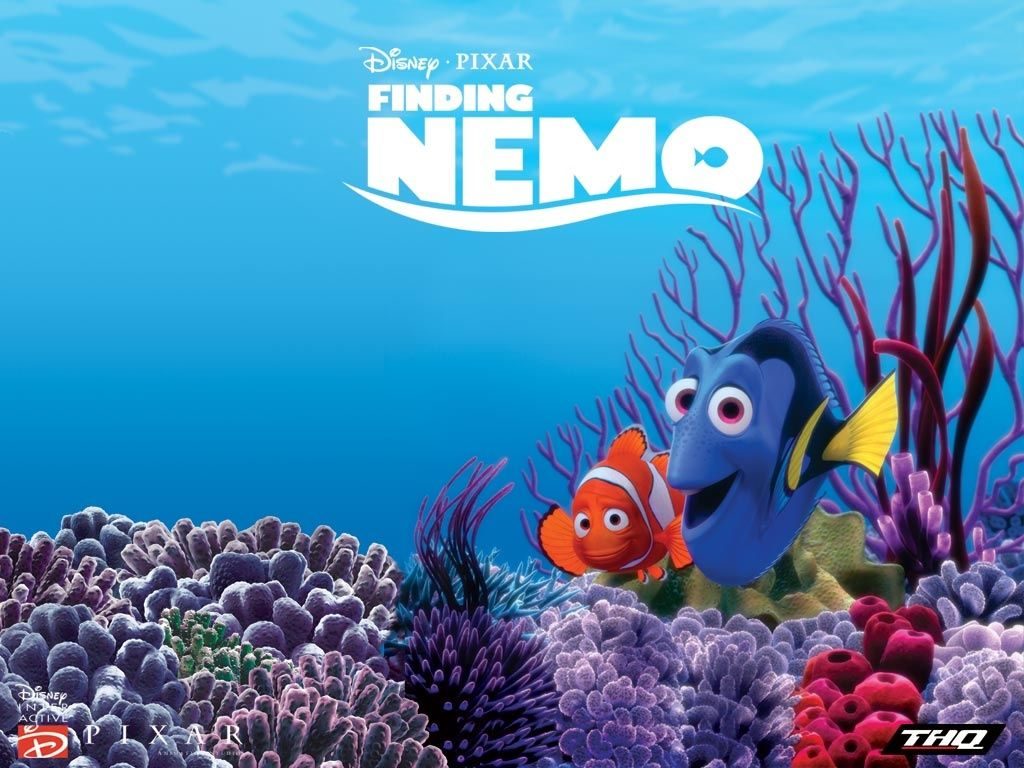 “Toy Story” was the first ever full-length digitally animated movie. Pixar began shooting for this film with Disney in 1991 and after four years of hard work the movie was released in 1995 and became the highest grossing film of 1995, making $192 million in the US, and $362 million worldwide. It created a new revolution in the world of animated movies and the VFX industry. Here, we have created a list of 7 amazing 3D animated movies of the post-Toy Story era. 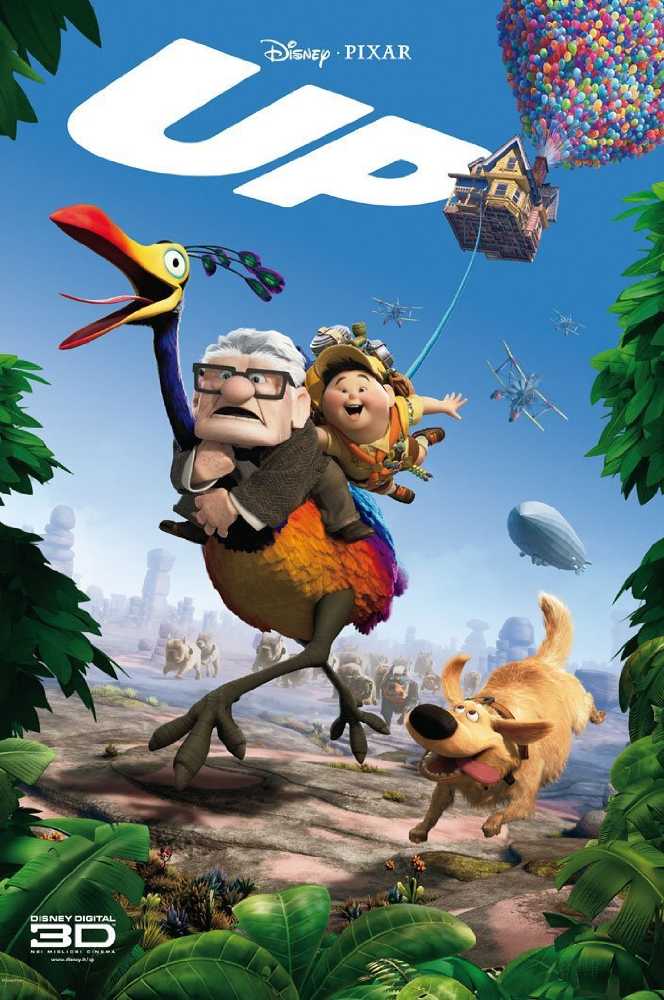 Carl Fredricksen as a boy wanted to explore South America and find the forbidden Paradise Falls. But like all the boys around him, he got caught up in living a ‘normal life’. About 64 years later he gets to begin his journey along with a Boy Scout named Russel with help from 500 balloons. On their journey, they discovered many new friends including a talking dog. Carl and Russel realize that someone evil is out there, planting obstacles for them at every step. Carl soon realizes that this evildoer is his childhood idol. Will they be able to defeat him and will they find Paradise Falls? 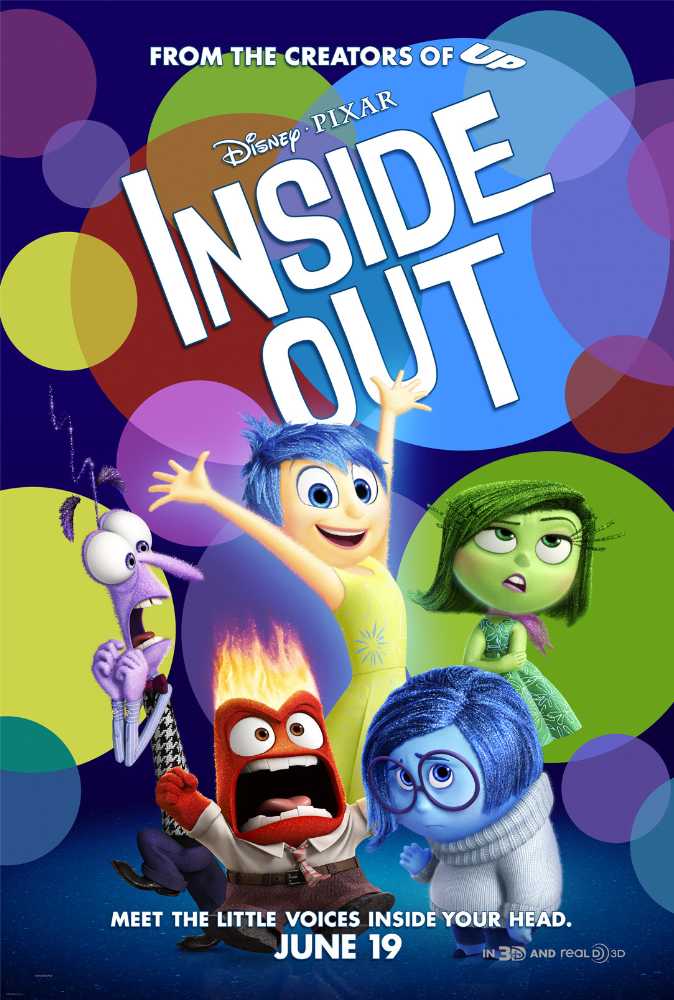 Growing up can be a bumpy ride, and it’s no exception for Riley, who is removed from her Midwest life when her father begins a new job in San Francisco. Like everybody else, Riley is guided by her emotions – Joy, Fear, Anger, Disgust and Sadness. The emotions are actual characters and live in Headquarters (i.e. the Brain), the control center inside Riley’s mind, where they help and advise her through everyday life. As Riley and her emotions struggle to adjust to a new life in the new city, an emotional crisis originates in the Headquarters. Although Joy, Riley’s main and most important emotion, tries to keep things positive and in control, the emotions conflict on how best to navigate a new city, house and school. 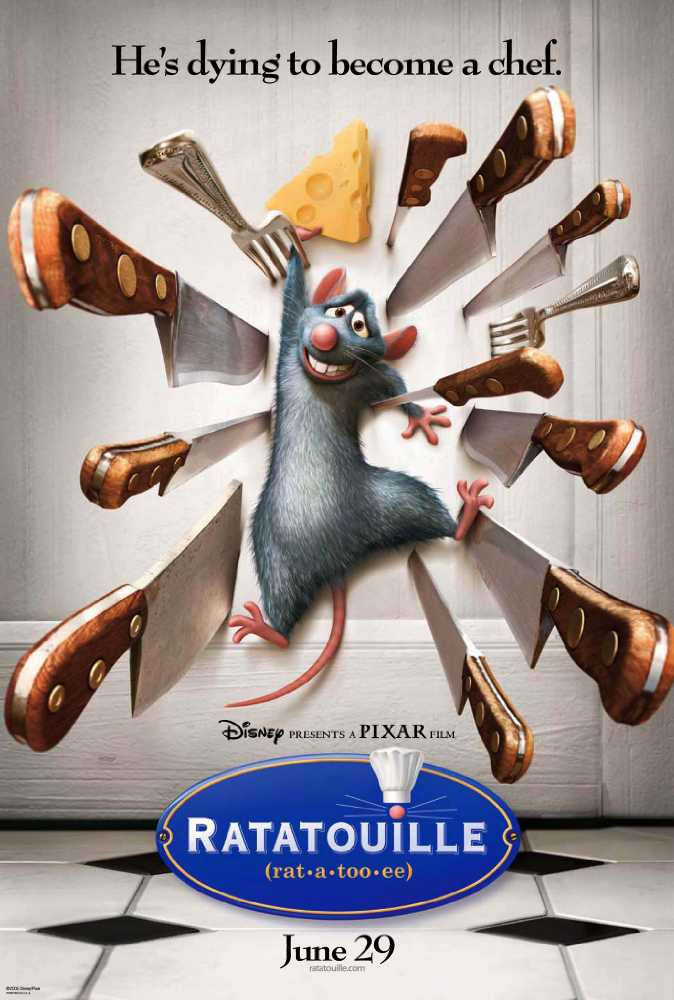 A rat named Remy dreams of becoming a great French chef despite his family’s wishes of being a normal rat. The obvious problem of being a rat in a decidedly rodent-phobic profession is the biggest obstacle between him and his dream. When fate places Remy in the sewers of Paris, he finds himself ideally situated beneath a restaurant made famous by his culinary hero, Auguste Gusteau. Despite the apparent dangers of being an unlikely – and certainly unwanted – visitor in the kitchen of a fine French restaurant, Remy’s passion for cooking soon sets into motion a hilarious and exciting rat race that turns the culinary world of Paris upside down.

4.How To Train Your Dragon 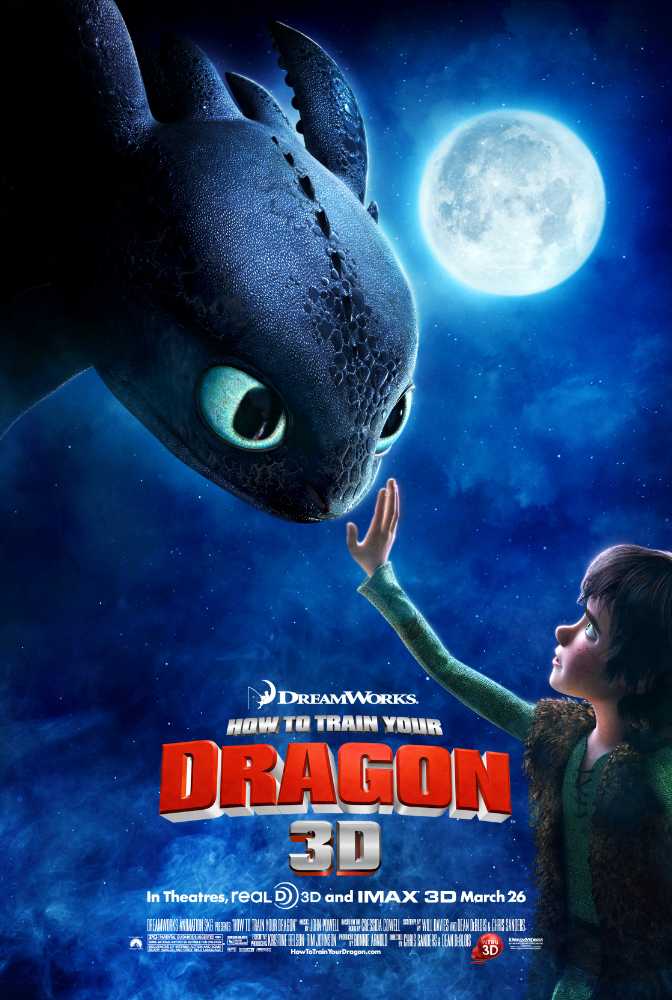 Once upon a time, on the Island of Berk, the young Viking prince, Hiccup, wants to join his town’s fight against the dragons that continually raid and destroy their town. However, his macho father and village leader, Stoik the Vast, will not allow his small, clumsy, but inventive son to do so. Regardless, Hiccup ventures out into battle and brings downs a mysterious and lightening fast Night Fury dragon with his invention. But he can’t bring himself to kill it. Instead, Hiccup and Night Fury, whom he nicknamed Toothless, begin a friendship that would change both their worlds as the observant boy learns that his people have misjudged the species. But even as the two take responsibility to fight this in their own way, they find that they must fight the destructive ignorance plaguing their world. 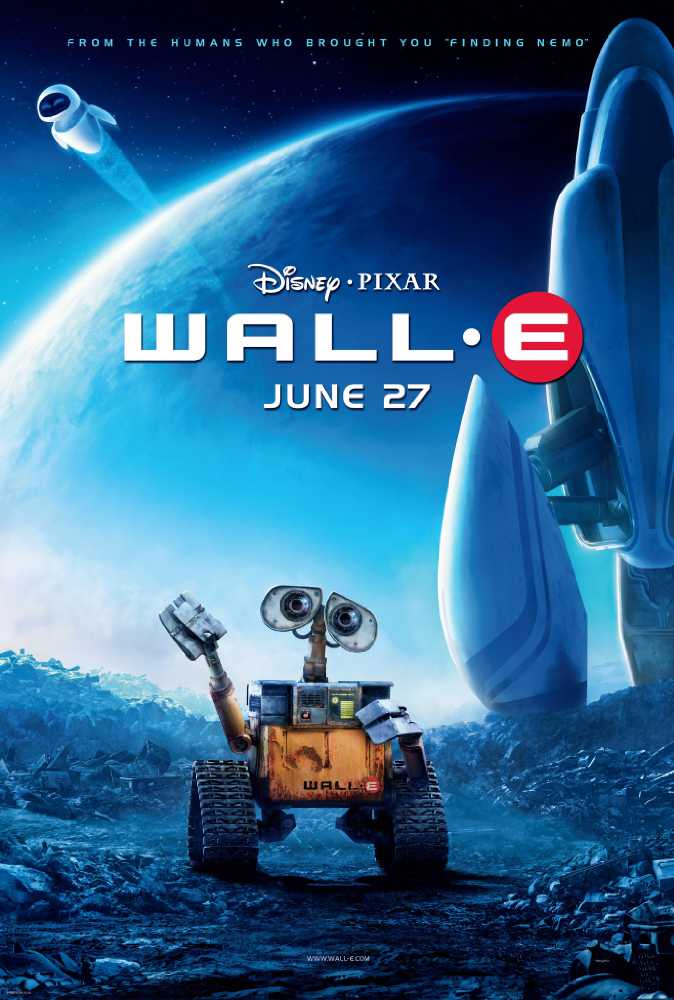 In a distant, but not so unrealistic future, where mankind has abandoned the earth because it has become irrevocably polluted with trash from the products sold by the powerful multi-national Buy N Large corporation, WALL-E, a garbage collecting and recycling robot has been left to clean up the mess. Mesmerized with the remains of Earth’s history and show tunes, WALL-E is alone on Earth except for his pet cockroach. One day, EVE, a sleek and dangerous robot, is sent to Earth to find proofs if life is once again sustainable. WALL-E falls in love with EVE. WALL-E rescues EVE from a dust storm and shows her a living plant that he found in the rubble. Consistent with her mission, EVE takes the plant and automatically enters a deactivated mode except for a blinking green beacon. WALL-E, doesn’t understand what has happened to his new friend, but, true to his love, he protects her from wind, rain, and lightning, even as she is unresponsive. One day a massive ship comes to reclaim EVE and life takes a big turn for WALL-E. 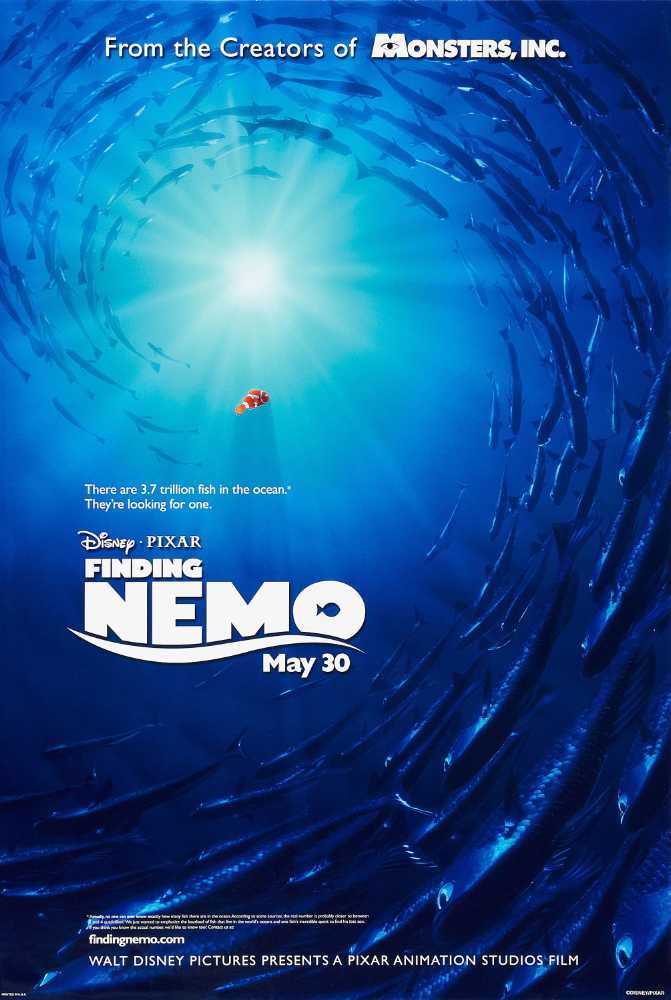 A clown fish named Marlin, who lives in the Great Barrier Reef of Australia, loses his son, Nemo. After he ventures into the open sea, despite his father’s constant warnings about many of the ocean’s dangers, Nemo is abducted by a surfer and netted up and sent to a dentist’s office in Sydney. So, while Marlin ventures off to save Nemo, Marlin meets a fish named Dory, a blue tang suffering from short-term memory loss. The companions travel a great distance, encountering various dangerous sea creatures such as sharks, anglerfish and jellyfish, in order to rescue Nemo from the dentist’s office, which is situated by the Sydney Harbor. While the two are doing this, Nemo and the other sea animals in the dentist’s fish tank plot a way to return to Sydney Harbor to earn their freedom. 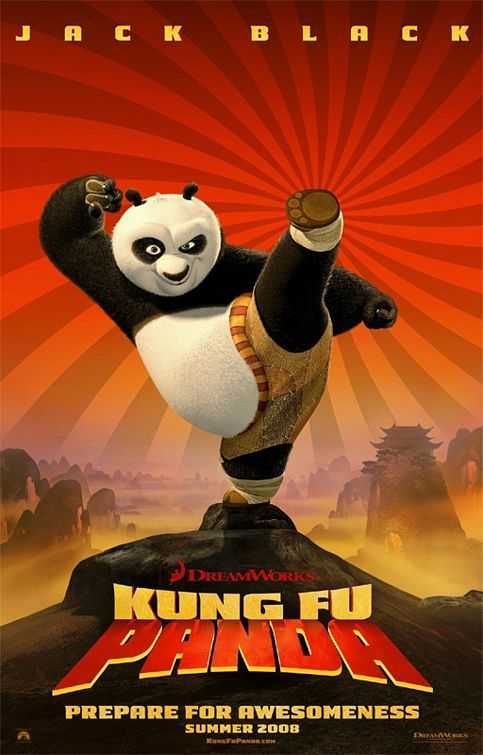 It’s the story about a lazy and foodie panda, named Po, who is the biggest fan of Kung Fu in the small Chinese village…which doesn’t exactly come in handy while working every day in his family’s noodle shop. Unexpectedly chosen to fulfill an ancient prophecy, Po’s dreams become reality when he joins the world of Kung Fu and studies alongside his idols, the legendary Furious Five — Tigress, Crane, Mantis, Viper and Monkey, under the leadership of their Master Shifu. But before they know it, the vengeful and treacherous snow leopard Tai Lung is headed their way, and it’s up to Po to defend everyone from the oncoming threat. Can he turn his dreams of becoming a Kung Fu master into reality? Po puts his heart and his girth into the task, and the unlikely hero ultimately finds that his greatest weaknesses turn out to be his greatest strengths.

ALSO READ: Five Endangered Feline Species that we should care about more