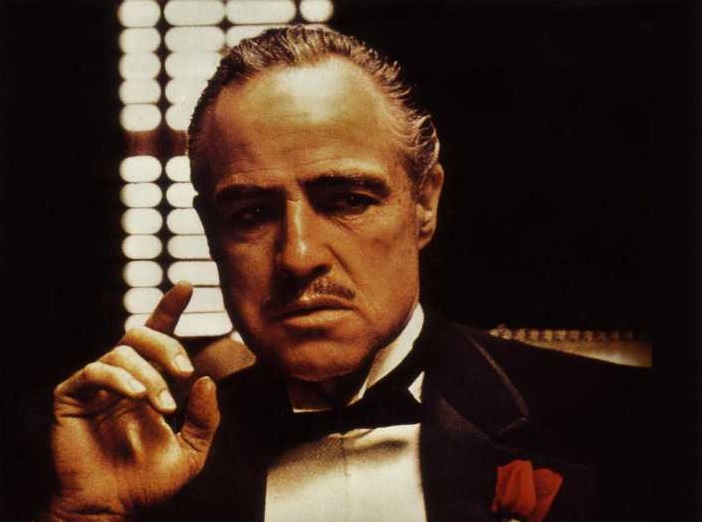 We have incorporated a list of eight must watch English Classic movies that you should not miss: 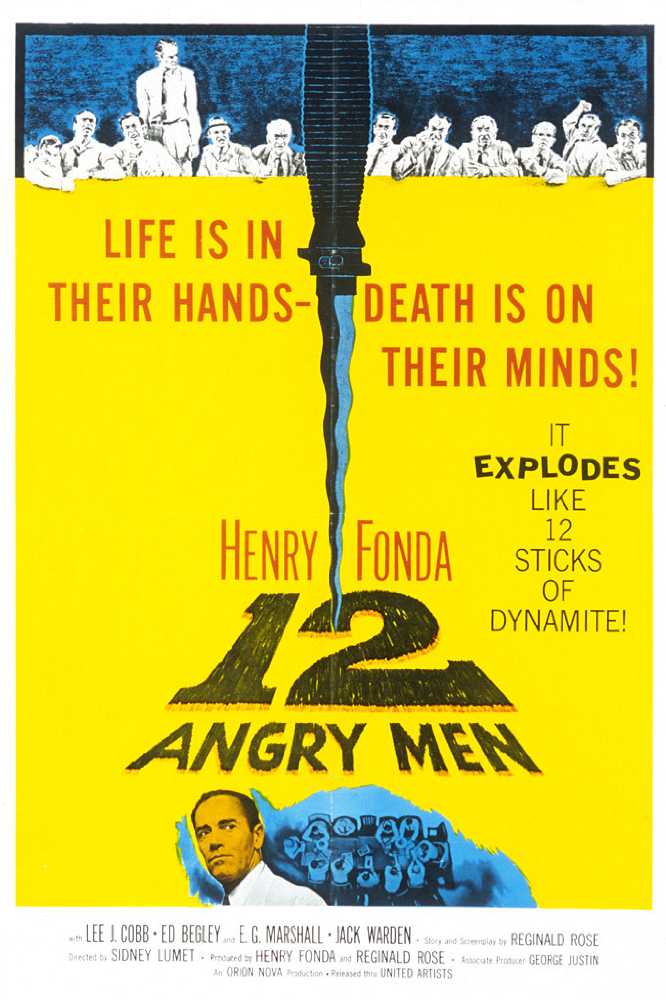 “12 Angry Men” is a must watch movie for every movie buff. Henry Fonda, one of the most legendary Hollywood actors of all time, produced and starred in this 1957 classic. A courtroom drama that revolves around a murder mystery.

A young boy is accused of murdering his father and all the evidence presented in the courtroom points toward the boy being guilty of the crime. A jury of 12 men starts examining the evidence and situations put forward by the lawyers of both parties to decide the guilt or innocence of the boy. To most of the jurors,  it appeared to be an open and shut case with the boy being guilty without a “reasonable doubt”. As the jurors wished to get finished with their jury duty as early as possible, they plan to put the matter to a vote. The decision had to be unanimous for the jury to reach a conclusion. All the jurors voted the boy as guilty, except one, Juror number 8, Henry Fonda. As all other jurors start to question his reasons, what comes next forms the soul of the movie that will grasp your attention and in the end will leave you spellbound. The movie boasts of amazing dialogues, shocking twists and turns and an outstanding conclusion. 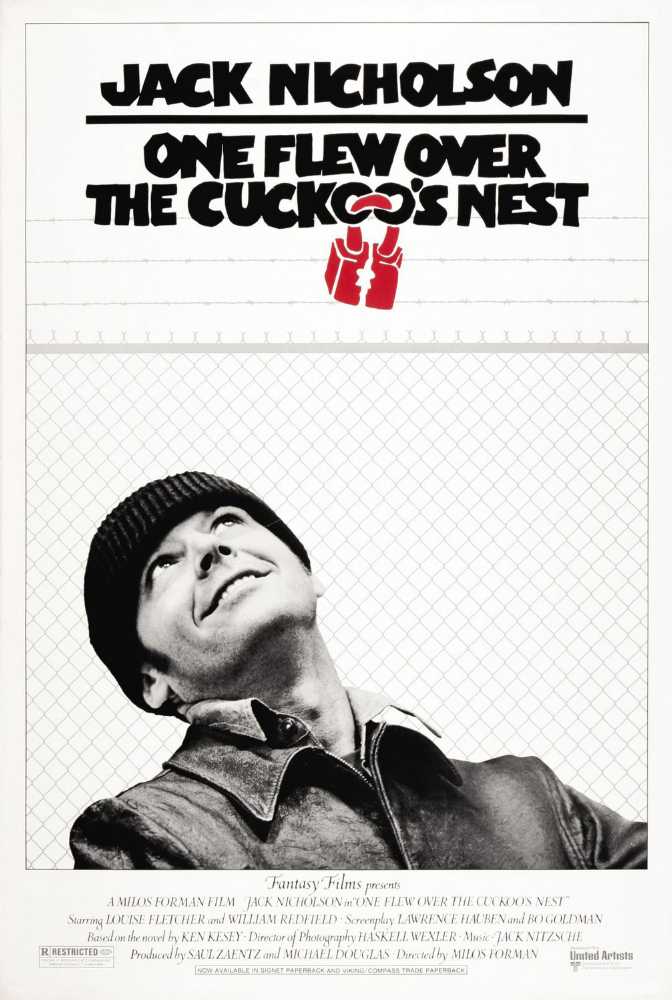 One of the best performances of Jack Nicholson’s unparalleled career, the movie revolves around a criminal who pleads insanity after getting caught again.

Once he enters the mental institution, he starts a rebellion against the oppressive nurse and rallies up the scared patients. Beautifully crafted scenes and plots will certainly leave you emotional for the characters portrayed in this must watch movie.

It was also the inspiration for the Salman Khan and Kareena Kapoor starer “Kyon ki..”(2005). But the real deal is much more interesting and without the Bollywood masala. 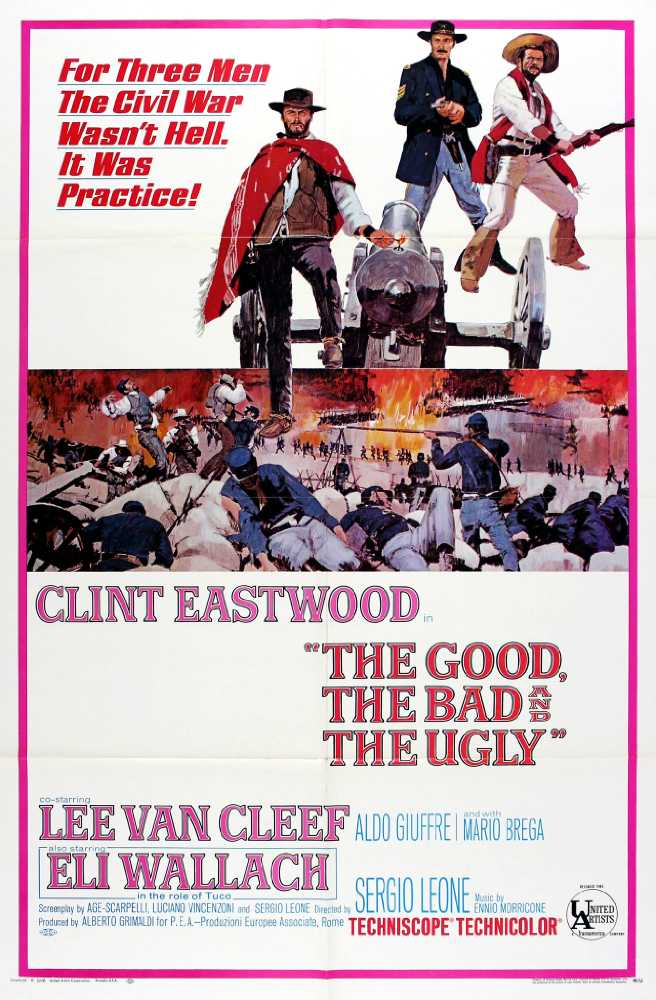 Clint Eastwood (The Good), Lee van Cleef(The Bad) and Eli Wallach(The Ugly) portrayed their respective characters with utter professionalism. The story revolves around a bounty hunting scam which joined two men in an uneasy alliance against a third in a race to find a fortune in gold buried in a remote cemetery. Based in the backdrop of American Canyon during the time of the great American Civil War, the movie consists of beautiful sceneries, Cowboy style action sequences, extremely funny dialogues and plots and a nail-biting climax. 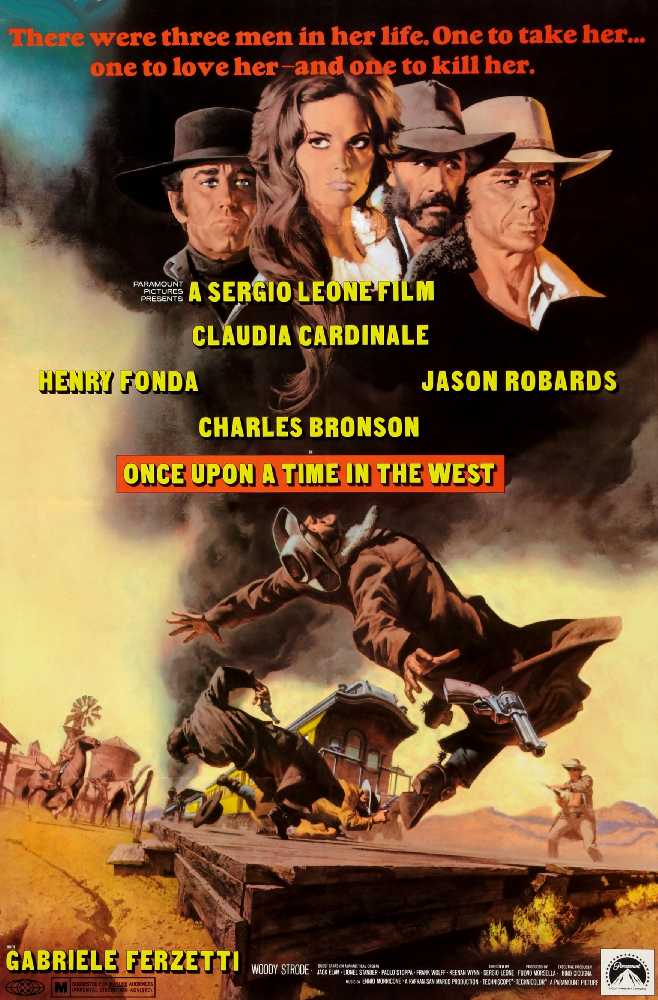 This feature is all about style. It is a story of a young woman Mrs. McBain who moves from New Orleans to frontier Utah, on the very edge of the American West. She arrives to find her new husband and family slaughtered, but by whom? The prime suspect, coffee-lover Cheyenne, befriends her and offers to go after the real killer, assassin gang leader Frank, in her honor. He is accompanied by Harmonica, a man already on a quest to get even. The soundtracks, screenplays, and the power packed performances by the likes of Henry Fonda, Charles Bronson, Jason Robards and Claudia Cardinale will take you back to the good old days. 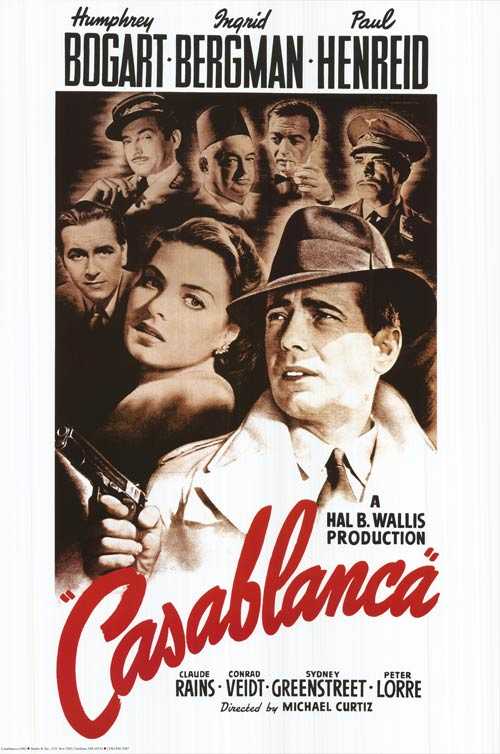 A World War II story that was actually shot during the World War II period. The story revolves around  Rick Blaine, exiled American and former freedom fighter who runs the most popular nightspot in town. The cynical lone wolf Blaine comes into the possession of two valuable letters of transit. When Nazi Major Strasser arrives in Casablanca, the sycophantic police Captain Renault does what he can to please him, including detaining a Czechoslovak underground leader Victor Laszlo. Much to Rick’s surprise, Lazslo arrives with Ilsa, Rick’s one-time love. Rick is very bitter towards Ilsa, who ran out on him in Paris, but when he learns she had good reason to, they plan to run off together again using the letters of transit. Well, that was their original plan…. 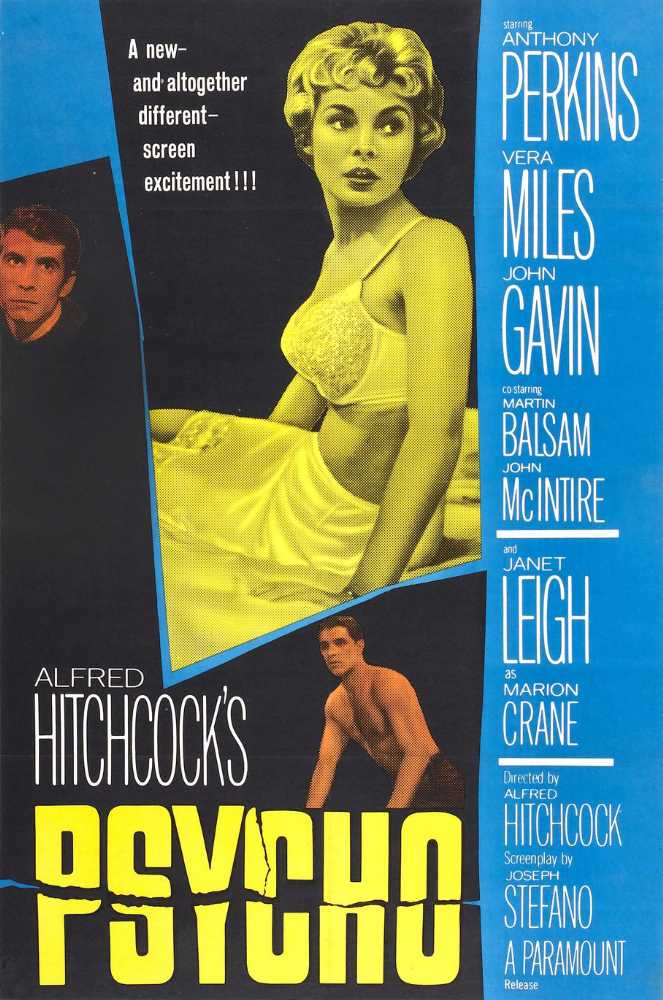 Legendary Writer, Director Alfred Hitchcock was at his creative best in the making of this 1960 Classic which is still remembered as his best work in filmmaking. A Phoenix secretary embezzles $40,000 from her employer’s client, goes on the run, and checks into a remote motel run by a young man under the domination of his mother.One of the most famous horror/thriller movies of all time is a must watch for all Hitchcock’s fans and movie buffs. 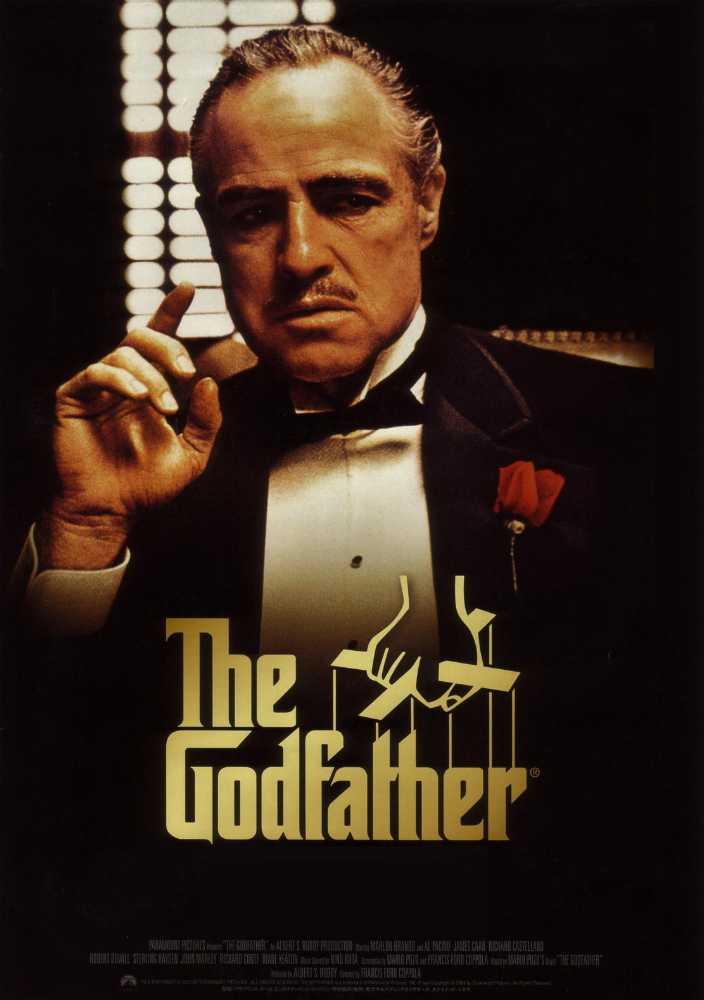 Adaptations of Mario Puzo’s works with the same name, the Godfather movies are a class apart and truly timeless.Mario Puzo is also credited with writing the screenplays for the movies. When the aging head of a famous crime family decides to transfer his position to one of his sons, a series of unfortunate events start happening to the family, and a war begins between all the well-known families leading to insolence, deportation, murder and revenge, and ends with the favorable successor being finally chosen. Marlon Brando and Al Pacino called them the best performances of their lives. The dialogues written by Mario Puzo for the movies are still remembered by new age moviemakers and fans alike. 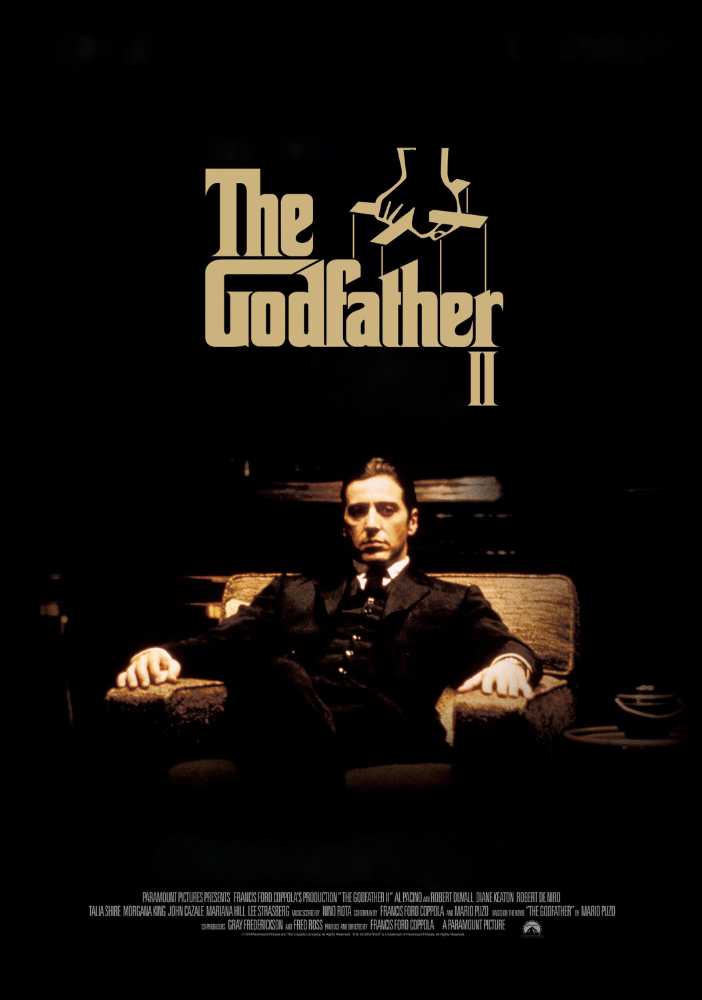 Once you are finished with Godfather I, nothing in the world can stop you from watching the Godfather II. Mentioning one without the other is inevitable. While Marlon Brando was missing from the movie as his character died in the first part, Robert De Niro plays the same character’s early age. There is a III part as well that came out in 1990.