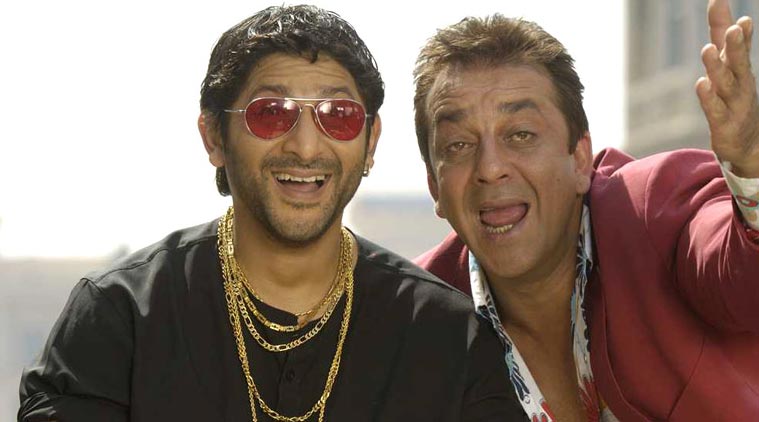 Arshad Warsi is excited to be a part of the third film in the “Munnabhai” franchise, as the actor says its script is “so relevant and funny”. “Munna Bhai MBBS” was released in 2003 followed by its sequel, “Lage Raho Munna Bhai” in 2006.

Now, 11 years after the sequel, Arshad is all set to reprise his role as ‘circuit’ to Sanjay Dutt’s affable ‘Munna bhai’ in the Rajkumar Hirani directed comedy-drama. “It (the film) is so relevant to today’s times. It’s so beautiful. It’s in the same space. It’s funny, emotional and has a message which, if people really listen to, we will have a better place to live in,” Arshad told PTI.
ALSO READ: Phillauri trailer: Catch Anushka in full Punjabi Avatar with Diljit

Heaping praise on Hirani, Arshad said, “It’s good that Raju told everybody about this. It’s nice. It will be great fun. It’s a great script. The thought is beautiful. That’s what Raju looks for. He likes a good thought and then weaves a beautiful story around it.”

Post “Lage Raho…” Hirani had started working on “Munnabhai Chale America”, but it hit a roadblock as the team was apparently not too happy with the script and the 48-year-old actor says someone should make that film.

“That (Munnabhai Chale America) was another fabulous script. It had such funny and emotional moments. It was unbelievable. Raju is very dedicated to his work. He works so hard but if it’s not coming along well, he will drop it.

“He had a problem with the second half of the film. I wish somebody should make it. Or they should just go back, rework and make it. That was just a beautiful script.” Arshad is currently awaiting the release of “Irada”. The Aparnaa Singh directed film, also featuring Naseeruddin Shah and Divya Dutta, will hit the screens on February 17.